The Forex industry was hit with sad news as Jefferies Head of FX David Hitchins passed away. The late Mr. Hitchins left four children behind, prompting his colleagues and friends to launch a memorial fund to support the family.

30 January, AtoZForex – The Head of FX, EMEA at Jefferies London, unexpectedly passed away at the age of 42. After this tragic news, the major American investment bank released a memorandum, honoring David Hitchins. The late David Hitchins joined Jefferies in November 2015, and was also the founder of Alacrity FX. 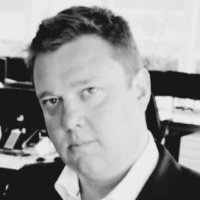 Last week Jefferies' memorandum revealed that David Hitchins passed away on the 23rd of January. After the tragic news was reported, the bank put out the following message:

"We are extremely grieved to inform you of the untimely passing of an important and well-loved member of the Jefferies family. An industry veteran with twenty years of experience trading FX and FX derivatives, David was considered a visionary leader and an incredible team player who possessed a formidable work ethic. He was a loyal and trusted friend to many and a true gentleman. He will be greatly missed by all who knew him."

Support the Hitchins family, donate to the memorial fund

David Hitchins unexpectedly passed away at the age of 42 and left four children behind. Who are all under the age of 18 years. Therefore, to support the family Mr. Hitchins' colleagues and friends launched a memorial fund. The purpose of this fund is to raise $200,000. In order to honor is legacy and establish an education fund for his children:

"We appreciate your support and hope to raise money in David's memory. Help spread the word!"

At AtoZForex, we applaud such act of benevolence. To support the Hitchins family, you can make a donation through the Hitchins Family Education Go Fund Me page. In just two days, people have already contributed over $22,000. Spread the word and help a family in need.

The work of Alacrity FX's Founder lives on

David Hitchins started his career 20 years ago, when he joined WestLB as an FX Options Trader in 1997. Following that working experience, he shifted to Bank of America in 2001 and stayed there for 5 years, holding a position of Global Head of FX Options. In 2008, Mr. Hitchins left Bank of America and joined Credit Agricole, working on the similar position. After two years, he moved to TD being appointed as Global Head of FX Options. However, David Hitchins did not stay with the company for a long.

In 2010 he went on to UniCredit, working as the Global Head of G10 Vanilla Trading. Prior commencing his work at Jefferies London in November 2015, Mr. Hitchins founded Alacrity FX, an automated program trading thousands of algorithmic trading strategies on highly liquid spot exchange rates, and operated it for almost three years.