Concluding BoE’s Super Thursday, the central bank is in no rush to tighten its monetary policy. As a result GBP came under pressure, will this extend further with January UK services PMI?

February 3, AtoZForex –  Previous month the UK Services PMI beat the overall market forecast. In December it gained as much as 1.4 points in comparison with November 2016. Highlighting a strong growth in the sector. Meanwhile, today’s figures were expected to drop from 56.2 to 55.8.

How did Cable react on the reading?

Yesterday, the BoE sent signals that it is comfortable with the current record low interest rates. Squashing the hopes of BoE rate hikes, due to the raising growth forecasts. Meanwhile, the central bank expects that the will become a tad lower in a two years time frame. Due to these BoE reports, the GBP slid from its 7-week high to $1.2530 against USD. 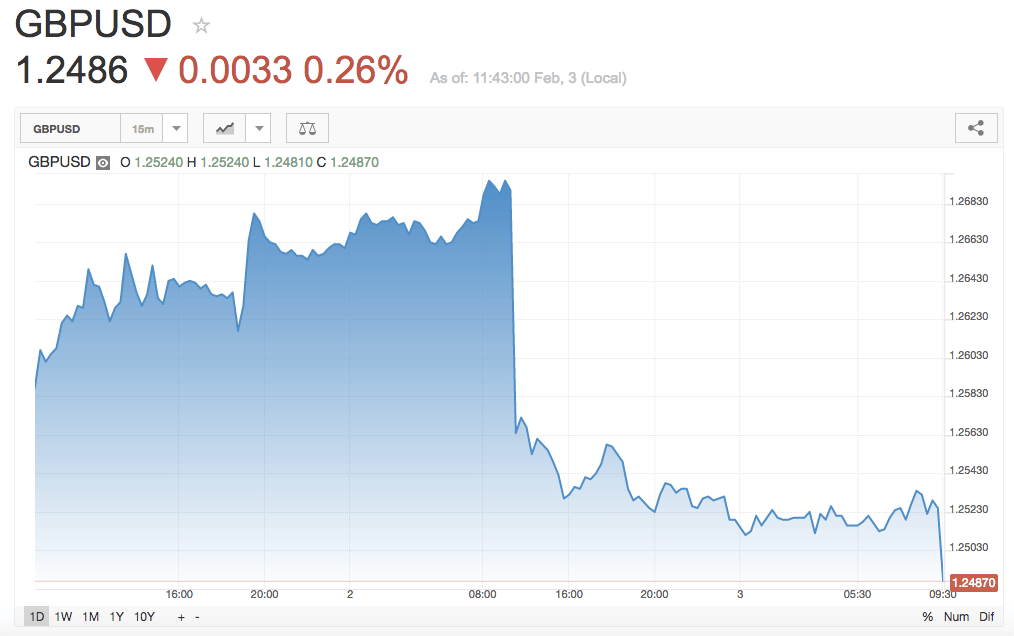 Now after the disappointing January UK Services PMI, the pound  has slid further against its major rivals. Cable took a beating and dropped to 1.2487 post the release. Last but not least, the markets are now turning to today’s big event; the US jobs data.