Israel court classifies Bitcoin as asset and not a currency. The Lod’s Central District Court rejected the appeal that argued profits made from selling Bitcoins isn’t subject to capital gains.

23 May, 2019 | AtoZ Markets – An Israeli judge has classified Bitcoin as an asset, confirming the central bank’s stance. The case involves the country’s tax authority and the founder of a blockchain startup who argues that profits from the sale of cryptocurrency should be tax-free.

Bitcoin is an Asset, not a Currency – Israeli court rules 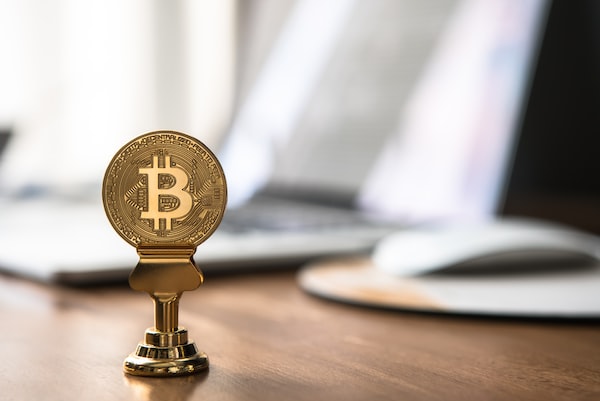 An Israeli central district court reportedly ruled in favor of the country’s tax authority Monday, recognizing Bitcoin as a financial asset and not a currency. Profits on its sale in Israel are therefore subject to capital gains tax.

Judge Shmuel Bornstein simultaneously rejected an appeal by the founder of a blockchain startup who argues that bitcoin should be considered a currency, so the proceeds from its sale should not be subject to taxation. Globes daily financial newspaper reported Tuesday:

The Central District Court in Lod accepted the tax authority’s interpretation, and held that bitcoin is an asset and not a currency, and that the transaction in question is therefore taxable.

Emphasizing that the status of Bitcoin is still undefined in the country, the judge stated in his ruling that “it was hard to envisage a result whereby Bitcoin would be considered a currency for tax purposes in particular,” the news outlet conveyed, noting that the case could reach the supreme court.

Itay Bracha, the managing partner at Israeli law firm Bracha & Co. and the head of the firm’s tax department, shared his thoughts with local daily business newspaper Calcalist. He said:

“The ruling is a signal to all those who have yet to report cryptocurrency-related profits or based their actions on differing legal advice … The ruling is unequivocal, and since it is not new legalization but a judicial interpretation, it applies retroactively.”

According to reports, the case involves Noam Copel, founder of blockchain startup DAV. Globes reported that Copel bought BTC in 2011 and sold them in 2013 for a profit of approximately NIS 8.27 million (~$2.29 million). Arguing that the profits he made should not be subject to Israeli capital gains tax, he told the court: Bitcoin should be classified as a foreign currency, and that his profits should be seen as exchange rate differences received by an individual, not in the course of a business, and therefore should not be taxed.

However, the Israeli district court ruled in support of Israel Tax Authority’s position, proclaiming that Bitcoin is not a currency under the central bank’s definition, so it cannot be a foreign currency as suggested by Copel. Instead, the agency claims that cryptocurrency falls under the definition of an asset, therefore profits on its sale are subject to capital gains tax. Monday’s court ruling obligates Copel to pay a tax of about NIS 3 million. In addition, the judge fined Copel NIS 30,000 in legal costs, the news outlet estimated.

As per the case examination, Judge Shmuel Bornstein said the legal standing of bitcoin is always changing since it is such a new asset. He added that Bitcoin could cease to exist or eventually replaced by another virtual currency, which makes accepting it as a currency for tax purposes a bit difficult.

The Israeli Tax Authority (ITA) has represented in the past that it considers cryptocurrency to be property, and in keeping with this, it taxes cryptocurrency as it does any other transacted commodity.

As there is no particular by-law in Israel overseeing cryptographic forms of money, the ITA has previously clarified that cryptocurrencies will be taxed as capital gains and thus will be subject to 25% tax in the case of private investors. In addition, companies selling cryptocurrencies will be subject to a VAT tax at the rate of 17%, but individuals’ transactions are exempt from any VAT obligations.

As you may recall, AtoZMarkets reported last month that the United States Internal Revenue Service said it was prioritizing issuing guidance on cryptocurrencies after politicians in Congress warned there is still much ambiguity about how the asset should be taxed.

In the United Kingdom, a capital gains tax is also applied when cryptocurrencies are disposed of. This is an indication that they equally viewed as property.

The situation is not different in Australia where cryptocurrencies are also viewed as an asset. On its website, the Australian Taxation Office says that ‘if you make a capital gain on the disposal of cryptocurrency, some or all of the gain may be taxed’.

Do you agree with this Israeli court’s ruling? Let us know in the comments section below.

The Crypto Market Is Preparing for a New Rally – Glassnode

Australian Government Would Harden Regulations on Digital Payments
Forex Crypto
Top 5 Forex Brokers
Top 5 Crypto Exchanges
Your subscription could not be saved. Please try again.
Thank you for subscribing. You will be the first to receive all the latest news, updates, and exclusive advice from the AtoZ Markets experts.
Everyone is reading
Ripple Co-founder Jed McCaleb Stops XRP Sales
XRP Surges Amid Controversial Coinbase Return Evidence
Ripple Agrees to Provide SEC with Company Records
close ×