Ripple’s bearish correction is getting deeper with over 25% dip to hit 36 cents. The following insight is based on the Elliott wave theory.

May 23, 2019 | AtoZ Markets – Ripple is back again in the woods. The cryptocurrency joined the crypto bulls albeit lately when it hit 48 cents last week – the highest since November 2018. However, XRP has now dropped below the previous high of 38 cents after last week Bitcoin fast crash dragged the altcoins along. This latest development has driven concerns that Ripple might go back in the range as was seen most times this year. Meanwhile, from another perspective, it seems the 25% dip from 48 cents looks correction and XRP might just jump once it is over.

XRP remains the second largest cryptocurrency on Coinmarketcap based on market capitalization. In the current correction so far, XRP has lost nearly $5 billion. 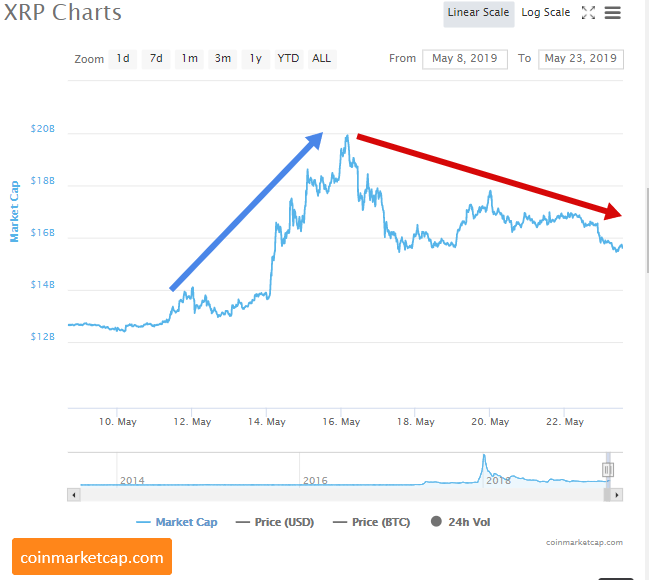 However, as the chart above shows, the decline has taken more time, therefore, looks corrective. Between May 10 and 16, less than a week, XRP gained nearly $8 billion. The current dip that follows has lasted a week and with less than $5 billion depreciation. The next big surge is expected to follow with the market capitalization climbing above $20 billion.

Ripple may be on the downside this week but the chart patterns emerging on its price chart shows the bullish run could return and push it toward a new 2019 high. In fact, XRP price could be among the highest gainers in the next couple of weeks when the next round of rallies could possibly start. In the last update, we continued the bullish impulse wave from the 28.5 cents low. The chart below, used in the last update, identified the current dip as the 2nd wave of a prospective impulse wave bullish run toward 80 cents. 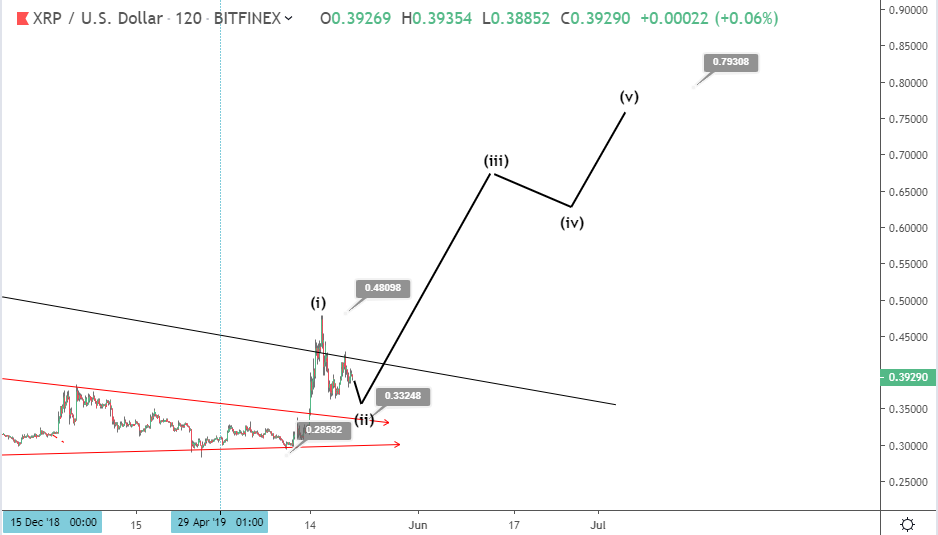 The last leg of wave (ii) was expected to try a retest of the 33 cents previous high turned support level. Price is moving as expected with a dip to 36 cents. Further decline to 33 cents could still happen as the chart below shows. 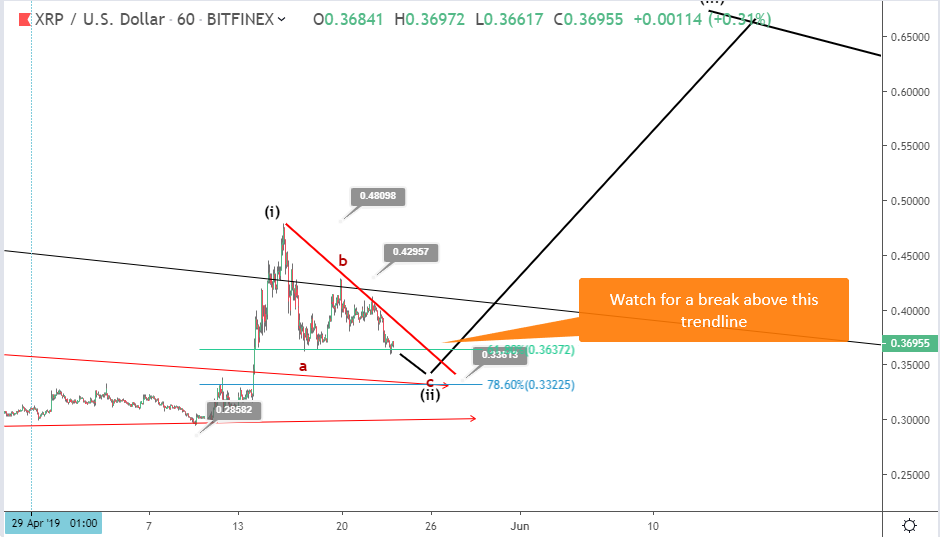 A simple zigzag wave (ii) is close to completion. Sub-wave c of (ii) is ongoing with 36 cents (and 61.8% correction) providing minor support. Further dip to the 78.6% Fibonacci correction at 33 cents (also the retest of the 19 weeks triangle) is expected (though not necessary). A break above the red trendline afterwards could spark the beginning of a strong wave (iii) rally toward 80 cents. Unless the current dip continues to 28.5 cents, a bullish breakout could happen anytime.