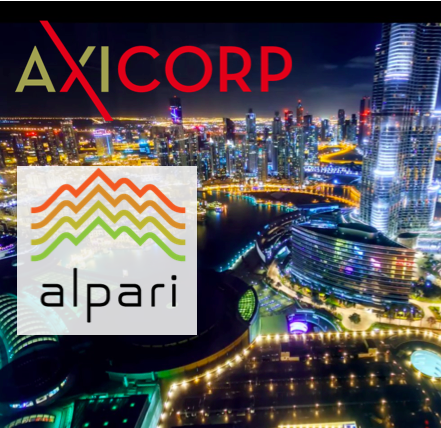 AtoZForex.com Amsterdam — In the aftermath of the horrid SNB, Alpari UK was declared insolvent back in January this year, following the long process of claims processing of its clients. With various industry parties to absorb the senior management and assets of the firm, such a case is the acquisition of a proportion of Alpari UK’s client database by ETX Capital back in March. As the FSCS compensation started recently, more news has hit the industry, rumoring that Alpari Dubai is in advanced talks with AxiCorp for a partnership deal.

As both parties haven’t commented on the rumors yet, independent sources online have stated the likeliness of striking a deal is nearing. AxiCorp, the Australian holding behind AxiTrader, has set their eyes on penetrating the Middle East market through this potential partnership with Alpari Dubai. Hearsay, only the approval of the local regulator is the main obstacle for the proceedings of final negotiations between AxiCorp and Alpari Dubai.

Even though, Alpari Dubai is a separate legal branch of the Alpari Group with its own local license and management, the Middle Eastern subsidiary has experienced some technological issues after the Black Swan event. Reportedly, Alpari Dubai clients’ have lost access to the firm’s MT5 platform in the aftermath of the SNB. Having this said, the Middle Eastern branch of Alpari still possesses over a valuable license of the UAE Securities & Commodities Authority (SCA), beside the branch has one of the most valued assets in the region.

Therefore, it is evidently that the Australian AxiCorp has approached Alpari Dubai for the potential partnership, which is now rumored to be in its final stages. In addition of gaining the essential local license of the Securities & Commodities Authority, AxiCorp will obtain the vital client assets of the Alpari branch in the Middle East. As the maintaining of Alpari Dubai’s operations is substantially expensive for AxiCorp, it is unlikely that the firm will commit extraneous funds for the upcoming office in Dubai. However, due to the lack of official confirmation of both parties on the matter, the question remains: Is Axicorp buying Alpari Dubai?