Cryptocurrency seizes Eastern Europe! This time, we witness the introduction of Blockchain and cryptocurrency in Belarus with the purpose of attracting international investments. Which country is next?

20 July, AtoZForex - This week, Belarus has approved a bill that will introduce many recent IT developments on Belarusian market. Among these are cryptocurrency, Blockchain technology, and even self-driving cars – the things which were either forbidden or considered to be too risky up till now. The officials hope that will provoke many international investors to consider Belarusian market as a field for potential development.

Introduction of Blockchain and cryptocurrency in Belarus

The bill aims to introduce Blockchain technology and cryptocurrency into a wider circulation, both in Eastern Europe and internationally. Hi-Tech Park – Belarusian variant of Silicon Valley – will demonstrate the use of cryptocurrencies, services of crypto exchanges, and the way to launch ICOs with the purpose of crowdfunding.

What is Blockchain technology about?

It presents a main technological invention of Bitcoin - public digital ledger capable of recording not only financial but virtually any kind of economic transactions having value. Block is a part of blockchain which records current transactions, and once the block is completed, it is stored in a database.

The number of blocks is unlimited; one goes after another each time the previous block is completed. With a common access, the database is not bounded to any particular location – the features which make it easily accessible from everywhere. The system operates on a peer-to-peer basis, granting an access only to the ones using Bitcoin cryptocurrency.

In terms of legal norms, cryptocurrency has been a controversial element up until the time when the bill was announced. Now, Belarus takes a huge step towards promoting and legalizing the concept. As to the operation, nuclear power stations of the country will be a source of excess electricity which will allow mining centers to prosper.

Acceptance of Blockchain technology in banking

The possibility to transfer bank guarantees is the first step on the way to the full integration of Blockchain in Belarus, National Bank of Belarus states. Next, the technology is going to be introduced on the market of securities. 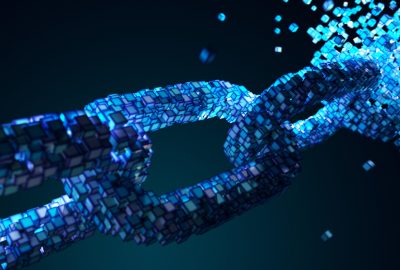 Building A Multichain Experience: Interview With CEO Of Pruf