Is it the beginning of a clean India after introducing new Rupees 500 and 2,000 currency notes. See, India Demonetization Impact on the economy in long term.

28 December, AtoZForex – On the midnight of 8th November, the Bhartiya Janta Party Modi Government makes a sudden announcement to make the currency notes of INR 500 and 1,000 invalid in an attempt to deal with black money. The Indian government has introduced new 500 and 2,000 Rupees currency notes.  This decision affected poor class, middle class and upper-class peoples in India.

Moreover, poor class hardly use debit or credit card for payments and some don't have bank accounts. They have to rush to the ATM and stand in the queue to withdraw money. The dishonest upper class is the worst hit as they stored 500/1000 Rupees note in huge amount. They have two options either to burn the old currency notes or to distribute it among poor peoples. BJP government is very strict for the decision they made. The daily withdraw limit of Rupees 4,000 per day through ATMs and implemented the ban on outward currency remittance. 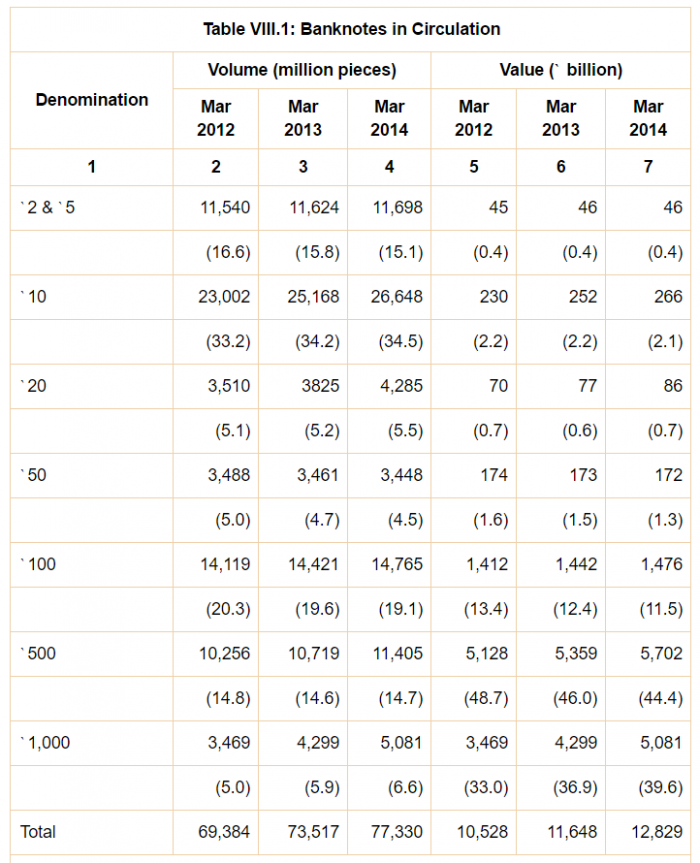 According to data taken from Reserve bank of India official website 5,702 billion and 5,081 billion value notes of Rupees 500 and 1,000 respectively in circulation in 2014.

There are some merits and demerits of Demonization in Indian economy. All though the impact of demonetization is for short term but it may lead India to form a stronger economy in long term.

Black money stored in the form of Rs 500 and Rs 1000 currency notes are taken out from the country. As projected by ICICI Securities the government's plan to scrap ₹500 and ₹1,000 notes will uncover up to ₹4.6 lakh crore in black money. 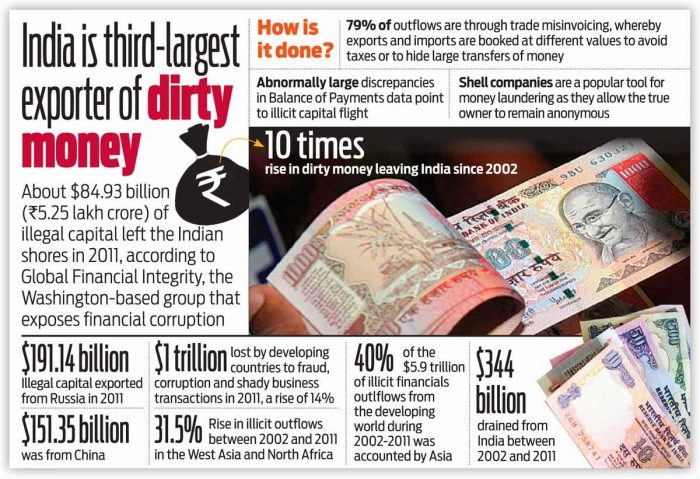 Fake Indian Currency Notes (FICN) network will be ripped to pieces by the demonetization measures. Taking out 500 and 1000 rupee notes out of circulation will have an eternal impact on the syndicates producing FICN's, thus affecting the funding of terror networks in Jammu and Kashmir, North-eastern states and Naxalite-hit states.

The demonetization decision is expected to have extensive effects on real estate. Resale transactions in the real estate sector often have a significant cash module as it reduces the incidence of capital gains tax. Black money was responsible for the sharp gratitude of properties in metros; real estate prices may now see a sharp decline. 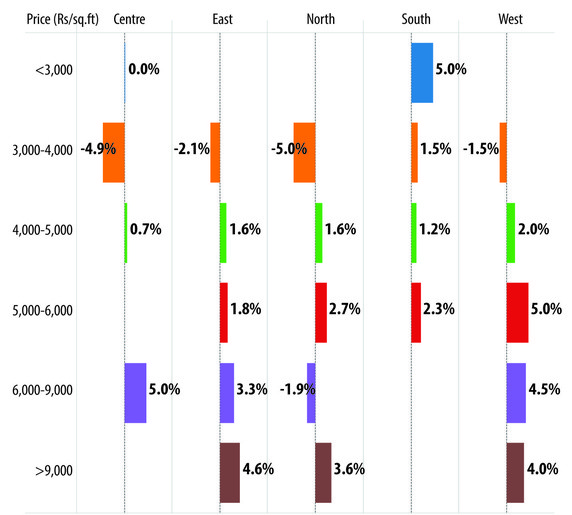 Political parties in crisis ahead of polls

With nearly five state elections in 2017, demonetization has astonished political parties. Especially, in large states like Maharashtra and Uttar Pradesh, cash donations are an enormous part of "election management". In one stroke, big parties will find themselves cramped as cash hoards are often undeclared money. Parties must completely alter campaign strategies in light of expected cash crunch.

Demonetization will likely result in people implementing virtual wallets such as Paytm, Ola Money etc. The demand of online e-commerce business like Amazon, Flipkart, Myntra etc also increased after demonetization. Furthermore, this behavioral change could be a game changer for the Indian economy. Bitcoin and digital payment use have increased. India is on the way to a more efficient and cashless economy. 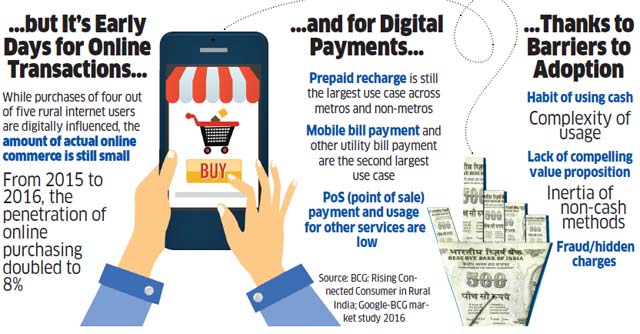 Public will face minor problem for a few days owing to the scarcity of lower denomination notes in the system.