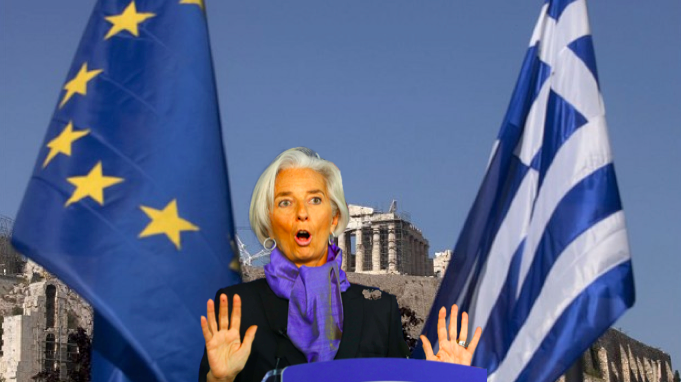 12 June, AtoZForex.com, Amsterdam — Recent news has compromised lots of positive news on a likely deal with Greece and its creditors. Varying from Germany’s willingness to accept the country’s commitment to at least one of proposed economic reform for the release of bailout funds, to the great number of statements by public figure heads on great chance of striking the deal. Only yesterday, a senior EU official indicated that there is a good chance that the upcoming week an agreement could be reached.

However, nothing seem as it is, since it was reported earlier by Bloomberg that the IMF negotiating team at Brussels has packed it bags and left. The timing of the IMF to leave the negotiation table is right amidst the bustling period that the criticism of creditors on the indebted country intensified, as Greece has been refusing to compromise to any demand. In further explanation by the IMF’s spokesman, Mr. Gerry Rice spoke in a harsh and negative tone that: “The ball is very much in Greece’s court. There are major differences between us in most key areas. There has been no progress in narrowing these differences recently.”

After Wednesday late meeting between Francois Hollande, Angela Merkel and Alexis Tsipras, the hope was settled to strike a deal before the upcoming Eurogroup meeting on the 18th of June. However, the hopes have slimmed down with the departure of IMF negotiation team, after no sign of Greece displaying willingness to compromise and lack of progress.

It was reported yesterday by Reuters that the EC Chief Jean-Claude Juncker made it clear during a meeting to the Greece Prime Minister that this will be the final attempt to strike a deal. As an unnamed EU official told the reporters: “If the process was working properly the president would not have had to have a meeting with Tsipras today. President Juncker made a last attempt to make a deal possible.”

Greece is desperate to unlock bailout funds, in order to keep itself funded. The country is facing the major €1.5 billion IMF repayment at the end of the month, as Greece decided earlier on this month to bundle this month repayments at the last minute. However with these recent developments, the indebted country is risking an eventual default and ultimately a Grexit will become inevitable.