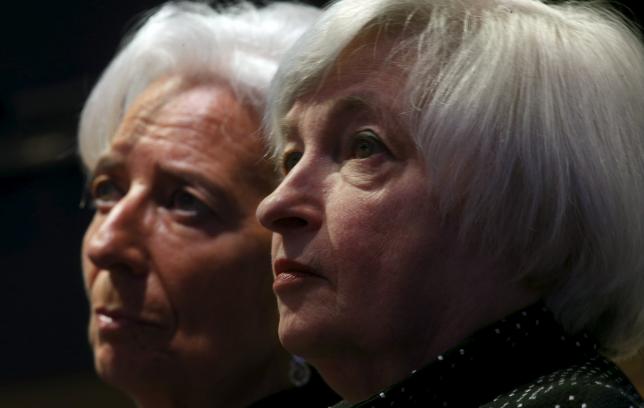 AtoZForex.com Lagos – The International Monetary Fund in its statement on the annual assessment of the economy prescribed that the U.S. Federal Reserve should hold its rate hikes till the first half of 2016. The primary reason for this advice is that the timeframe gives enough room to monitor signs of a pickup in wages and inflation. Also, the IMF estimates that the personal consumption expenditures (PCE), which is the Fed’s favoured measure of inflation will hit the 2% inflation target only by 2017.

“Based on the mission’s macroeconomic forecast, and barring upside surprises to growth and inflation, this would put lift-off into the first half of 2016,” the fund said.

“A later lift-off could imply a faster pace of rate increases following lift-off and may create a modest overshooting of inflation above the Fed’s medium-term goal (perhaps up toward 2.5 percent). However, deferring rate increases would provide valuable insurance against the risk of disinflation, policy reversal, and ending back at zero policy rates.”

As the IMF advices Fed on the timing of rate hikes, the recommendation will bode well with some of the FOMC members who are also lobbying for rate hikes to be delayed till there is a more vivid picture of a sustained economic recovery, considering the mixed nature of the economic data in recent times. One of such members pushing for a next year timimg is Fed governor Lael Brainard, pointing to the fact that the economy shrank 0.7% in Q1. On the other hand, Fed chair Yellen insists that the economic situation is good enough for rate hikes this year.