5 May, AtoZForex.com, Lagos — Following the industry trend of sponsorship deals with sports teams by Fx brokers, IG sponsors Melbourne FC. The UK based broker describes itself as a global market leader in online trading, boasting of offices in 16 countries globally and more than 125,000 active clients worldwide making more than 4.9 million transactions per month. Being Headquartered in London, IG is an established member of the FTSE 250, with a market capitalization of AU $3.96 billion, and net global trading revenue of more than AU $666 million.

The IG Group partnership with Melbourne FC has been confirmed today, as the UK based broker has confirmed that it has 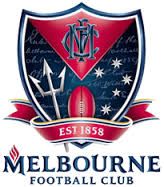 finalised a major alliance with Melbourne Football Club on a two year deal. Melbourne Football Club is an Australian club purported to be the oldest professional football club in the world. The new partnership is contracted to last over a two year span, with IG’s logo permanently featured on the coaches’ apparel and media assets lasting from now till the end of 2016. Also, the deal entitles the broker to gain in-stadium exposure at Melbourne's home games, as well as a strong presence across the club’s digital media platforms.

The Chief executive officer of Melbourne Football Club, Peter Jackson expressed his excitement about the new the partnership saying: “We are absolutely delighted to have entered into a new partnership with IG – a global, market-leading company, It is a mutual benefit for both parties, and a testament to the continued growth of this club – both on and off the field. We are excited about the opportunities for both businesses, and are genuinely optimistic about laying the foundation for a long-term partnership over the next two years.”