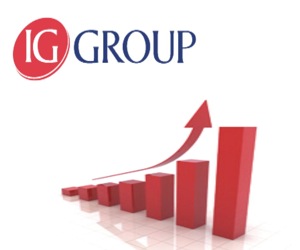 As a result of the CHF catastrophic event which rocked the industry yesterday, a lot of brokers have declared to be either hit by large losses like Swissquote, some reporting insolvency like Alpari and Excel market, some stayed strong as a result of good risk management like IronFx and Plus500.

IG group which reported £30 million in Swiss Franc trading related trading losses with clients, a small amount compared to the size of the cash reserves of the company which according to its last result presentation in July 2014 held over £400 million in cash reserve, reporting  £370 million in revenue and £195 million in pretax profit in its most recent fiscal year (ended May 31, 2014).

The company is therefore in position to acquire forex brokers and takeover their client base in the wake of yesterday’s heavy losses suffered by many in the industry.

More to come as anything can happen as there are already surprises with big name brokers like Alpari already haven declared insolvency.