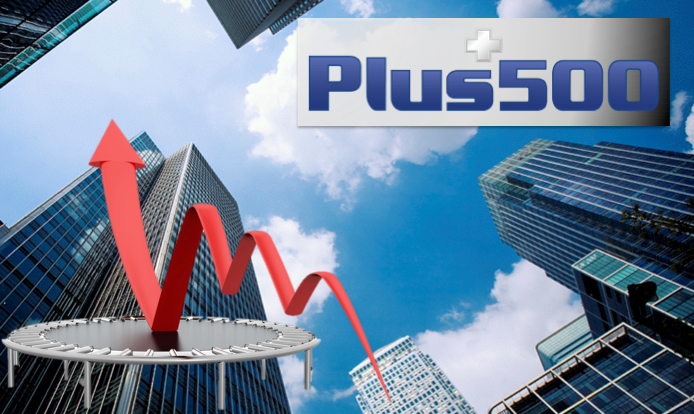 11 June, AtoZForex.com Lagos – Anyone who has closely followed the Plus500 story will know that the company’s situation graduated from bad to worse, until a white knight came along in the form of Teddy Sagi’s Playtech. Following playtech’s bid to successfully acquire a controlling stake in the ailing Plus500, the agreement reached by the board of the companies valued the broker at only 400 pence per share in cash.

Hence, this agreement has put the eventual valuation of the company at £459.6 million, which is close to half of the value the company had about two weeks ago. The cost of acquiring each client doubled to $1,120 during the fourth quarter of 2014, compared to $542 in the previous year. The average revenue per user only increased by 30% over the period, which counts from $1,011 to $1,315 over the same period. The white knight, Mr. Teddy Sagi negotiated an opportunistic offering of £459.6m — equivalent to  400p per share — for the Israeli Plus500, which is little more than half May’s all-time high of 781p.

Better yet, in the worst case scenario, Playtech can still cut its losses and walk away from the deal before its completion. Displaying the favourable position that Playtech is currently in, since the case is scheduled for September 2015. Having played its cards right, Playtech headed down to a remarkable great deal until UK hedge fund Odey Asset Management which has a 25.5% holding in Plus500 came along to oppose Teddy Sagi's offer.

Initially, Plus500’s founders, consisting out of five members, had consented to the offer from Playtech. Signalling the lack of confidence in the FX broker's future, especially after the turmoil Plus500 underwent which was created by suspicions of money laundering. Even so, Odey Asset Management seems to have a plan of its own, considering that the respected UK hedge fund and institutional investor had been accumulating Plus500 shares at the time that the prices fell significantly. It was reported that Odey Asset Management put its total holdings at 25.5%, surpassing even the individual holding of the company founder Alon Gonen. Therefore, Odey Asset Management is pushing for a higher price from Playtech, in case the deal is going sail through which is very likely at the moment.

Having pointed out these recent developments, there are also unconfirmed accusations that IG Group, a UK registered online brokerage rival of Plus500, instigated the investigation of Plus500’s business activities by sending a message to the regulators. Resultantly, these messages could have prompted the scrutiny and eventual freezing of client accounts and Plus500 demise. It is confirmed that IG has made attempts at recruiting some of Plus500’s staff via solicitations through Linkedin. In response, IG Group claims that it is part of its plans to open an office in Israel.

Relating back to the gaming giant Playtech, which is under great pressure for the deal, the firm has come out with a statement: "Playtech regards Plus500's employees as its main asset, and the purpose of the merger is not to cut back its business; it wants to expand and extend it. The company founders have already announced that they will stay employed at the company after the merger, and we anticipate full cooperation with them and the other employees in stabilizing and developing its activity."

The latest update on Plus500 frozen client accounts, have shown that 10,147 customers have updated their identification documents, hence has been able to reactive their accounts again. Also, about 8,457 have been reactivated since it began overhauling regulation of three weeks back. Of the reactivated client accounts, only about 5% of the cases which is precisely 457, decided to withdraw their funds entirely. Aside these actions, 61% of those client accounts that have been unfrozen, started their trading activities again. Nonetheless, the Israeli broker still has at least 14,000 frozen accounts, clarifying that 23,000 people have logged-in again, since the account freeze began in the middle of last month.