The financial services provider HSBC is not planning to offer Bitcoin but likes the central bank's digital currencies.

May 24, 2021, | AtoZ Markets - Noel Quinn, Chief Executive of HSBC, has reportedly told Reuters that he has no plans to launch a cryptocurrency trading desk or offer the digital coins as an investment to customers, because they are too volatile and lack transparency.

HSBC is considered one of the largest banks in Europe, and this notices has not fallen very well with investors.

Meanwhile, this is all happening at a time when the world's first cryptocurrency, the Bitcoin (BTC) has plunged nearly 50% from the year's high.

In addition to this, Elon Musk has given his support, and China cracked down on mining the currency. 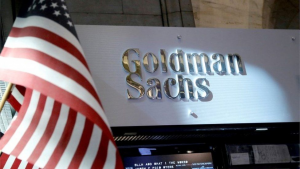 What Are the Bank’s Concerns

HSBC CEO mentioned that BTC’s high volatility and a lack of transparency are major concerns for institutions. “I view Bitcoin as more of an asset class than a payments vehicle, with very difficult questions about how to value it on the balance sheet of clients because it is so volatile,” Quinn added.

However, Quinn said that he was a believer in central bank digital currencies (CBDCs), which several countries including the United States and China are working on.

"CBDCs can facilitate international transactions in e-wallets more simply, they take out friction costs and they are likely to operate in a transparent manner and have strong attributes of stored value," said the bank's director.

He also highlight that HSBC is talking to several governments about their CBDC initiatives, including countries such as Britain, China, Canada and the United Arab Emirates.

Quinn said his scepticism of cryptocurrencies partly arose from the difficulty of assessing the transparency of who owns them, as well as problems with their ready convertibility into fiat money.

"I view Bitcoin as more of an asset class than a payments vehicle, with very difficult questions about how to value it on the balance sheet of clients because it is so volatile," he said.