23 June UK EU Referendum also known as Brexit referendum is probably going to be the most important fundamental event of 2016. While only hours left until the voting polls are opened, many people are still puzzled about this event. What about you as a trader? Are you prepared for the Brexit market turbulence? Or shall we better say, are you ready for a GBP pip-mania?

What is this Brexit vote all about?

UK’s EU referendum, – Brexit is the Britain’s In-Out Referendum. On the 23rd of June the Britain will be voting  to define whether the UK will stay in the EU or leave: as they call it “become independent”.

What will happen after the referendum?

The results of the Brexit referendum is not easy to be speculated already from now on. However, Yagub commented the following:

“Brexit is most likely never going to happen, however it will be giving the UK an extra bargaining power over its EU membership.”

Regardless of the In-out referendum results, the voting day will have a tremendous impact on the UK, EU as well as the world economy and of course every such movement always have direct impact on Forex market as well giving traders profit opportunities.

How to trade Forex in case of Brexit?

Since, the market is all buckled up, eagerly waiting for the actual referendum results. Traders also look into how to trade Forex in case of Brexit. The biggest challenge is to define entry positions by keeping the market exposure to its minimum.

It will be hard to trade British Pound in times of In-Out voting due to increased market volatility. Hence, Yagub believes traders wondering about how to trade Forex in case of Brexit should look more into safe heaven assets, such as the Swiss frank, Gold and JPY.

The main reason why he looks more into the Swiss Frank – CHF, is due to SNB’s recent attempts to offload as much CHF as possible by increasing their other asset class portfolios, such as stocks. 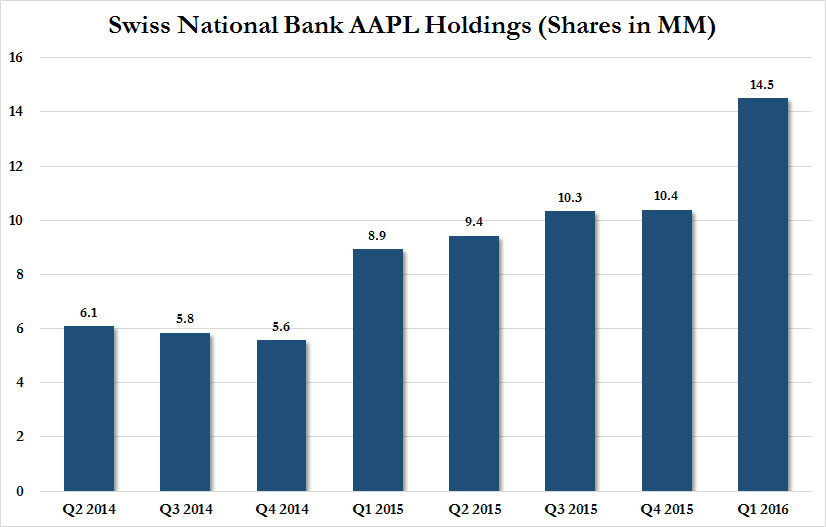 As an example, above you can see how the SNB have increased their Apple Inc. stocks in Q1 of 2016. So, you might be wondering, what is wrong about SNB holding Apple stocks or SNB selling CHF? The answer is this way they are inserting more and more CHF into the economy. However, there is only that much SNB can do! They will be forced to seize their CHF sales once the Brexit vote wave hits the market.

For more detailed information about the Brexit trade opportunities please make sure watch the video analysis.

Also, don’t be shy share which pairs you would be trading with us as well. You can also join AtoZForex forum and create your own threat to share your analysis as well.

MultiBank Group
Test MultiBank Group Now Why MultiBank Group?
Your subscription could not be saved. Please try again.
Thank you for subscribing. You will be the first to receive all the latest news, updates, and exclusive advice from the AtoZ Markets experts.
Everyone is reading
Why Is XRP Rallying When Ripple’s Equity Is Worth Only $3 Billion?
CoinShares Launches Physically Backed ETP in XRP
3 Reasons Why Dogecoin Rose 123% This Week, Reaching $0.13
close ×