June 17, 2019, | AtoZ Markets – Since the creation of the flagship cryptocurrency Bitcoin (BTC), it has been seen as an asset that is not controlled and confined by traditional finance system, and the limitations of traditional economies. Moreover, Bitcoin, created by a pseudonymous individual, is seen as a perfect store of value, in that it is easy to transfer, is cheap to transact, is hard to be manipulated by centralized entities, and leaves virtually zero physical footprint.

At the moment, Hong Kong, which is a democratic Chinese special administrative region, is falling victim to political and economic turmoil. And as a result, many have looked to Bitcoin and other digital assets — as a much-needed escape hatch from fiat and government overreach. Indeed, the Bitcoin was launched in the wake (and seemingly as a result) of the 2008 Great Depression, and many that have since flocked to the cryptocurrency are staunch anti-establishment proponents.

Most recently, it seems that those against the recent actions of the Hong Kong government have found value in the Bitcoin, migrating to it as a means to hedge their bets against financial surveillance and macroeconomic turmoil. 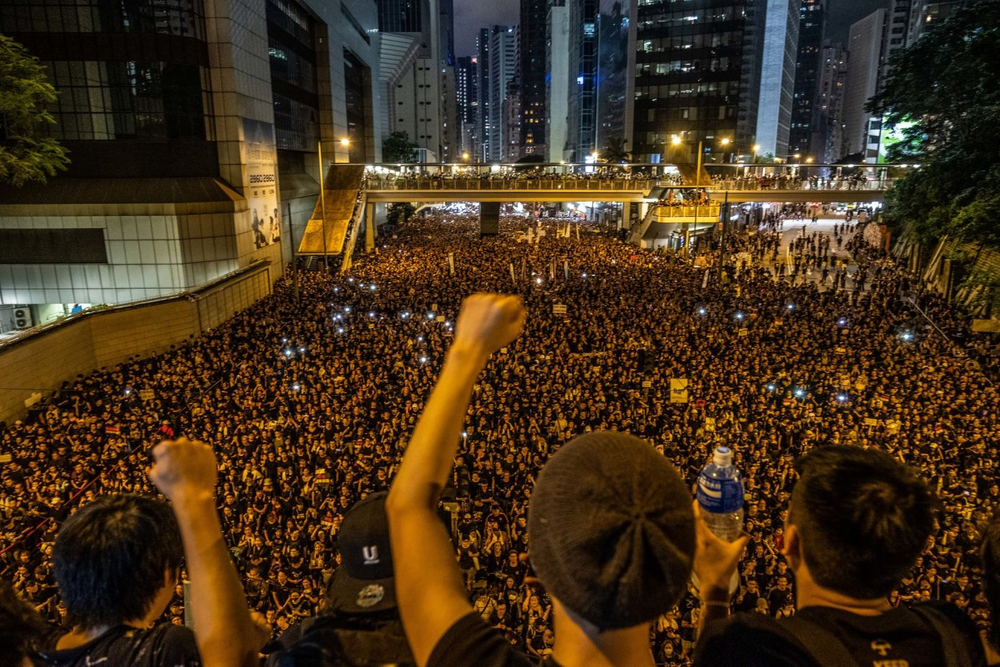 In the past few weeks, Hong Kong has been a hotbed of political controversy. Carrie Lam, the so-called “chief executive” of the island city, brought forward a controversial bill that, if implemented, would allow for those suspected of crimes to be seized and then extradited from Hong Kong to offshore, precisely, to Taiwan, Macau, and mainland China.

This was purportedly done in response to a criminal case, in which a Taiwanese man murdered his girlfriend, fled to Hong Kong, and was caught by authorities. While this legislature has an innocent premise, as there are so-called “loopholes” in the law, many in Hong Kong aren’t too sure that this amendment to the city’s extradition treaties is what it seems to be.

Those against this bill claim that if the new rule is put in place, Chinese authorities will be able to silence any political dissident, outspoken journalist, or “corrupt” businessman/woman as they please, without any regard for the judicial process or human rights. Also importantly, China would be able to seize the assets of any “criminal” in Hong Kong.

This trend, first spotted by Brave New Coin’s Josh Olszewicz, comes as an exclusive from Reuters reveals that;

“Some Hong Kong tycoons have started moving personal wealth offshore as concern deepens over a local government plan to allow extraditions of suspects to face trial in China for the first time, according to financial advisers, bankers and lawyers familiar with such transactions.”

The outlet cites financial advisors, bankers, and lawyers familiar with such transactions. One advisor states:

“It’s started. We’re hearing others are doing it, too, but no-one is going to go on parade that they are leaving… The fear is that the bar is coming right down on Beijing’s ability to get your assets in Hong Kong. Singapore is the favoured destination.”

For many, Hong Kong protests boost Bitcoin price towards the $9,000 USD price mark. One man, who remains anonymous for obvious reasons, has started to move more than $100 million via Citibank to Singapore. Others have been making similar moves, finding ways to siphon money out of Hong Kong to other locations deemed prime.

In a similar string of news, some protestors have decided to ditch the use of fintech accessories and cards, like Hong Kong’s Octopus Card, which allows for metro travel and the purchase of food items at selected locations. This is to ensure that they aren’t leaving any paper trails to their involvement in the demonstrations via centralized ledgers. Bitcoin and other cryptocurrencies are an obvious alternative.

Will some wealthy Hong Kongers choose Bitcoin to protect their wealth? Share your view with us in the comments section below!