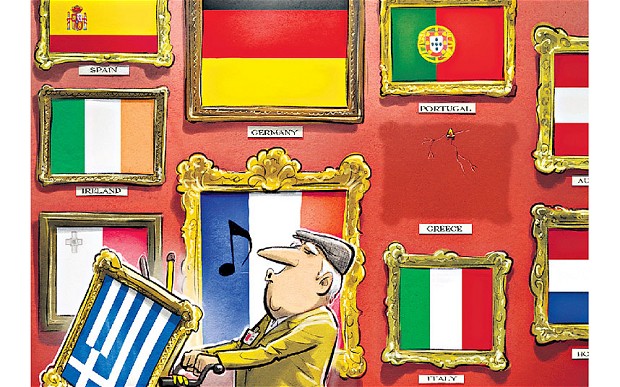 At this point, a Greek default seems imminent, judging from the fact that Greece is yet to satisfy its creditors over the economic-overhaul plan required for the disbursement of additional funds to Europe’s most indebted nation as the latest proposal submitted over the weekend was again seen by it creditors to be insufficient. According to Bloomberg, “A 15-page list of proposals submitted by the Greek government requires more detail and is a long way from serving as the basis of a deal”, three European officials said. Alexis Tsipras has now decided to rally support from his parliament in an effort to secure bailout funds. Antonis Samaras, the ex Prime minister responded to Tsipras’ call for support by saying; “If you touch deposits, if you lead the country on the brink of exiting the euro area, if you legislate more taxes, we will stand against you,” “If you want, in the 11th hour, to save this country together, we will back you.” Tsipras is in a very difficult situation as he risks loosing mass support if he veers off the path he promised to take as regards Greece’s debt situation and further complicated by disagreements within his own Syriza party with two of his his ministers have warned against retreating from campaign promises to end austerity. April 8th the date for the Country’s funds to run out. It seems impossible that a deal would be made before then as the period is also occupied by Easter holidays and may therefore hinder willingness of the creditors to sit down for negotiation meetings.

New Zealand’s ANZ Business Confidence which surveys about 1,500 businesses, asking respondents to rate the relative 12-month economic outlook will be released. This index has been on a steady rise for months and came at 34.4 in the previous month, the highest level recorded in the last six months. The latest release which came at 12:00am GMT showed 35.4, depicting a seven month high in business confidence. According to the ANZ business outlook, Firms’ own activity expectations, employment and investment intentions are all elevated. This puts growth potential at 3% over the year ahead. 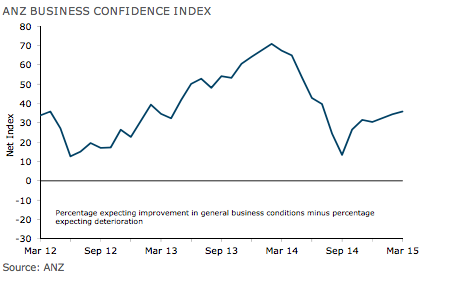 UK’s Current Account is definitely a key figure to watch as the UK elections draw closer. Besides the economic impact of this figure, parties involve will use this as a tool to argue for against their positions. The previous release was a 27 billion deficit, and the new is forecast to come at a 21.1 billion deficit.

Eurozone’s CPI Flash Estimate y/y is forecast to show a -0.3% change in the price of goods and services purchased by consumers, inline with the previous figure. This will be closely watched to see if the recently launched QE has started having an effect on inflation.

Canada’s GDP m/m is due by 12:30 Pm GMT estimated to show a 0.2% change in the inflation-adjusted value of all goods and services produced by the economy, a slight decrease from 0.3% in the previous month.

By 2:00 pm GMT, US CB Consumer Confidence is due, estimated at 96.6, a slight increase from previous 96.4 as consumer confidence declined more than expected in February.