3 April, AtoZForex.com, Amsterdam — The new Greek administration might be planning to have Greece exiting Euro to introduce Drachma back! It looks like Greece won’t be able to make the IMF payment the 9th of April which will be 458m euro and after that the salaries payment on the 14th. The only thing what can save them is a bail-out deal, making the Syriza party is determinant to keep everything running. 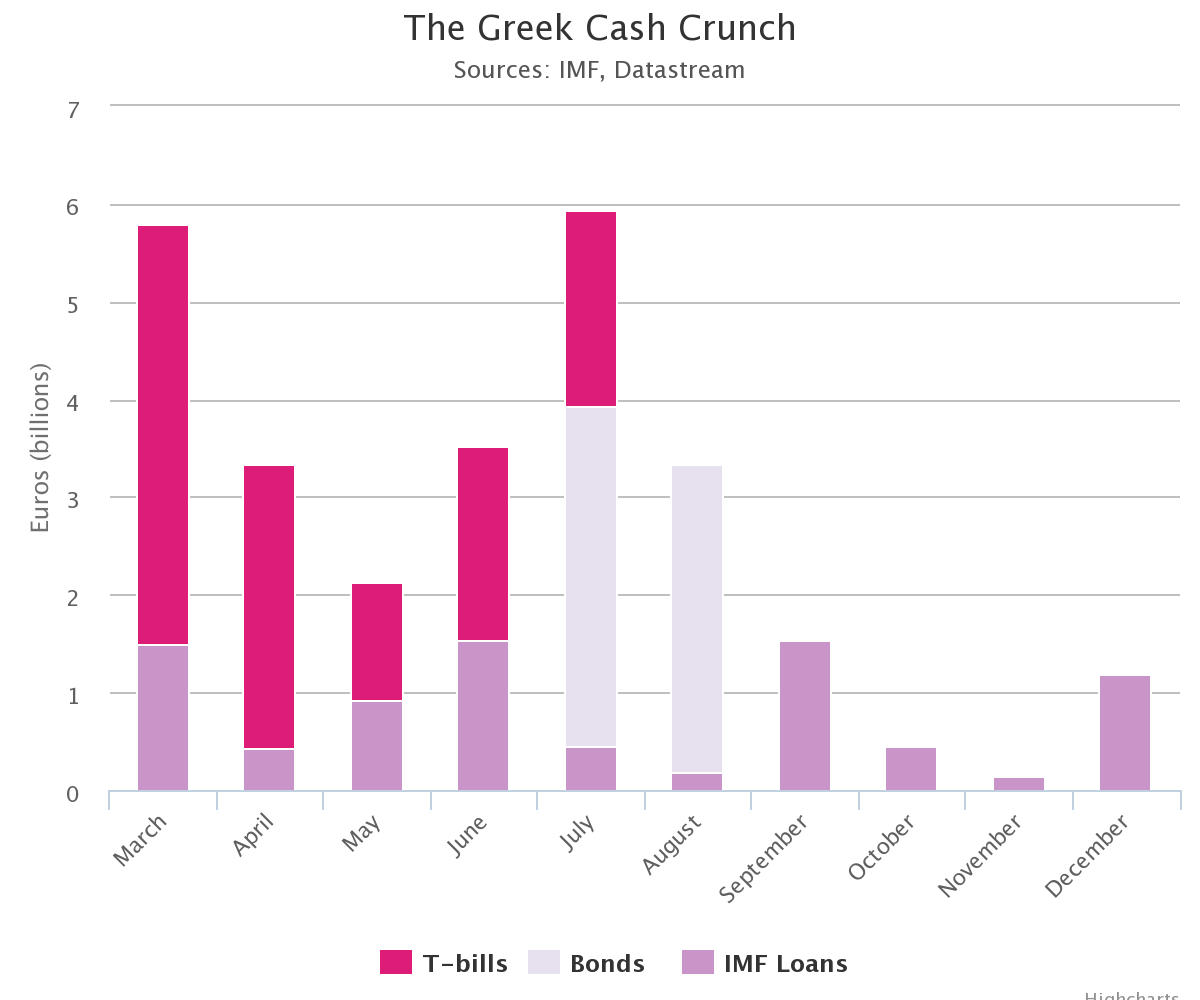 A quote from a Greek official is:” We are a Left-wing government. If we have to choose between a default to the IMF or a default to our own people, it is a no-brainer,” Syriza does not want to have a formal IMF default or will this lead to the escalations in Brussels and Frankfurt?

The situation changed after the Syriza party has won the election in January. The creditors need to realise things have change. And the party will not accept any humiliation or sequestration. The party is aware of the risk they will have when a chain reaction is triggered by the demands of the creditors they even have a fail-back plan. Like closing down the banks and nationalise them will write out some “I owe you” letters. But what they do not want is to be a protectorate of the EU.

As the EU creditor said they want to release funds to cover Greece costs but only if they pay the IMF on the 9th the Greece Ministers do not longer believe the assurances which are given by Brussels.

One of the visions of a Greece official is that they want to make then impopulair with the people so the government will fall. And that Greece will be an example for others.

The party is hoping that the German Chancellor will change the ties for them; this could even go over her head. The BoA (Bank of America) warned for this when Greece would not be able to pay IMF it could be a start of a critical sequence of events. And it will create a parallel default. Even if Greece would be able to meet the 9th of April the next lined up payments are on the 1st on May and the 12 may which will be 200 million and 763 million Euros. Like a Greek official said the country is running out of money even when they borrow it.

The real critical point will be when the creditors refuse the latest bid to unlock funds. Brussels wants more commitment and concrete plans and pledges. They want more than the 26 page list with reforms the received from Greece. Athens hopes to raise 6.1bn Euro in 2015. The will achieve this by clamping down fuel smuggling and tax evasion and an extra tax on luxury goods and change public procurements. Greece estimated funding needs at 19bn Euro over the whole year which and raise fresh tensions over the summer.