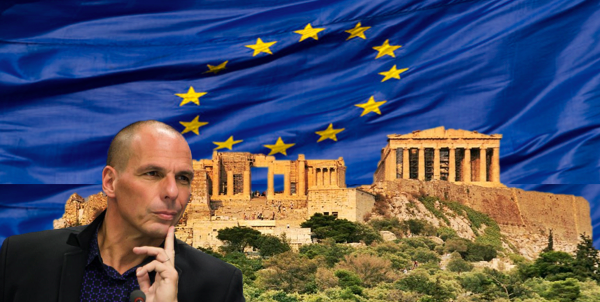 The Greece’s Prime Minister stated earlier that Greece closes EU deal soon with the country’s foreign creditors, which possibly could unlock more loans to the indebted country. Greece’s leftist government has been in intensive talks with its creditors the IMF and European Union for the last four months upon the release of the 7.2 billion euros aid. The long standoff triggered Greece’s liquidity squeeze and resulted in the country’s double-dip recession.

Yesterday on a late night TV talk show, Greece’s Finance Minister, Yanis Varoufakis commented that the involved parties are close to a compromise: “I’d say it is a matter of one week.” He also touched the debt repayments subject, clarifying that the government hopes to repay both the pay wages along with pensions and debt obligations in June. Alongside this comment, the Prime Minister, Mr. Alexis Tsipras publicly stated the following: “we are now at the final stretch before striking a mutually beneficial agreement after long and painful negotiations.”

Essentially, the important deadline to keep in mind is the 5th of June when looking on Greece’s obligation timeline, as Greece will then face another repayment to the IMF. Last week, the country already repaid 750 million euros to its main creditor the IMF. Greece’s Labour Minister, Mr. Panos Skourletis commented on this issue as follow: “We all know that if there is no solution, let’s say until then, in relation to funding, things will be difficult.

Although, the indebted country made progress in their bailout commitments, the EU Economic Affairs Commissioner, Mr. Pierre Moscovici pointed out: “we’re not there yet.” In Berlin Mr. Pierre Moscovici commented to reporters that Greece’s liquidity situation is notwithstanding “tense” and that there is only “very limited” time left to reach an agreement.

Now, Greece hopes to close down a technical agreement with the IMF and the EU as soon as possible, in order to reach a political approval at the Summit of 21-22 May in Riga. According to two European officials, it is highly unlikely that Greece will be able to conclude a technical agreement in the brief timeframe, since Greece already haven’t made enough progress with the Euro-Area authorities.

Even with pessimistic views of some European officials, which wish to stay anonymous, Greece’s Finance Minister, Mr. Varoufakis stays on the positive side: “We will not default, and we won’t reach the point of not paying the International Monetary Fund. We contemplate actions leading to a breakdown, so that we can avoid a breakdown. On May 12, we were not going to pay. And the prime minister had announced this with a letter. And, as if by a miracle, IMF money was found to pay the IMF. Neither we nor they want a rupture.”