20 February AtoZForex, Vilnius – A gradual rate hike is the best course forward? A notable policymaker suggested on Thursday that the Federal Reserve should abide to its plan of raising interest rates gradually since in his view, unemployment is coasting towards 4.5 percent at the tail end of the year and inflation is on course to reach 2 percent in the approaching two years.

John Williams, the president of the San Francisco Fed indicated that his perception has been altered a little since December, when his counterparts along with himself raised interest rates for the first time in close to a decade. They also indicated that they were leaning towards raising borrowing costs four more times by the end of this year.

This was prior to the selloff in the global stock market, that were based on the worries and doubts of an oncoming world recession. The fed halted its policy in January, in an attempt to thoroughly evaluate the extent and uncertainty with which it could impact the U.S. economy.

Williams now appears to be unconcerned

"Despite the Sturm und Drang of international and market developments, the U.S. economy is, all in all, looking pretty good," He quoted at an event organized by the Los Angeles Town Hall. "I therefore continue to see a gradual pace of policy normalization as being the best course."

Aside the statement of Williams that gradual rate hike is the best course forward, several investors and economists have vouched that deteriorating global conditions, inclusive of the slump in the Chinese economy, will further postpone the tightening of monetary policy or eventually even force the Fed to take recourse on its actions. The view of the investors and economists are at direct odds with those of Williams.

Economists surveyed by Reuters now foresee only two rate hikes this year, whereas traders are betting even odds for a single rate hike at best. Williams indicated to the reporters after his speech that he was unconcerned by the China statistics and there were very remote chances of the Fed requiring to set negative interest rates to stimulate the U.S. economy.

Fed Chair Janet Yellen was repeatedly asked about her views on the topic by U.S. Lawmakers at her Congressional appearances in the previous week. She was about the viability of negative interest rates to be implemented, a tool which has been effectively used by the Bank of Japan, The European Central bank and others to combat alarmingly low inflation and promote growth.

The negative interest rate design is where the central bank charges financial institutions for the money deposited with them, which in turn incentivizes lending by the banks and spending and borrowing by individuals and businesses. Williams suggested that if the U.S. economy worsened drastically, the Fed had other options of stimulus such as purchases of assets. He clearly indicated that his path of preference is still that of rate hikes but also reaffirmed that the Fed’s policy will follow data. 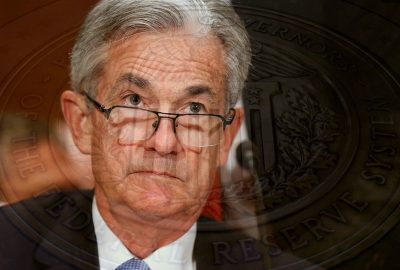