21 January, AtoZForex.com, London – Does a tough 2016 signals a global crisis? Risk-off and growth-off dynamics continue to dictate market price action in 2016, with fears seemingly centred on a slowing China, the potential for further CNY weakness, and the implications of crude oil trading below the levels seen during the Great Financial Crisis.

Against such backdrop, general “risk off” correlations have emerged. Equities have declined, bonds have rallied and the USD along with JPY have strengthened. 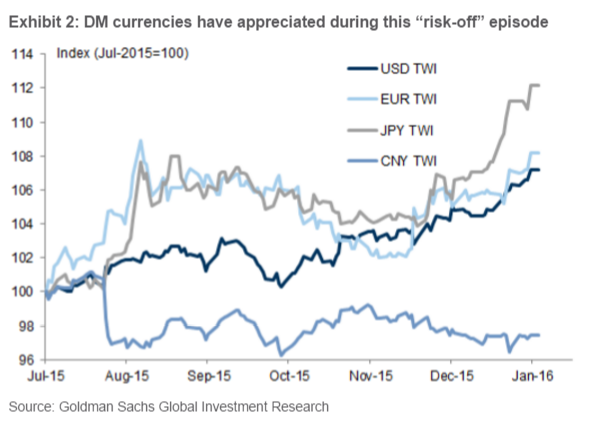 Moreover, Goldman Sachs finds that 15 global equity indices are experiencing a drawdown once more (Exhibit 3). Last year, in August, the drawdown was short lived. Although then equity volatility had rallied even higher than it is at the moment (Exhibit 4), markets quickly regained lost ground. Three months after the drawdown, the S&P index had recovered more than it lost, and other global markets had regained about 2/3 of their losses. 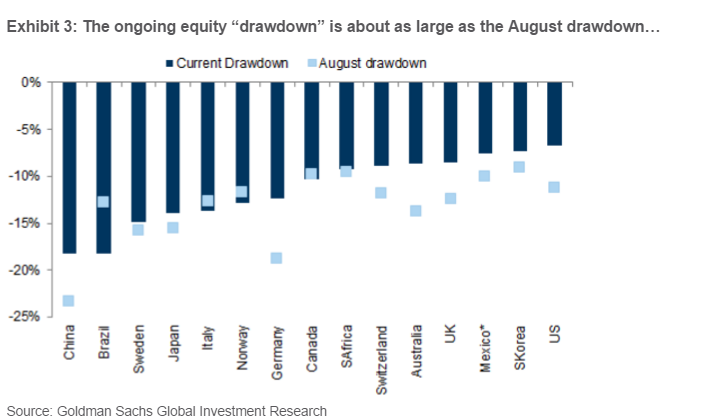 Thus, Goldman Sachs asks is August the correct template for thinking about current economic risks? Or, would a better template be the mid-2011 time frame, when global recession concerns were in focus? Or, perhaps is the current environment shaping up along the lines of the 1997 EM crisis? 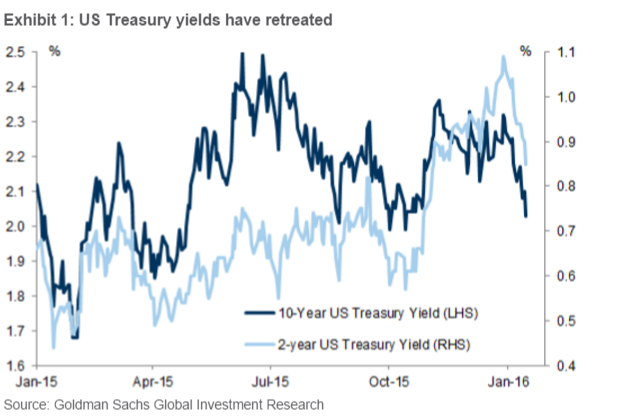 There are several reasons why Goldman Sachs continue to believe that risks of a broad DM recession and risks of an EM crisis are still manageable.

“In short, the US consumer remains healthy, with the US labor market a solid basis of support. China – though larger than the affected EMs in 1997 and affected Europe in 2011 – is better positioned fiscally and financially to contain any potentially systemic and globally damaging shifts,” Goldman Sachs argued.

Even the group of potentially affected emerging market countries this time around are still fairly small, with local currencies that have adjusted, and with stronger balances sheets than in the past.

“If the market continues to price these risks in a wide-reaching fashion, opportunities will likely emerge,” Goldman Sachs added, regarding a possible financial crisis.