22 January, AtoZForex.com, London – Is RMB the culprit behind EM sell-off? The Emerging market (EM) assets have had an especially hard landing going into 2016. Both EM currencies and equities are at their post global financial crisis lows. Over the past month, EM currencies have fallen 3.3% against the USD and 2.3% in TWI terms, following a declines of 14% and 7% over 2015 respectively. 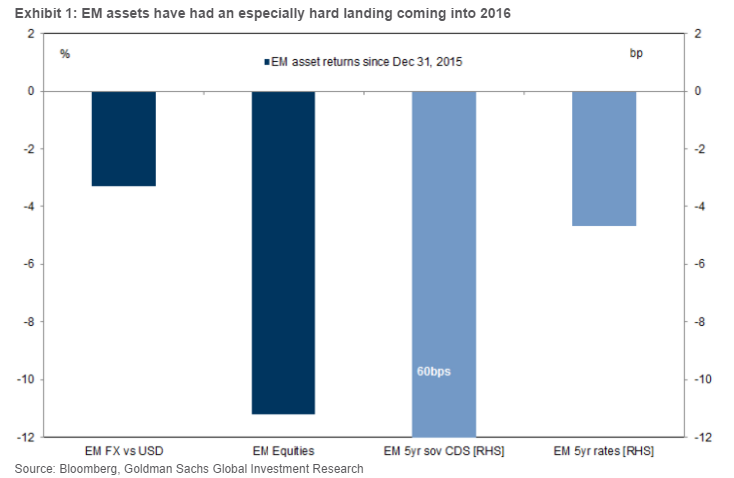 “These recent moves can be attributed to macro concerns surrounding the continued slide in oil prices and uncertainty regarding China’s worries and “bumpy deceleration,” Goldman Sachs explained.

Chinese share sell-off and USD TWI continues strengthening, have put further pressure on the oil prices and the RMB devaluation. With the sudden increase in global risk-off outlook, DM rates have begun to rally. 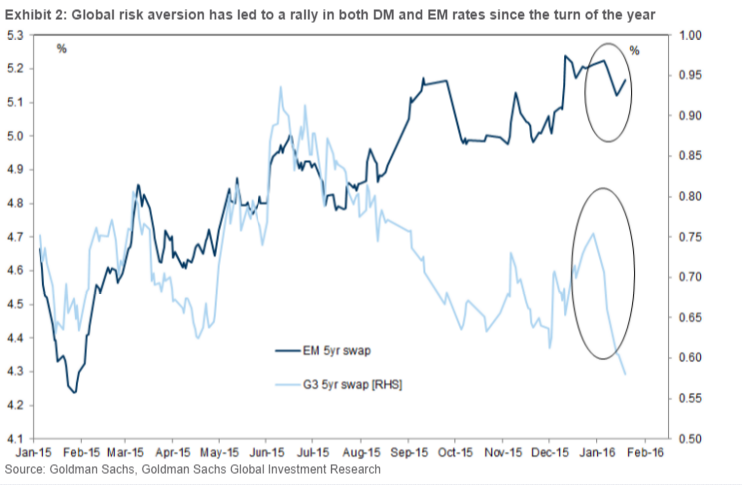 “We continue to see significant FX depreciation risks in places that are exposed to China’s slowdown and currency shift (KRW, MYR), and commodity producers (such as ZAR, CLP). By contrast, we are relatively more constructive on currencies which are further ahead in their adjustment process and have the potential for stronger growth (INR, PHP,PLN),” Goldman Sachs argued.

RMB the culprit behind EM sell-off?

This group would also include single currencies such as the MXN, RUB, and AZN, which have been in the epicentre of the latest crude storm. Among many cross-currents, Goldman Sachs believes the uncertainty over the scale of RMB depreciation is driving much of the FX moves, just like in August of 2015.

“While this means a stable or stronger RMB could therefore send markets higher, as it did last year, further RMB weakness may act as an additional pressure on EM FX beyond NJA currencies, which are geographically and fundamentally more exposed,” Goldman Sachs warned.

Moreover, changes in key policymakers in South Africa and Brazil have increased policy risk premia that has significant spillovers into credit, FX and rates markets. Goldman Sachs forecasts further devaluation in USDZAR over a 12-month period. Likewise, similar concerns are present in Poland and Turkey, where the effectiveness and independence of key institutions have come into question.