11 February, AtoZForex.com, London – It would appear we have a growing conviction in the market that the rapid pace of Chinese capital outflows makes a large, single-off devaluation of the RMB inevitable. Will it lead the EURUSD to 1.04?

At first glance, it is true that China’s balance of payments for 2015, with Q4 data published last week, paints an alarming picture and not to mention the continued drag of falling Chinese stocks. Considering, that the capital outflows materially up to -$742bn from -$311bn in 2014.

This caused FX reserves to fall -$342bn in 2015, even with a rising current account surplus due to cheaper crude oil prices. The reasoning goes that at this pace, losses in reserves are unsustainable and will lead to a one-off devaluation to get ahead of the currency, Goldman Sachs argues. 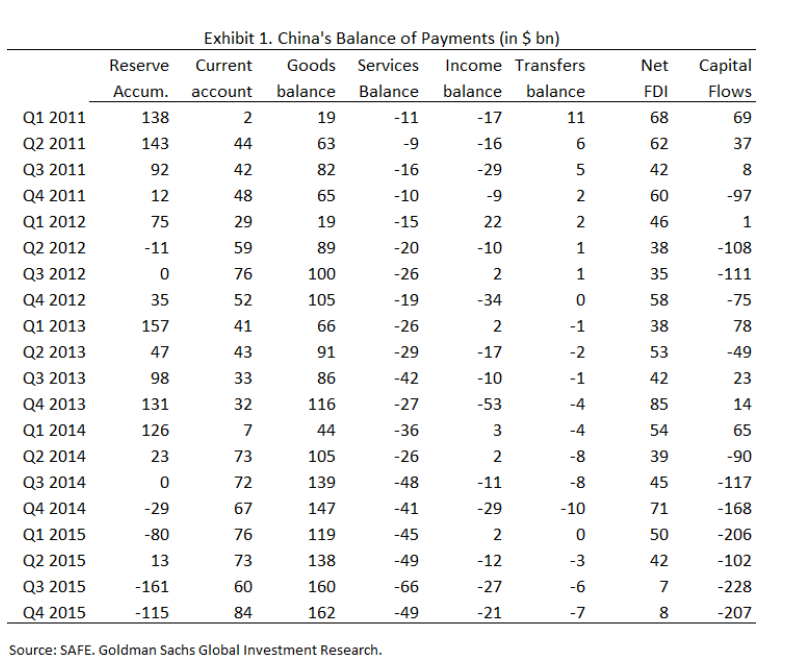 Goldman Sachs agrees that the current regime for the RMB, which sees devaluation in fits, is most likely unsustainable. That is because numerous attempts to devalue the RMB feed anxiety that a significant devaluation is coming. Meanwhile, the benefits of the devaluation are proving elusive, because currencies in the Asian region have sold-off materially, inadvertently tightening, instead of loosening, financial conditions.

“We think Chinese policymakers – like policymakers everywhere –  are “learning by doing,” i.e., are exploring how much devaluation is possible,” Goldman Sachs argues.

If this is true, they are likely acknowledging that their room for maneuver is extremely limited and that RMB weakness is counter-productive. 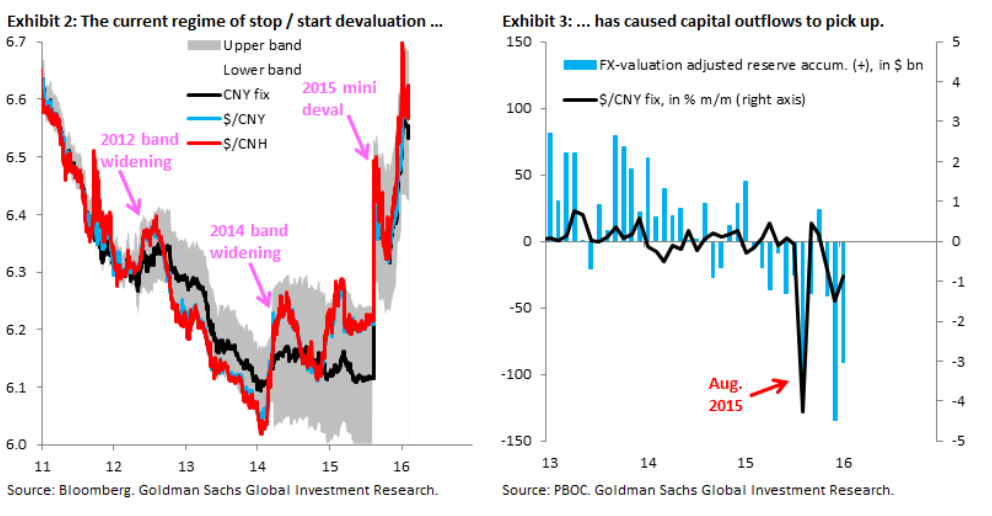 As a result, “we think an exit from the current regime of periodic devaluation into a more stable RMB is more likely than a large, one-off devaluation,” Goldman Sachs noted, and projects: