Gold finally surges above an 8 weeks range as it hits its highest price since August. The US inflation data came worse than expected at 0.1% against the expected 0.2%.

Gold price gained massively on Thursday with a huge bullish momentum to trade at its highest since late August. Earlier in the week, the bears threatened, drove price close to late September 1180 support. The US inflation data came worse that expected and added to a bearish Dollar. The current price surge has seen Gold gained about 250 Pips which is about +2%. The 1208-1214 barrier which was held for about 8 weeks was easily taken out as the yellow metal trades in excess of 1210.

In the last update, we expected a break below 1180-1182 to see price drop further to 1175 and 1165. Price stayed above 1182 yesterday despite the fast bearish move that followed the Chinese rate cut last Sunday. Above 1182, there was 1192 intraday resistance that needed to be taken out to confirm the end of the sudden bearish move. The chart below was used in the last update. 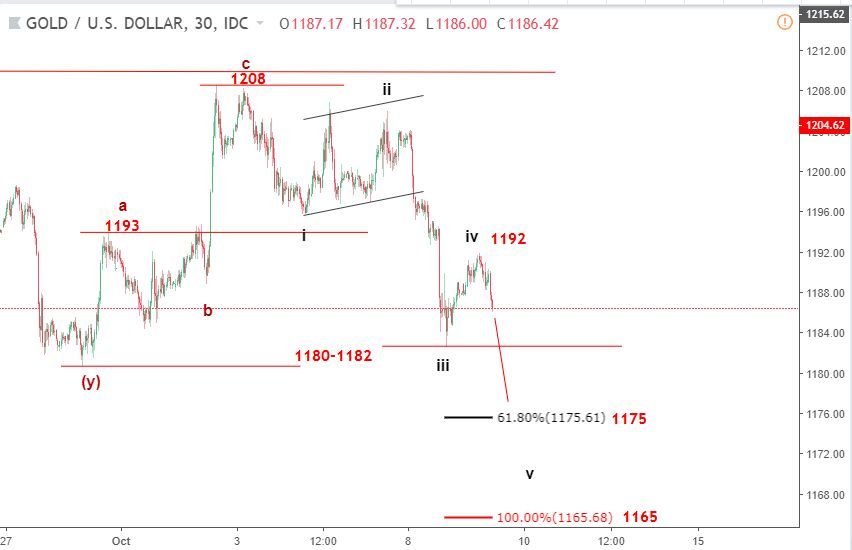 The bearish drive from 1208 was halted at 1182 as price formed an intraday reversal pattern. The reversal pattern was quickly followed by a strong bullish move above 1192 to terminate the idea of a bearish impulse wave below 1180. the chart below shows the new update. 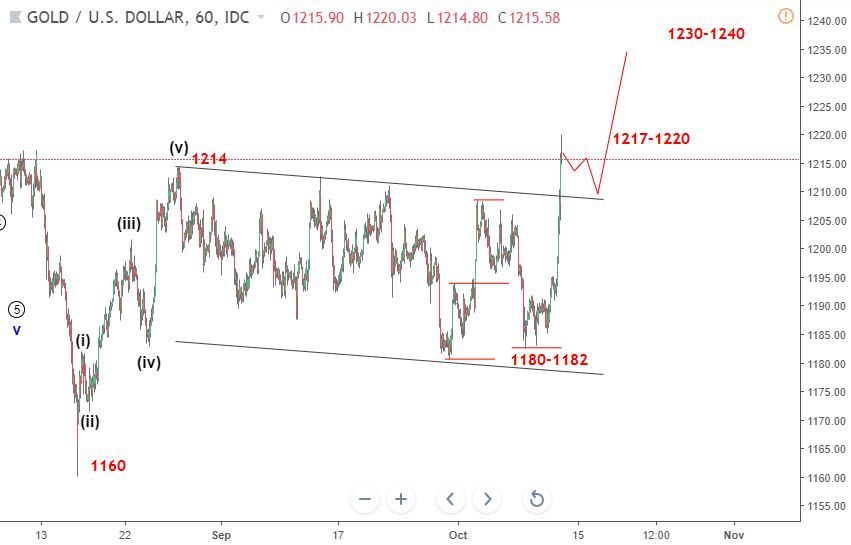