June 20, 2019, | SQUARED DIRECT – Following yesterday’s FOMC meeting, Gold price exploded and stopped just shy of $1400 as the world digested the increasing easiness of central banks policies. The Fed had confirmed their dovish stance, with nearly half of the voting FOMC members, expect two cuts this year.

The FOMC has left rates and policy on hold, as expected, but has signaled to the market an easing bias by dropping language saying it would be ‘patient’ on future policy adjustments and that they are closely monitoring and will act as appropriate. Gold, which is correlated to the bond market which was already expecting significant rate cuts for this year, has moved higher with the 10 year US yield falling to 2.038% from a prior range of between 2.053% and 2.099%, well down from the 2019 high of 2.80%.

Gold price skyrocketed during yesterday’s and today’s morning session and printed a high of $1393.72 per ounce, a level that has not been seen since 2014. Even though the price has retreated by more than $10 from the top, the momentum is still bullish as the yellow metal is still in the overbought zone. The price is currently trading just above the 1380 level and we expect a little drawdown in the prices after this overextended move. The level to watch will be the $1375.16 support level. 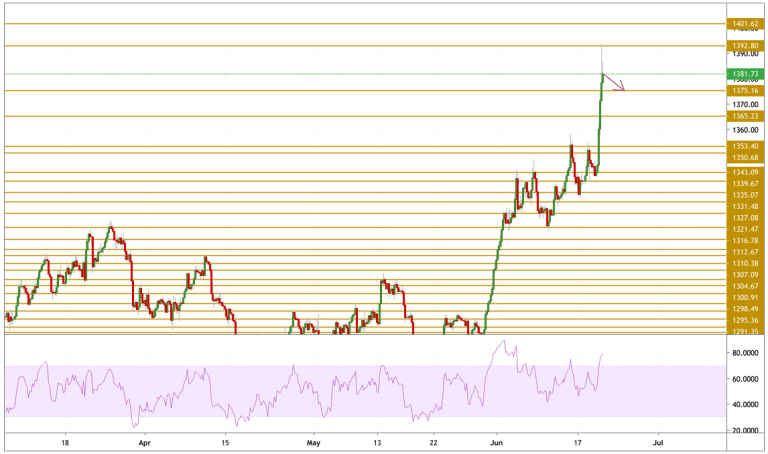