Gold has gained 10% since August and now trading at its highest price since January. What will happen next? The following give insights based on Elliott wave theory.

December 28, 2018 | AtoZ Markets -Gold hit 1280 this week - its highest price since June. In the first three quarters of the year, the yellow metal was bearish. The bearish move continued in mid-June and extended to mid-August losing 11% in the process. Price has however picked since then - making a 10% bullish run from 1160 to 1280 (1200 Pips) in less than 5 months. The rally from 1160 was expected to be corrective before the bearish trend resumes. 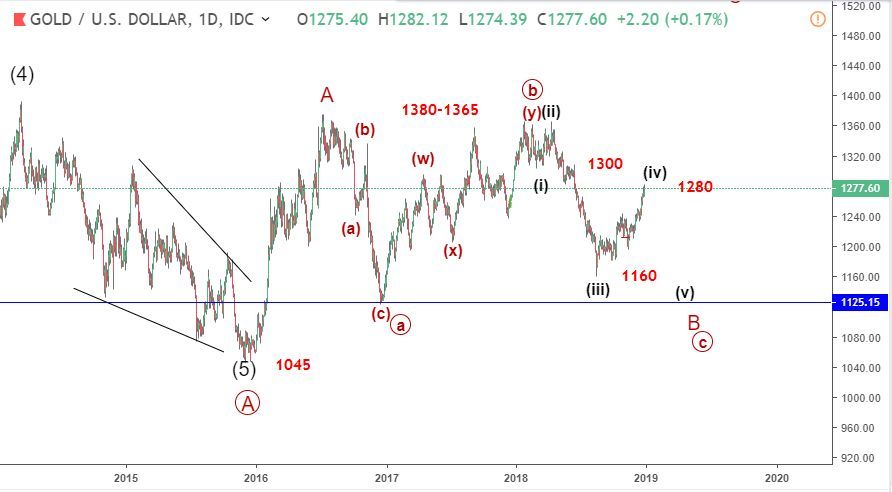 The chart above shows a long term Elliott wave analysis of Gold. Since the 5-years bearish impulse wave ended at 1045 in 2016, price has found a way upside to make a 3-wave correction. According to Elliott wave theory, 5-waves trends are followed by 3-wave corrections. The long term bullish correction from 1045 completed its 1st leg at 1380 in June 2016 with an impulse wave. Only a Zigzag corrective pattern starts with an impulse wave. The second leg that followed downside has been far more complex with probably a flat pattern. The last leg of the Flat pattern wave C (circled) of B was seen completing an impulse wave which has dominated this year. The impulse wave completed the 3rd wave at 1160 and a 4th wave in progress. Though this wave forecast will only be invalid if price continues to 1300 but with the 4th wave going so deep into the 3rd wave after a deep wave (ii), an alternative outlook is needed. In the last update, we used the chart below which spotted a triple zigzag wave (iv) ending at 1262-1265. 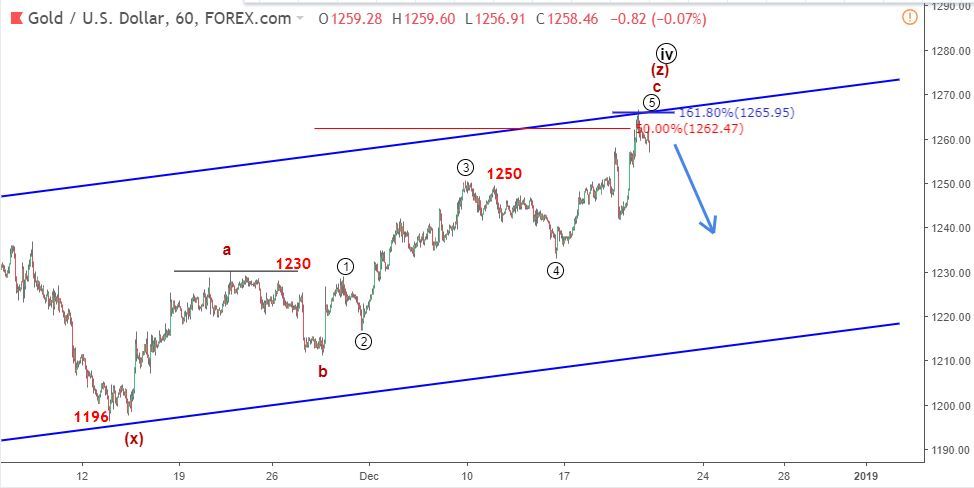 It was expected that price would fall from here to flow with the expectation of the long term flat pattern ending far below 1160. Price has surged above this reversal zone instead. We can switch to the alternative scenario explained in the 20th November long term update especially if 1300 is reached. 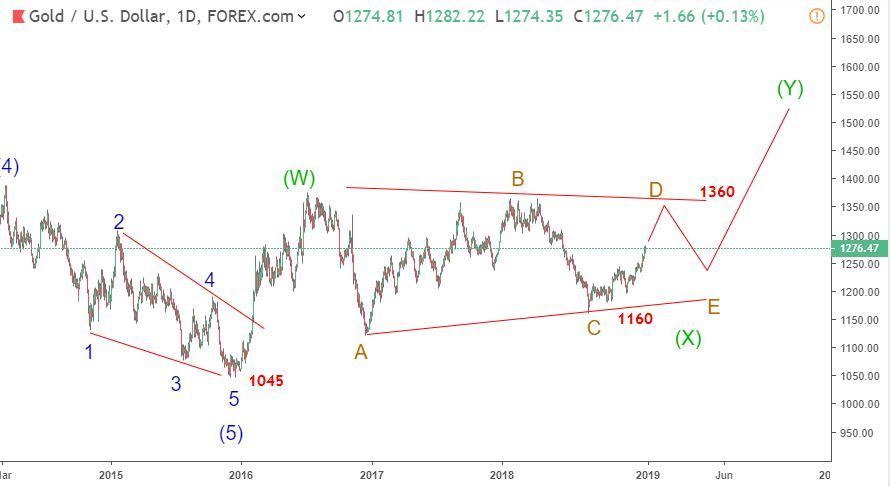 The current rally might continue deep into the 1365-1160 bearish leg. A triangle pattern might complete the second leg of the long term bullish correction. The triangle pattern still has two more legs to complete. Price might just bridge above 1380 showing that wave (X) has already completed at 1160. At the moment, price still points downside and unless a break below 1243-1250 happens, it might continue to 1360 in the near-term.