Gold dropped below 1280 in the last two weeks. Will XAUUSD drop further? The following technical analysis is based on the Elliott wave theory.

May 20, 2019 | AtoZ Markets – The yellow metal is back downside again. Since it started the current bearish run in late February at 1346, the bulls have lacked enough momentum to even take previous price highs. Gold is making a lower low and a lower high trend progression. This suggests the bears are still in control. It now seems the double bottom price at 1266 will be breached and the metal will hit the third major low in 2019.

The US dollar was back dominating last week but has been relatively silent on Monday. The Wallstreet also started the week sideways same as the US treasury yields. The trade war between US and China continues to lead the headlines. However, the precious commodity has turned south as the dominating market sentiment for the medium-term looks very much bearish. Investors seem not to be looking for the safe-haven instruments yet, to bail them out of the USD uncertainties. From a technical perspective, a dip below 1266 is very high on the cards. On the medium-term, the bearish run from 1356 could continue to 1260-1255.

In the last update, a double bottom ended at 1266 and price broke above the 1279 neckline. Gold price was expected to hit at least 1310 and then continue upside. However, the rally was short of 1310 and price dipped instead. 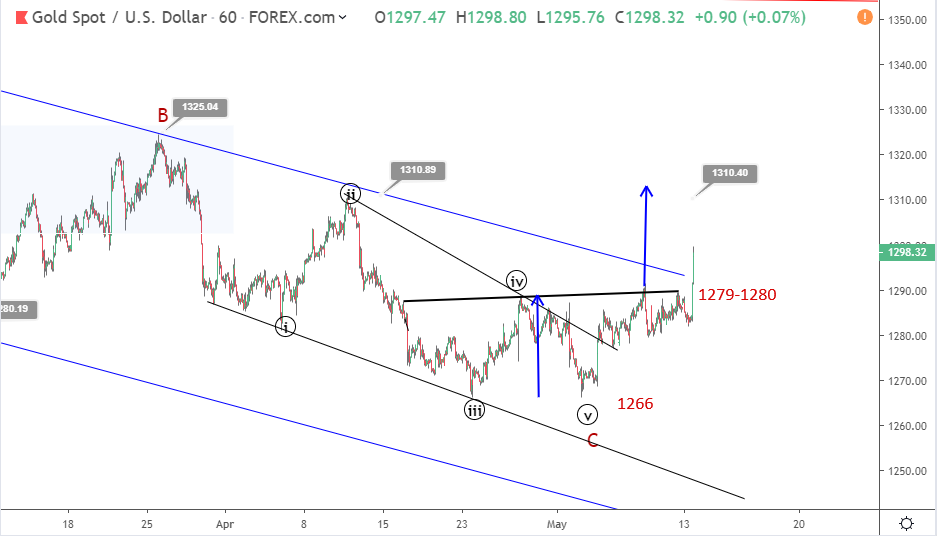 Over the past weeks, we have identified the dip from 1346 as a corrective 4th wave of the rally from 1160. However, it has taken more time than expected. The rally from 1160 is no more looking like a typical impulse wave. A new look from the weekly chart below now seems price is completing a big triangle pattern that has so far lasted for over three years. 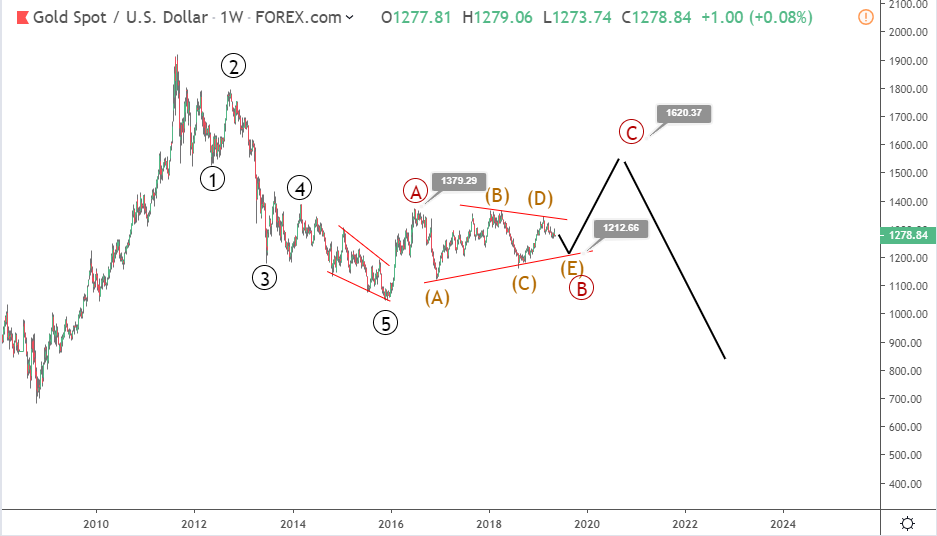 The long-term wave forecast above shows a 3-wave bullish correction which could continue to 1600. Wave B (circled) is completing a triangle pattern. Wave (E) of the triangle is ongoing and is expected to complete a 3-wave dip toward 1212. So far, the chart below shows how the wave (E) has moved. 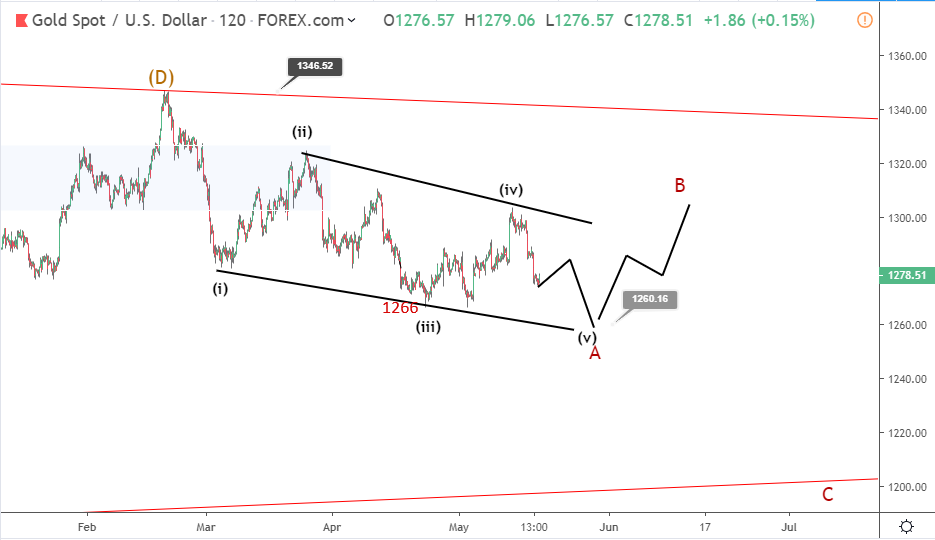