Gold spikes back to 1290 after dropping below it. Will the bullish trend continue or price will corrects downside? the following give insights based on Elliott wave theory.

January 15, 2019 | AtoZ Markets – Just while it was making a breakout downside today, Gold quickly rallied back to continue the sideways move that has lasted for more than a week. The sideways move looks like a triangle pattern. Though not yet complete, it signals a potential bullish trend continuation. To continue downside, price is expected to drop below 1277. Currently, the yellow commodity trades for 1290-1291 and far from a bearish breakout that is required of a big correction.

In the last update, we looked at the most likely scenarios for this metal. A rally above 1300 is expected to finally happen after the current correction ends. The current correction is evolving into a sideways triangle pattern. Triangle patterns are continuation patterns thus, price should resume upside once the pattern completes. The long term bullish target is set at 1360. Aside the triangle pattern evolving, there is a big likelihood that a deeper correction will happen downside. There are few ways to look at how Gold price might behave in the short term. Let’s look at these two. 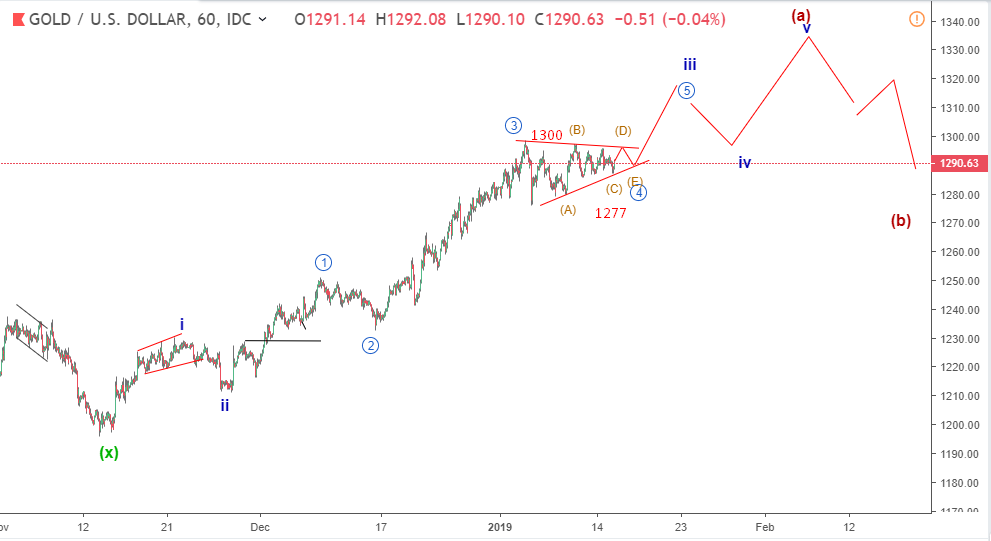 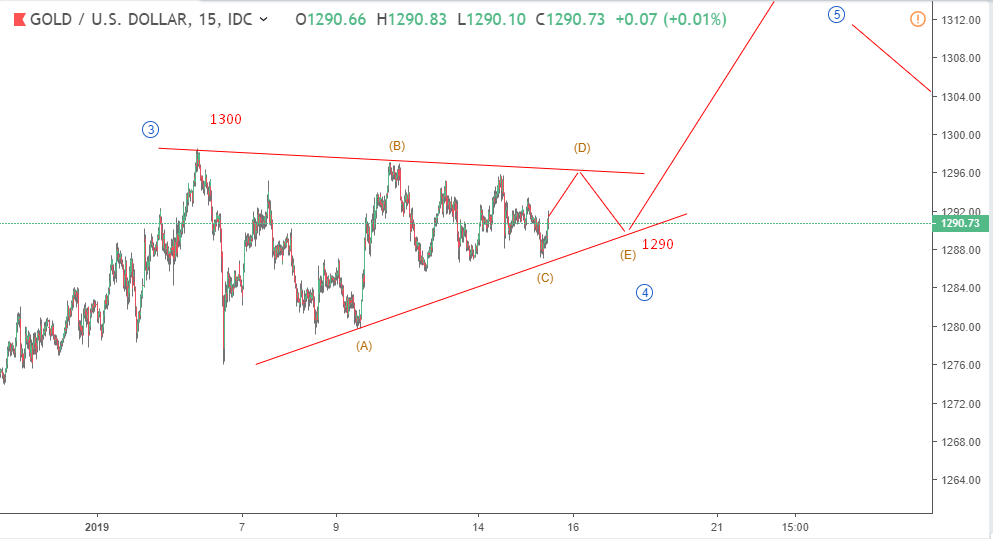 Th triangle pattern might have completed the 3rd leg- wave (C). If price moves as expected, there should be a rally to 1285 followed by another dip to 1290 to complete the last two legs – wave (D) and (E). A break upside should happen thereafter above 1300 to 1360. The second scenario shows the possibility of a break below 1277 resulting in a much deeper correction. 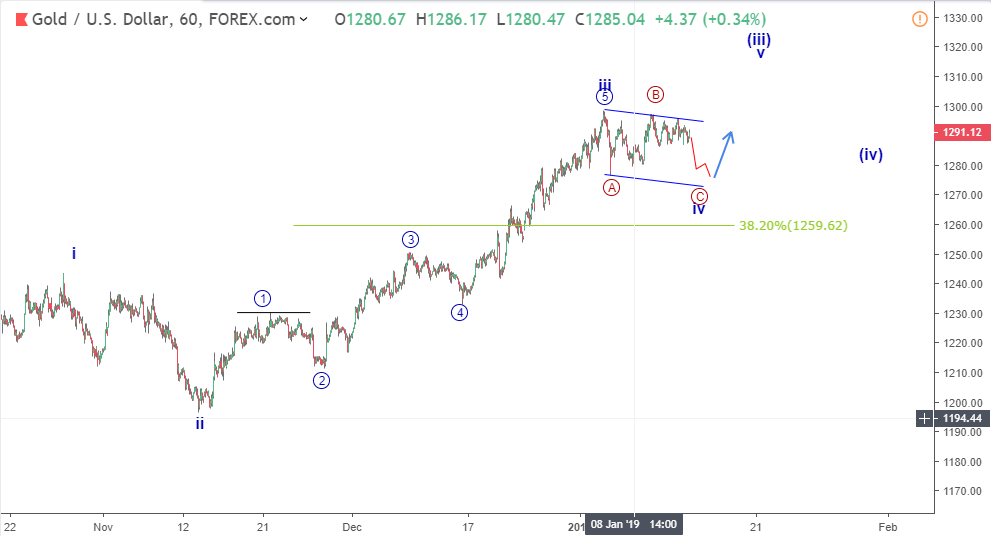 The alternative look above suggests a deeper dip to 1272-70 is also much likely to complete the 4th sub-wave. A dip below 1277 will trigger this scenario. The chart below takes a closer look from the 15 minutes chart. 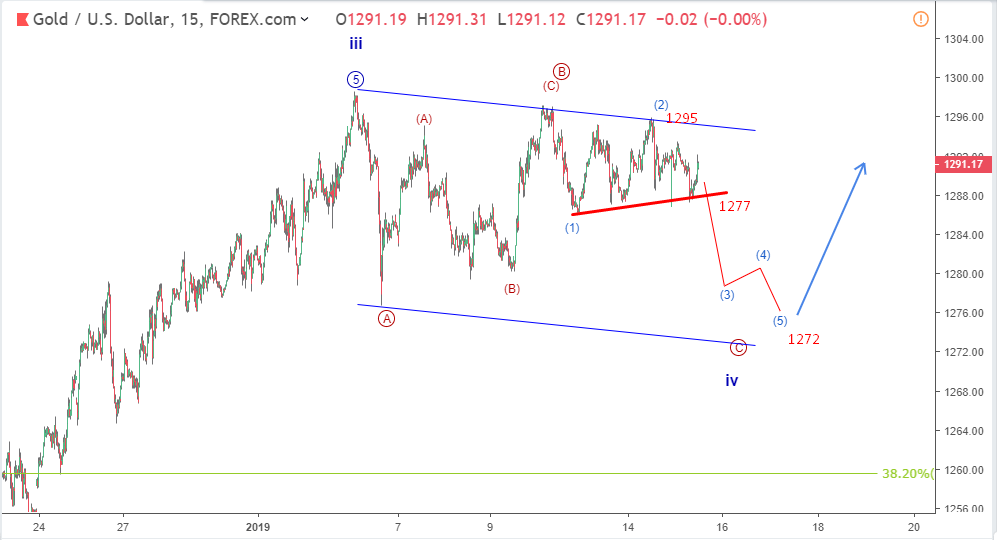 Which of these scenarios is more likely to you? Please share your thoughts with us in the comment box below.