Gold bounced to 1285 on Thursday after a fast drop to 1280. The following insight is based on the Elliott wave theory.

May 09, 2019 | AtoZ Markets – Gold was reluctant to break toward 1300 on Wednesday to confirm its long term bullish commitments. A fast dip to 1280 important price level happened as the day ended bearish. The bounce to 1285 happened early in today’s London session. Ahead of the New York session, it seems the commodity will drop further unless a fast break toward 1300 happens.

The reported US tariff hike boosted a big surge. Despite this, the metal rally was limited and remains confined between 1266 and 1290. The market awaits the important 2-day US-China trade talks which will start today to decide where next prices will move. In addition, the US PPI data will be released later today as Fed chair Powell speaks in Washington.

The gold price was at the verge of a big upsurge above 1300 on Wednesday. After completing a double bottom pattern with the neckline at 1290, the price couldn’t break as required. It consolidated a bit above 1290 and dropped very fast to 1280. In the past updates, we identified the dip from 1346 to be the 4th wave of an impulse wave rally from 1160 (started in August 2018). The last leg of the 4th wave was forecast to be an ending diagonal. However, the 5th leg of the diagonal looked truncated at 1266 and we came with two scenarios.

In the last update, the 2nd scenario was preferred. However, a break toward 1300 was expected to confirm this scenario and at the same time violate the first scenario. The chart below was used. 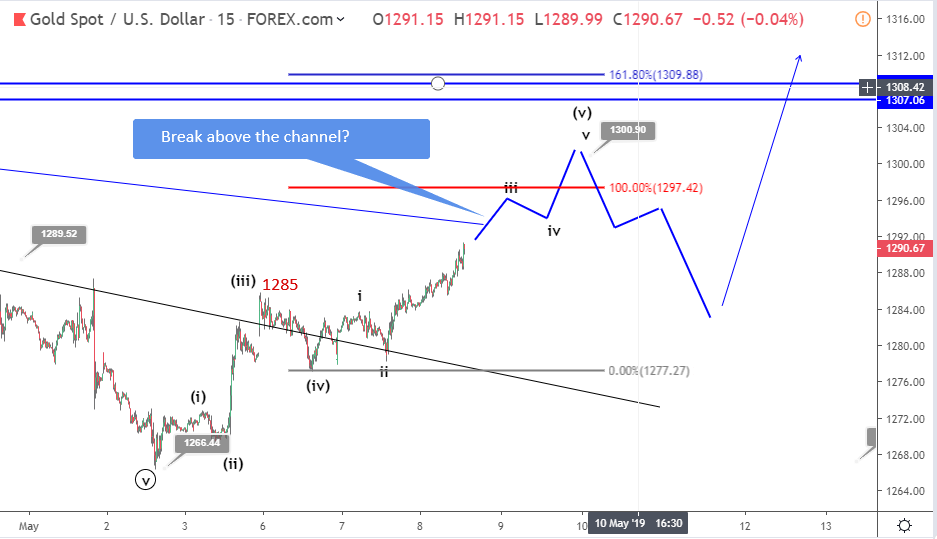 The wave 4 channel was not broken upside but instead acted as a resistance. The price quickly dropped to 1280 and turned the short-term bias bearish. The other scenario is now more preferred. The chart below was used to show this scenario. 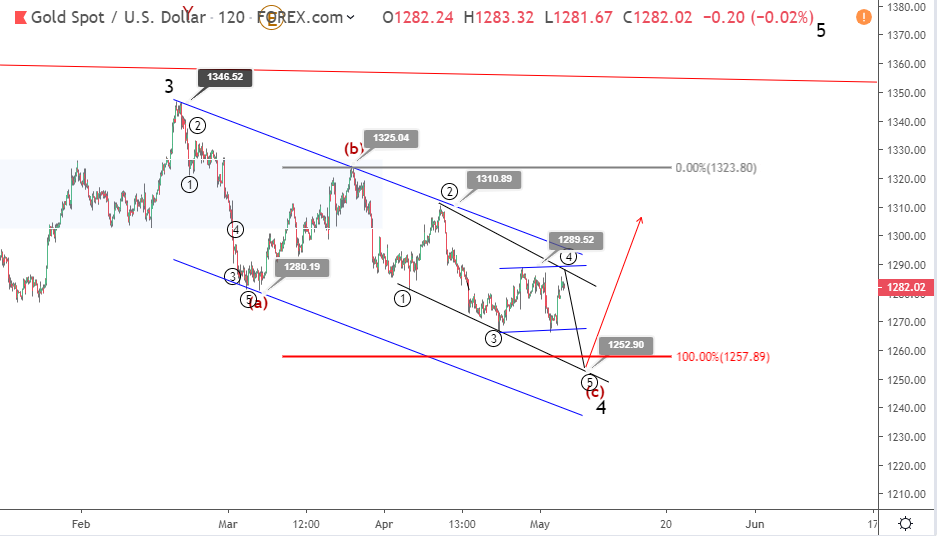 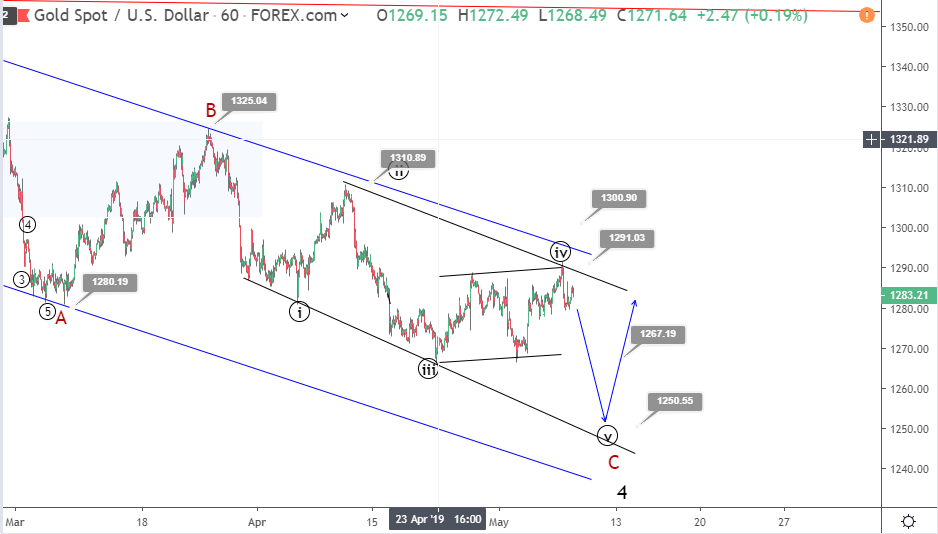 The 5th leg of the diagonal is expected downside. A fast break below the 1280 significant price level should act as the needed trigger. The chart below also shows a reversal pattern on the 15 mins time frame. 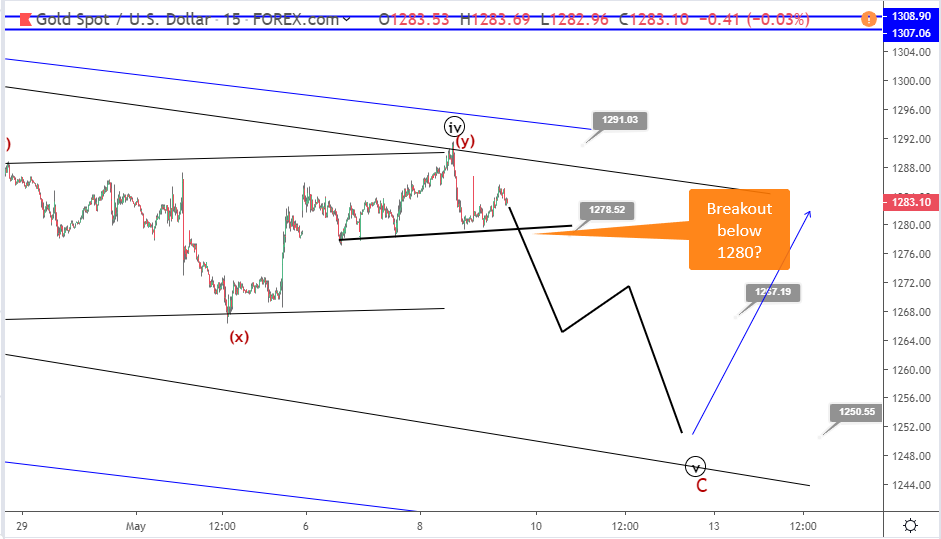 A head and shoulder pattern just at the top of the double zigzag wave iv (circled) is about to complete with the neckline at 1279. If the price moves as expected, further dip to 1250 is very much likely to happen.