Gold has continued the big rally and now close to the 1500 handle. The following looks at what could happen next based on the Elliott wave theory.

August 07, 2019 | AtoZ Markets – The yellow metal has benefitted from the prolonged trade conflict between the US and China. The commodity continues to break higher levels as investors look forward to ‘risk-off’ assets. Gold is now very close to 1500 for the first time since April 2013.

The trade face-off between China and the US is getting more intense after the former made retaliatory measures by depleting the Yuan’s value below the benchmark. US stocks fell sharply and the USD dropped. Gold, on the other hand, benefitted as a safe-haven asset with a big surge to 1490. It seems the commodity will continue to benefit this way as long as the dispute between the two world’s biggest economies continues. Price is now very close to the 1500 psychology level. Will there be some ‘profit-taking’ leading to a minor dip?

In the last update, we saw a bullish impulse wave from 1160 completing with an ending diagonal pattern. We, therefore, expected a bearish correction if price completed a bearish reversal pattern. The chart below was used. 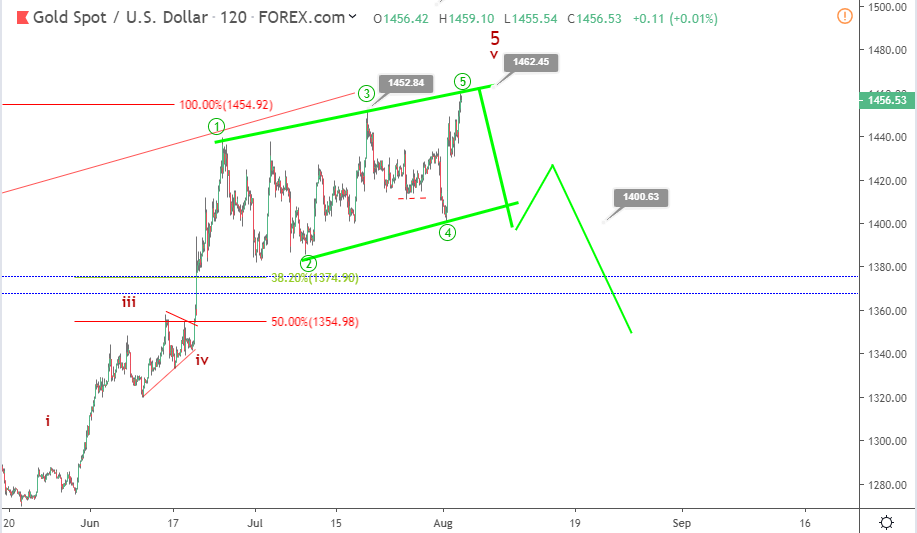 However, because of the huge bullish trend and the dominant political situations, price violated the ending diagonal pattern without a clear reversal pattern. Once 1470 was taken out, 1500 became inevitable. 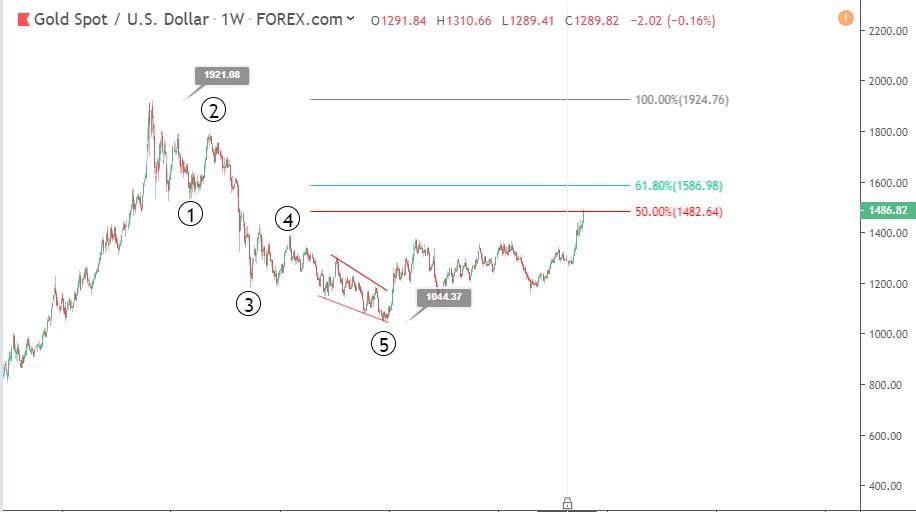 The weekly chart above shows that Gold is currently in a long term bullish correction. The bearish trend from $1921 in August 2011 to 1044 in December 2015 completed a bearish impulse wave which ended with an ending diagonal. Price has already breached the 50% retracement of this trend at 1482. Next target level is 1586. If the political arena favors Gold further, price should advance to 1586. Meanwhile, the 1500 psychological level might offer a minor resistance. The chart below shows the wave analysis of the corrective rally from 1044. 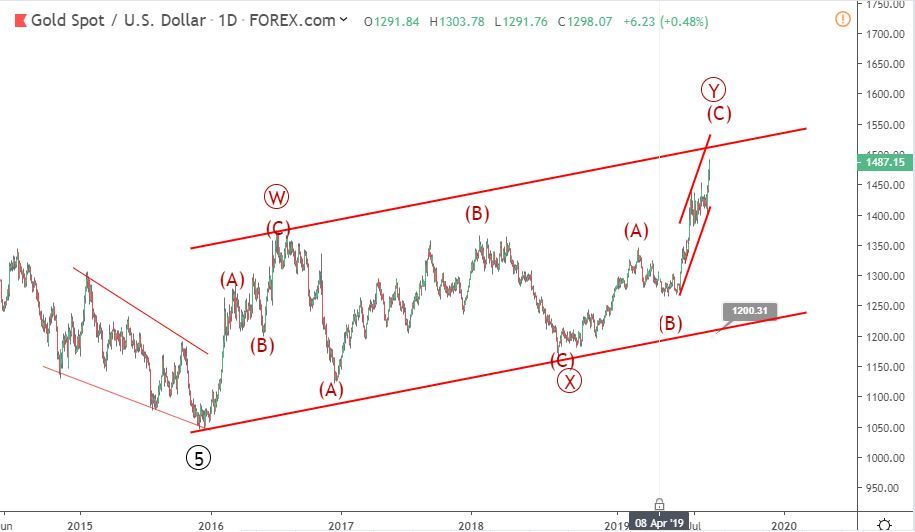 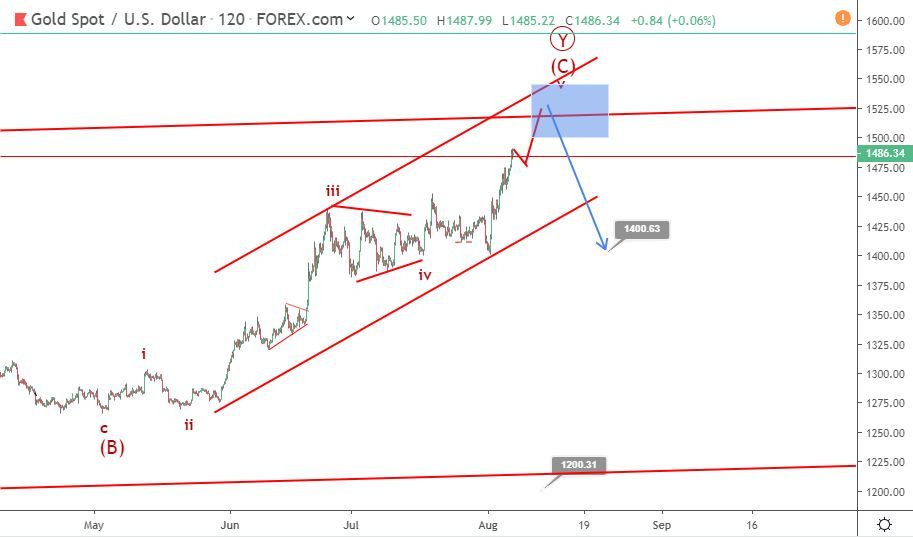 Price is expected to advance further to the 1500-1550 territory which is very close to the 61.8% Fibonacci retracement level. Bearish price pattern at this zone could be followed by a fast dip to 1400 or lower.

EURUSD Bounced Higher From 1.1850 Support Level - Will Recover Upward?
Forex Crypto
Top 5 Forex Brokers
Top 5 Crypto Exchanges
Your subscription could not be saved. Please try again.
Thank you for subscribing. You will be the first to receive all the latest news, updates, and exclusive advice from the AtoZ Markets experts.
Everyone is reading
SEC vs Ripple: Court Orders SEC to Disclose Its Cryptocurrency Policy
Can Ripple Break Below $0.55 Significant Event Level?
Ethereum Facing Support Around $2,300 Price Area - Will Strike Upward?
close ×