The Gold price dropped quickly to 1500 after the US backs off on tariffs. The following looks at the technical sides based on the Elliott wave theory.

August 14, 2019 | AtoZ Markets – On Tuesday, the US delayed tariffs on some Chinese goods. This happened after last week’s retaliatory devaluation of the Yuan above the $7 benchmark by the Chinese government. The trade spat however continues and analysts have predicted that this might not end until after the 2020 US elections. Meanwhile, China’s central bank has set the official midpoint reference for the Yuan at $7.0312 today. This was better than analysts’ expectation of $7.0502.

Gold plummeted to 1479 yesterday after a massive run-in to 1535. The commodity has been buoyed by the trade war between the two most powerful nations. As a safe-haven asset, investors and Central banks use the commodity to offset risk. It rose to its highest since early 2013 before retreating to 1500 where it now appears to be stabilized before deciding the next direction. Is yesterday’s fast dip the beginning of a bearish correction? 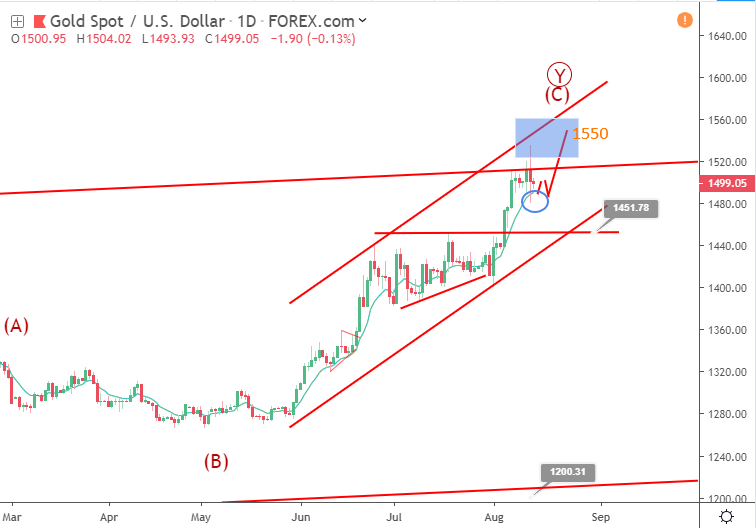 Gold price is currently at a reversal zone. Yesterday’s candlestick formation appears engulfing but looks closer to a Doji. This could mean that price would dip a bit or spend more time sideways before returning upside. the 9-day EMA is also providing support. If the current dip continues below the 9-EMA, further dip to the 1450 support level might happen. If the US and China go back to the negotiation table, the Gold price might drop below 1450 to 1400. Of course, there are other high impact economic events in the coming days aside from the trade talk.

The Elliott wave outlook gives us a closer outlook to how the Gold price is developing. The rally to 1535 was expected in the last update and so was the current dip. The chart below was used. 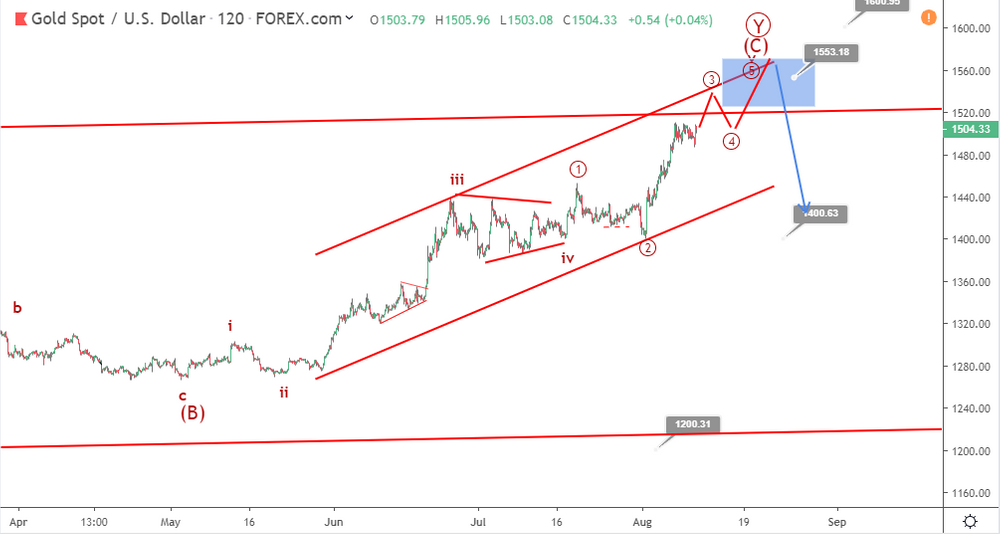 The current dip is much likely the 4th wave (circled) of wave v of C as the chart below shows. 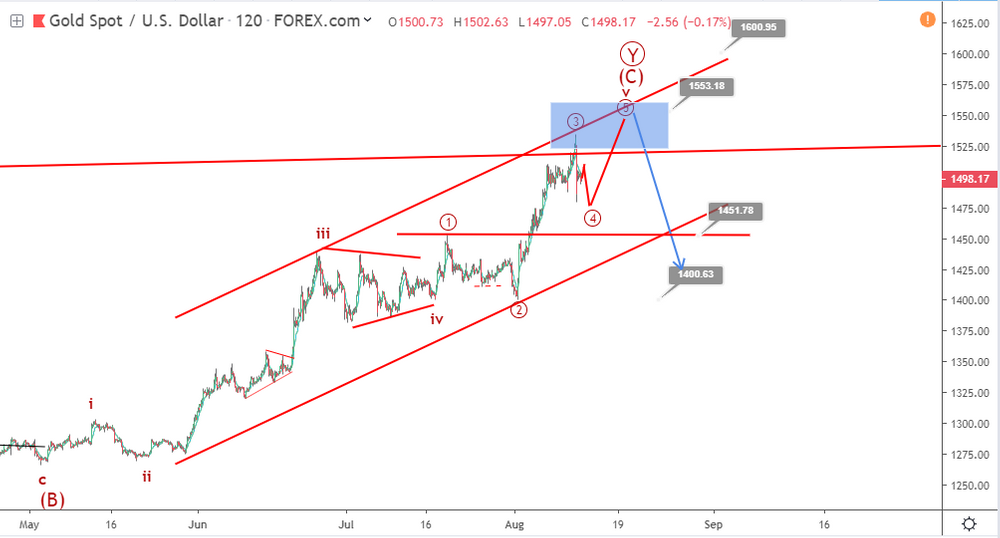 Wave v is emerging and might take one more leg to 1550 before the big drop starts. If price breaks below 1450, however, the bullish pattern might just have already completed at 1535. 1500-1550 was the reversal zone we had in mind. We shall see how price reacts in the coming days.