Gold is retreating toward 1533 after a massive bullish breakout. The following looks at what could happen next based on the Elliott wave theory.

September 04, 2019 | AtoZ Markets – Gold came under bearish pressure early on Wednesday and plummets from 1550. The sell-off followed Tuesday’s big surge out of a congestion zone to the 1550 critical level. The yellow metal has now shed nearly 1% in just over 8 hours although the bullish trend is still intact. Gold is presently (at the time of writing) priced at $1536 an ounce – few pips above the 1533 intraday support level.

There are no massive economic events today aside from the speeches of some FOMC members. There is a bit of quiet surrounding the US-China trade war after reports suggested that September talks have broken down due to the perception of mistrust between the two parties. The market will look forward to high-impact economic events coming later this week with the US employment data leading the pack.

In the last update, we reckoned that Gold would very much likely break above 1550 after the completion of a minor 4th wave with the head and shoulder reversal pattern. The pattern had its neckline at 1533. 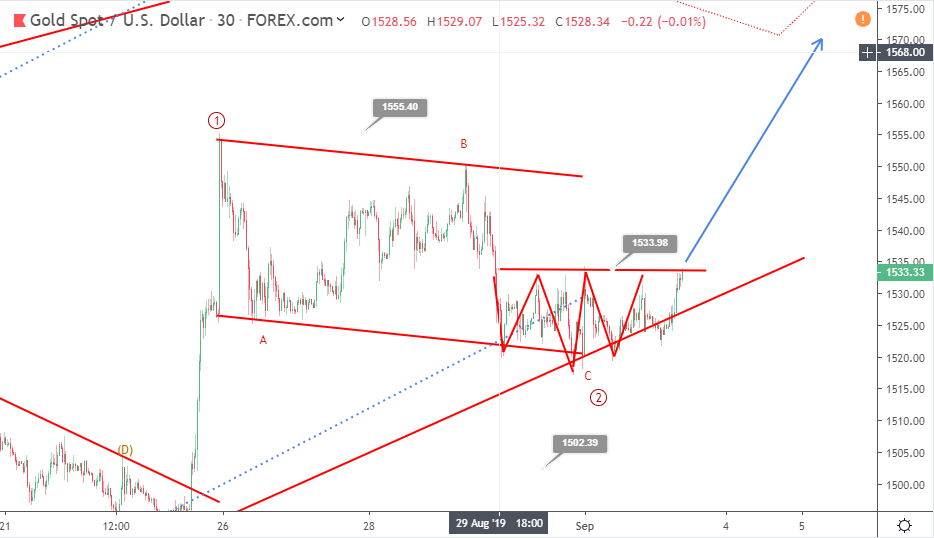 Gold price eventually breached 1533 to the upside as the chart above, used in the last update, shows. There are now two options – an impulse or ending diagonal waves to complete the larger pattern. The new chart below shows the possibility of an impulse wave (5) 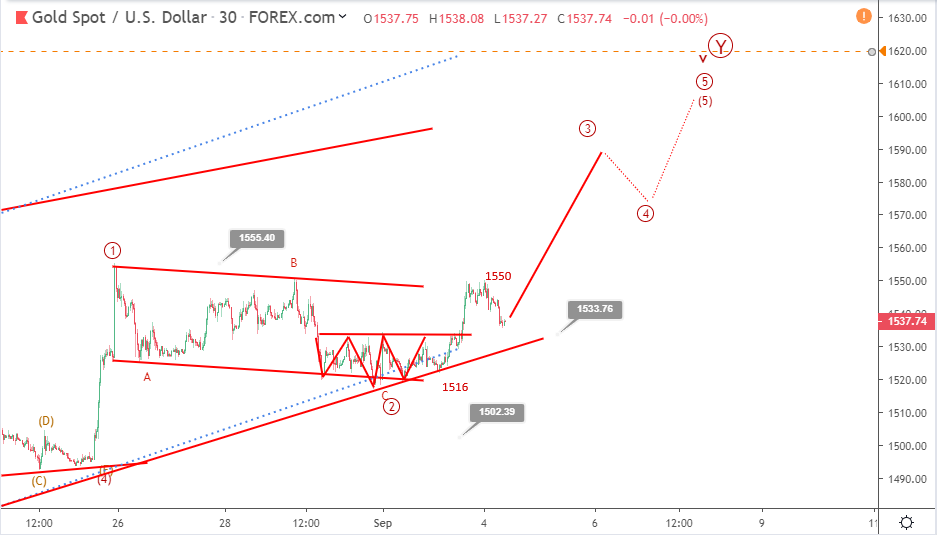 A break above 1550 should trigger more rallies to 1600. On the other hand, if the current dip goes deeper and break below 1516, a breach of the 1500 critical level will be expected and we will have to change our outlook.