Gold has been bearish this month after a failed attempt to push above 1238. Will the yellow metal falter further or rally back to 1238 to break above it?

After price completed the 4th wave of the year-long bearish impulse wave at 1243, the 5th wave was expected to continue downside. Price fell to 1212 late last month. Price surged to 1237 in the first week of this month and completed a move that looked more impulsive than corrective. The rally was expected to be corrective (taken as the 2nd sub-wave of the 5th wave) and price drop further. The chart below shows the long term Elliott wave analysis. 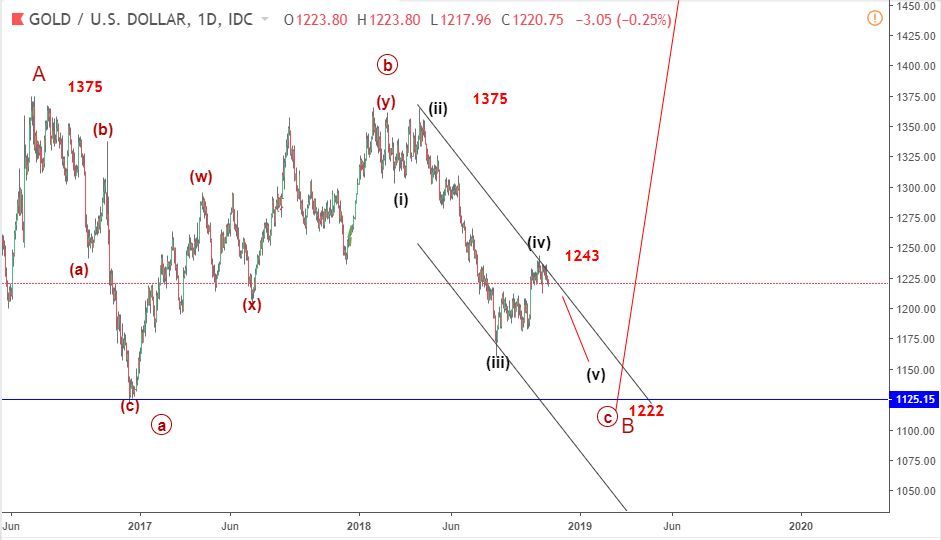 The chart above shows Gold Elliott wave analysis from July 2016. From the top of wave A at 1375 up to the current price level, price is looking very much likely to complete a flat pattern. This flat pattern should complete wave B of the bullish correction that started in December 2015. The first two legs of a Flat pattern are corrective while the last leg completes a motive wave. This year, price is completing the last leg- an impulse wave expected to stay above 1222 to complete the bigger Flat pattern. The impulse its 4th wave with a zigzag pattern as the chart below shows. 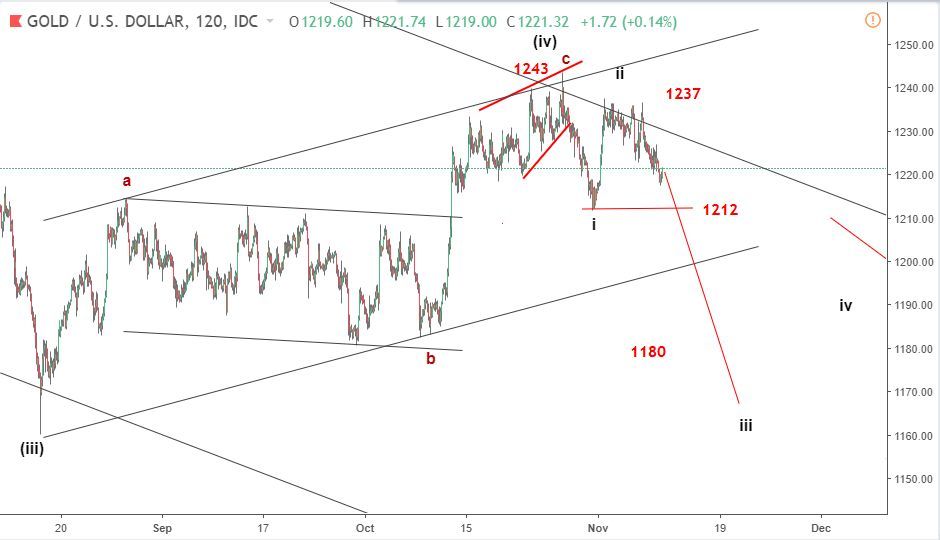 Wave (iv) ended at 1243 and the drop that followed quickly to 1212 is expected to be wave i of (v). Wave ii of (v) rallied to 1237. Wave iii of (v) is expected to follow with a break below 1212. It is at this point the bearish scenario is confirmed and price will be expected to hit below 1160. On the other hand, wave ii rally looks more impulsive than corrective. The drop from 1237 also looks corrective. If price stays above 1212, reluctant to confirm the bearish scenario, there might be a break above 1237. A break above 1237 would set price close to 1243. Above 1243, the bearish scenario is invalidated and price will be expected to hit 1250 and 1264 bullish target of the last update.