Gold has remained in a 200-pips range, early in 2019 as price stays resisted below 1300 and supported above 1275. Where will the breakout happen? The following give insights based on Elliott wave theory.

January 11, 2019 | AtoZ Markets – Gold completed a head and shoulder reversal top yesterday but the bears lacked the momentum to cause a real havoc on the metal. Price instead, rallied upside to 1295. This recent move added to indecision surrounding this precious commodity as it couldn’t go above 1300 or below 1275. On Wednesday price gained 170 pips to hit 1297. This move invalidated the technical reversal pattern spotted after price couldn’t break below 1277 to confirm it. More than half of this gain was lost yesterday as price dipped back to 1286. Today, however, it’s been a bit good for Gold so far, as it hit 1295 early in the London session. The uptrend is still tight and will require a break above 1300 to get it back on track.

This year so far, Gold has been range-bound between 1300 and 1280 price levels. A break below 1280 was required to continue the bearish correction from 1297. The chart below was used in the last update to show a reversal pattern at the top. 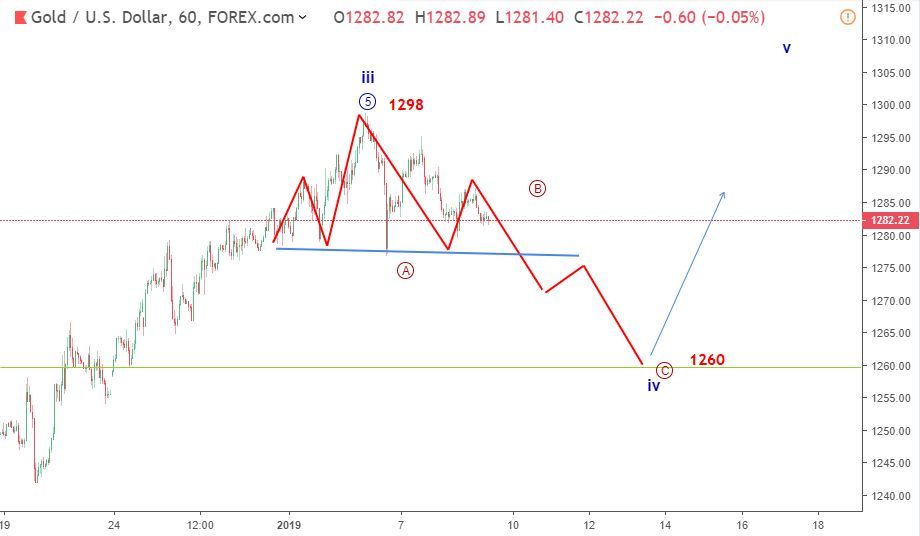 By projection, a break below 1277 was required for the bears to hit downside target ”at 1260 which also lies at the 38.2% Fib-retracement of the preceding upswing”. The breakout didn’t happen. What are the most likely scenarios now? 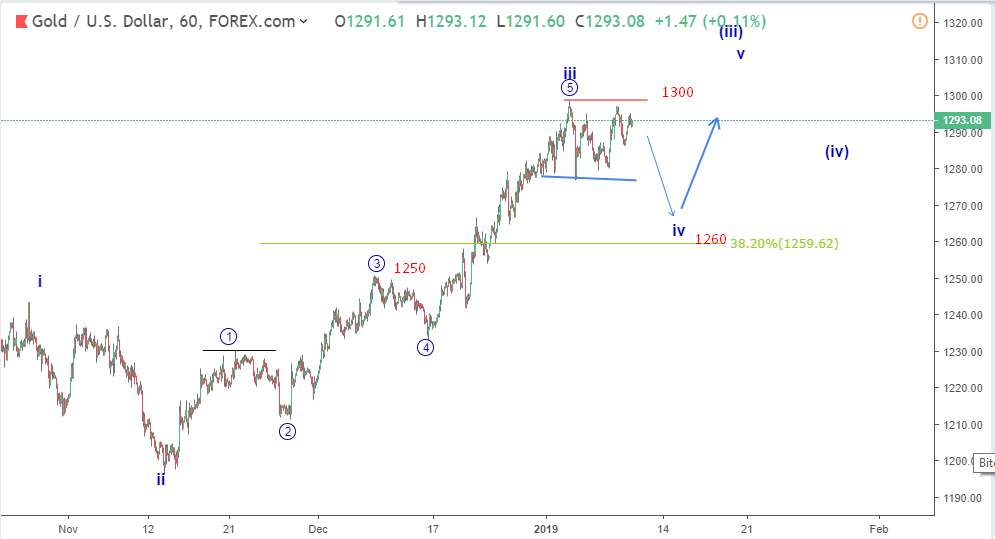 The uptrend from 1160 continues with this evolving impulse wave. 3rd wave of this degree was expected to have ended just below 1300. The much expected dip to 1260 is still possible. A break below 1280-1277 intraday support need to be broken downside. The current range might continue and complete a 4th wave triangle instead as the chart below shows. 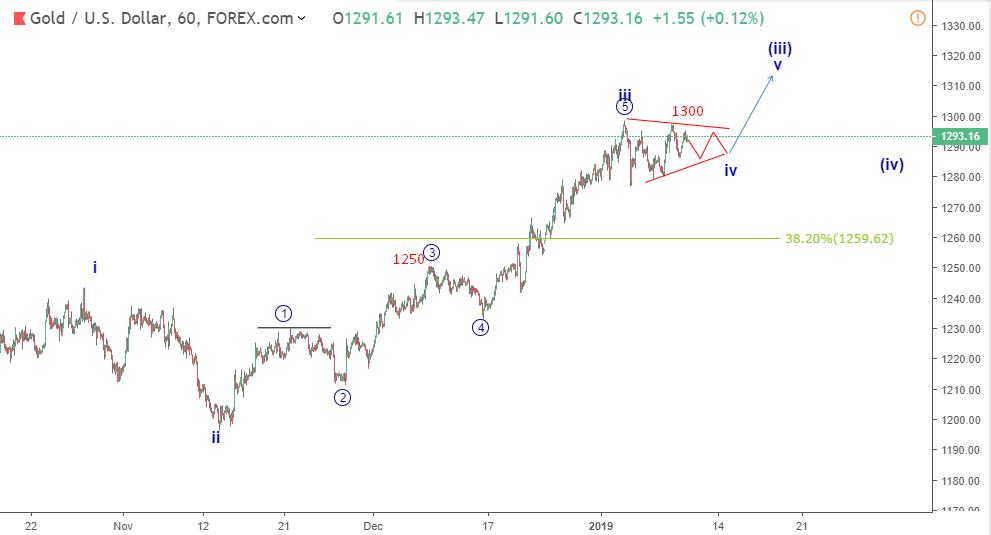 The chart above also supports the bullish trend to continue above 1300 after a sideway correction. Above 1300, price should rally further to 1320 or more. 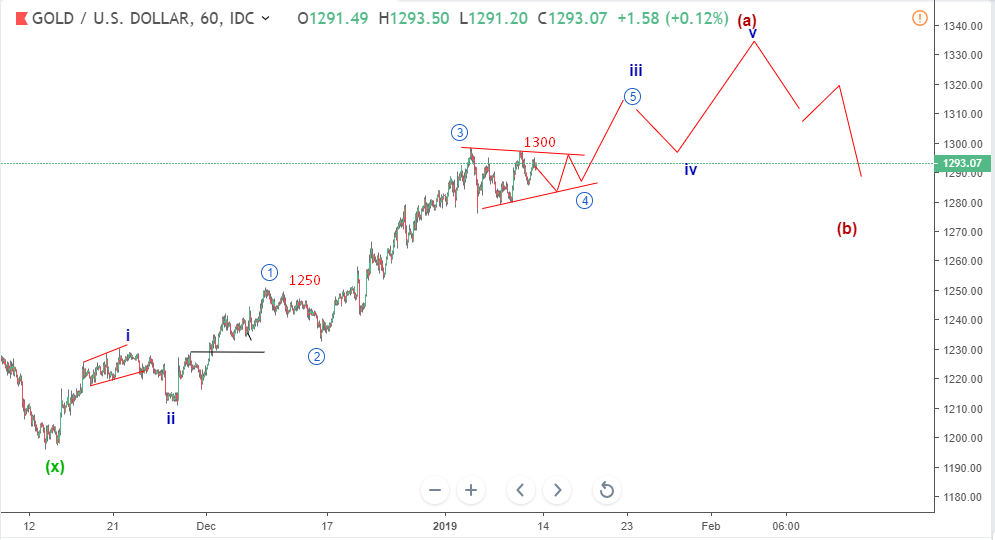 Which of these scenarios do you agree most with? Please share your thoughts in the comment box below