After gaining about 250 Pips last week, Gold price is confined in a range. Where is it expected to break out?

October 2018 | AtoZMarkets – Last week was a mixed one for Gold. The first three days were controlled by the bears. Price dropped massively from 1235 to 1212, losing nearly 230 Pips in the process. In the next two days, price quickly recovered all the loses as it climbed to 1237. It was expected that a break above 1243 last high might lead to total control by the bulls. At 1237, price dropped to 1230 and has since, moved up and down between the two extremes. After the positive NFP last Friday, USD couldn’t build on an early lead as the market was clouded by growing concerns about the recent Trump comment concerning the US-China trade deal and tomorrow’s mid-term election in the U.S.

In the past updates, it was confirmed from Elliott wave perspective that the year-long bearish trend is impulsive. It was expected that price would drop massively to continue the 5th wave as the 4th wave might have ended at 1240 late last October. In the last update, the rally from 1212 was expected to be corrective up to 1232. What should be expected after last week move? 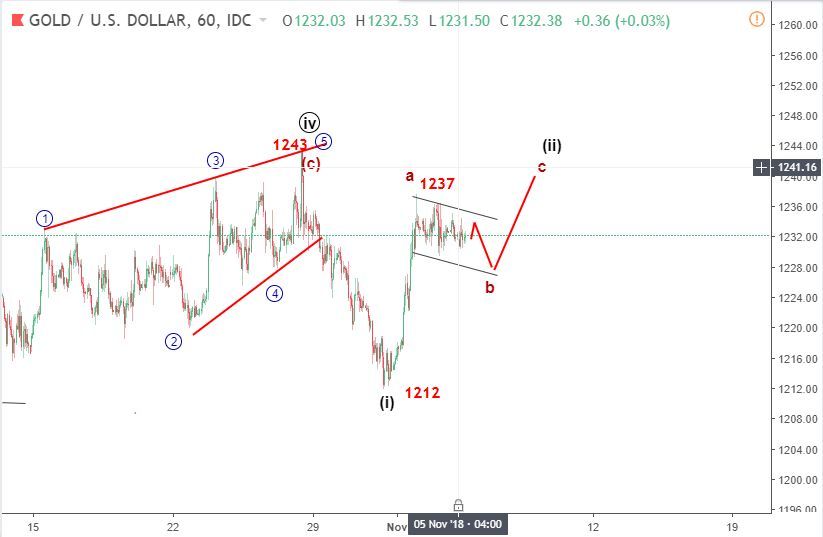