Gold dropped below 1420 to start a bearish correction. How deep with the dip go? The following technical analysis is based on the Elliott wave theory.

June 26, 2019 | AtoZ Markets – The 10 consecutive sessions of profits ended yesterday after the New York session saw a fast dip below 1420 intraday support. The dip continued throughout the session and was just a few ticks away from the 1400 handle. Price has however rejected to break below 1400 as a sharp rally toward 1410 is currently ongoing. The demand for the yellow metal is expected to grow in the coming weeks. However, the current dip is expected to go deeper.

The escalating US-Iran geopolitical tension, US-China trade war and the dovish comment from the Fed in the last FOMC are the major fundamental drivers. Last week, the price hit its highest in six years. It later dropped from 1440 to 1400 before starting a slight recovery to 1410. The current minor recovery, if it continues, is expected to be shallow and stay below 1420. Further dip to 1380 is still very much on the cards

The two nearest most important levels are the 1440 resistance and the 1380-1360 support zone. If the current dip continues below the support zone, price is likely to head toward 1350. To the upside, a break above 1440 will see the precious commodity rally toward 1500 to make a new multi-year high. 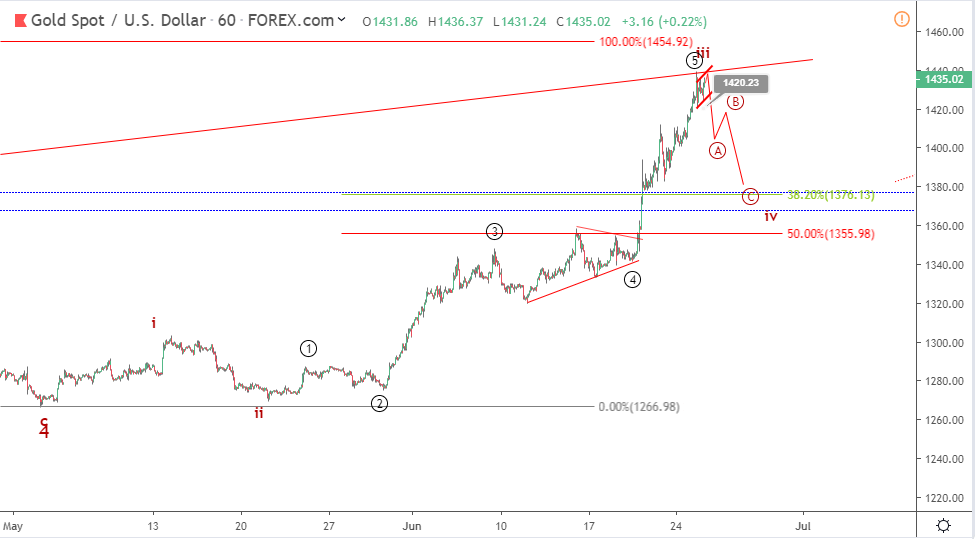 A break below 1420 was expected to confirm the end of the wave iii of 5. Price did exactly as we expected and almost hit 1400 in the process. The new chart below shows the first leg of iv is probably completed. 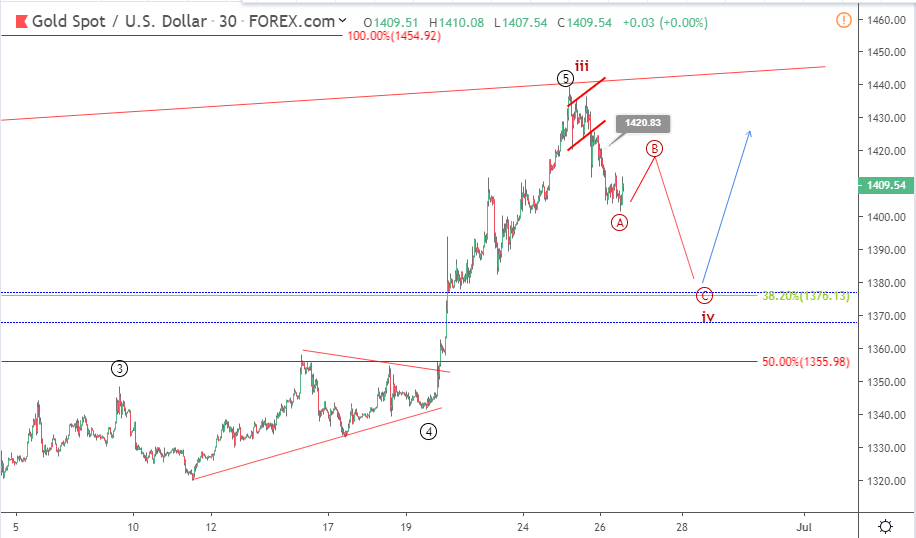 The a-b-c wave iv correction could continue to the 38.2%-50% retracement of wave iii. Wave v might proceed from there.