In the early hours of Tuesday, Gold bounced off 1277 support level to stage a quick move upside. However, the bears seem to have taken over again. The following looks at what could happen next based on Elliott wave theory.

January 22, 2019 | AtoZ Markets - Gold dropped about 65 pips yesterday to test 1277 after it continued last week bearish breakout. There was a break downside last week below 1285-1286 2-weeks support zone after price was unable to hit above 1295 en-route to 1300 for much of the previous two weeks. There was a really big bull-bear battle as price stayed confined within 1295/1300 and 1285/1286 resistance and support zone respectively. The prior trend had been bullish and it was expected that price would continue upside even if the dip from 1298 gets deeper below 1277.

Meanwhile, 1277 was tested today and price quickly bounced off to 1284.5. The drop from 1298, from Elliott wave perspective, was expected to be a bit limited below 1277 as a clear corrective wave 4 pattern was spotted. In the past updates, we looked at two scenarios to nail down these points.

In the last update, the two scenarios became even clearer as price moved very much closer. The first scenario which expected a triangle pattern to complete, needed a bullish breakout to continue above 1300 as the chart below shows. 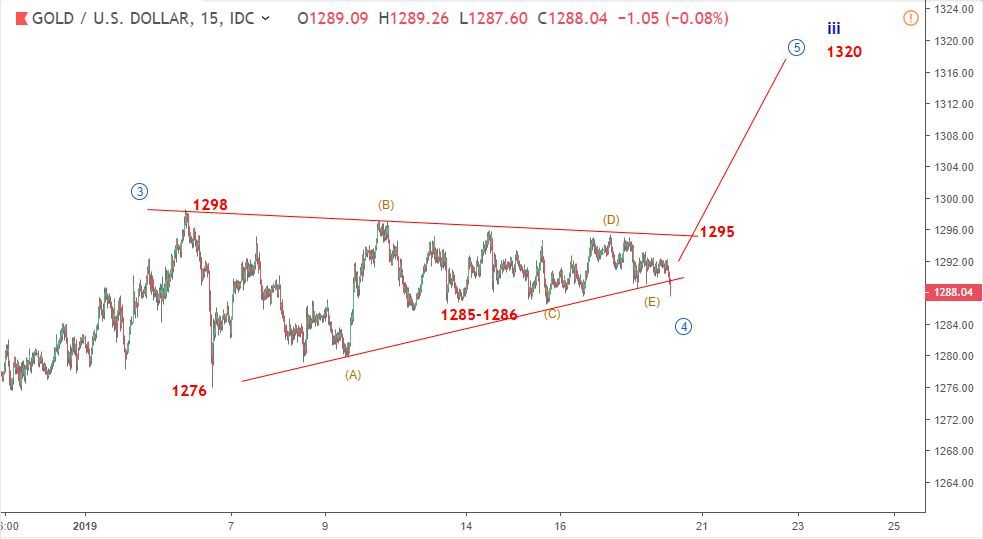 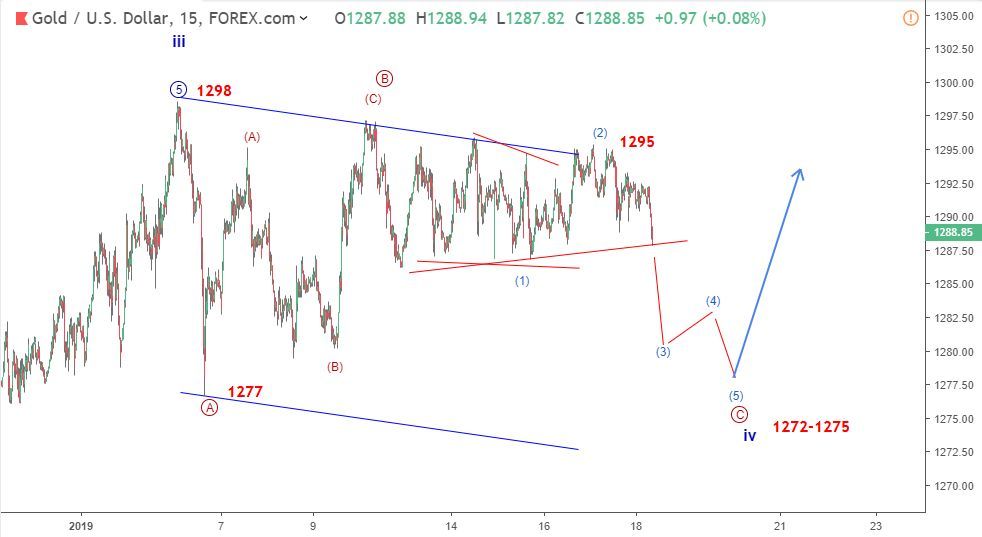 The scenario above expected the current dip to get deeper as the 4th wave of a developing bullish impulse wave. A break below 1285 finally happened and price dropped further to 1277 as we counted a sub-impulse wave down to 1272-1275 reversal level. The chart below shows the continuation of the second scenario and how price has behaved. 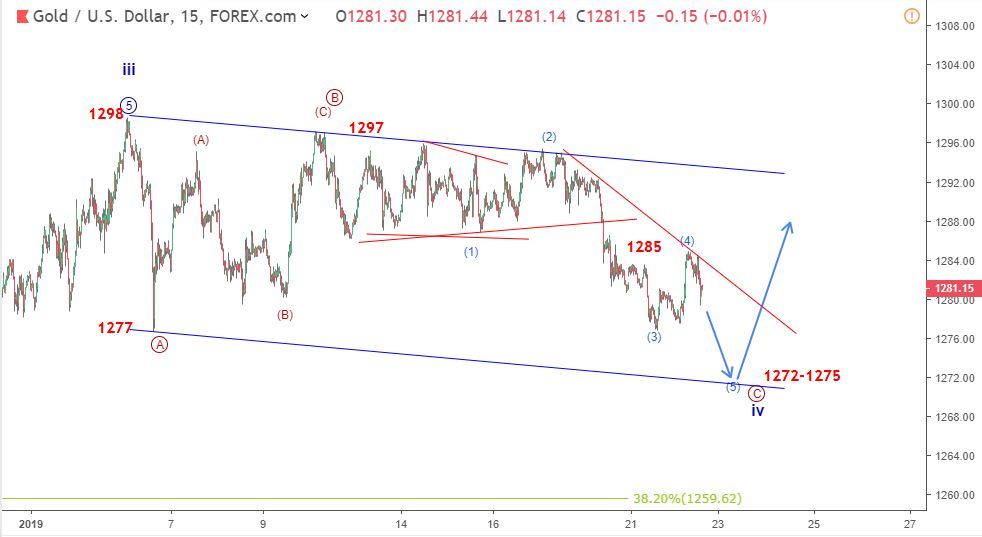 Earlier today, price tested the 1285 intraday resistance which was broken last week as a support level. However, it has resumed upside as the last leg – wave (5) – of the 4th wave zigzag gets underway. 1272-1275 is a possible reversal zone. A break above wave (2)-(4) falling line would confirm a new wave of bullish run which might extend to 1360-1370.