Gold's bullish trend has been locked between 1240 and 1225 levels this week. Price needs a strong momentum to get out of the range. Where will the breakout be- upside or downside?

October 2018 | AtoZMarkets – Gold broke out of last week 1233-1215 range to continue upside. It quickly hit 1240 this week after the breakout, but has remained sideways after testing 1225. The breakout direction will most likely determine where next this commodity is heading. If 1240 upper level is taken out, we will most likely see the continuation of the bullish trend up to 1250-1270. On the downside, if price breaks below 1225, we might see further declines below 1220 as the 5th wave bearish move takes over. 1238-1240 is an important Fibonacci level. When price broke out last week, we expected this level to be a 'war zone' between the bulls and the bears. Since the trend is bullish, one might say the bulls have an upper hand unless a fast break below 1225 happens soon.

In yesterday's update, we favored the bears to take price downside after the emergence of a double top reversal pattern at 1240. The bearish forces have lacked the required momentum so far. Early in the London session today, price has gone higher to 1236 – just a bit below 1238-1240 resistance zone. It now seems that price will continue in the direction of the next breakout. Here are the two most likely scenarios. 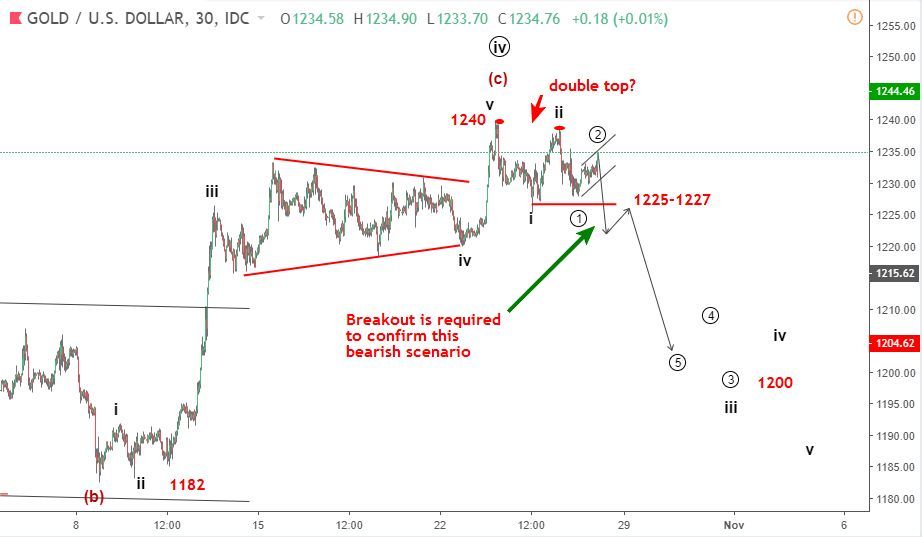 The scenario above compliments yesterday's update. Wave (b) of 4 ended at 1182 where wave (c) started. From 1182, an impulsive wave 5 of (c) of the 4th wave ensued and speculated to have ended at 1240 with a double top reversal pattern. This scenario will be valid if price breaks below 1225-1227 support zone. 1200 is the next bearish target. This scenario will be invalid if price breaks above 1240 instead. The second scenario below takes care of that. 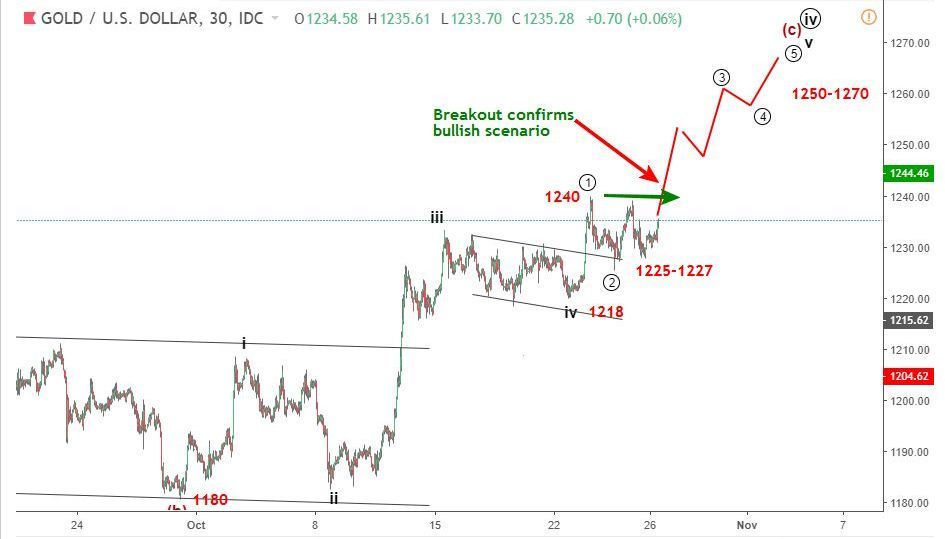 Which of these scenarios do you think price will validate? Share your thoughts with us in the comment box below.