Gold has continued the bearish dip below 1500 after it resisted the major surge to 1535. The following looks at technical analysis based on the Elliott wave theory.

September 30, 2019 | AtoZ Markets – The precious metal has continued where it stopped last week. It has now plummeted below 1500 and will most likely hit the 1484 support level. After it topped at 1535 last week, the yellow metal broke below an important bullish trendline. The breach was rapid and was followed by the hit of the 1500 handle. It slumped to 1485 afterwards before retesting 1500. This week, the bears have pushed further downside. Currently, Gold is priced at 1487 – very close to 1484 major support level.

Ahead of the US-China trade discussion, Gold has plummeted and close to hitting its lowest price since early August. It seems an agreement will be hard to reach considering President Trump’s usual jibes last week at the UN Assembly meeting. It was also rumoured that the US plan to limit investor portfolio flows into China and remove Chinese companies from the United States exchanges. However, a US official has denied this rumour. This has lifted the market’s mood a bit. There are high-impact economic news to be released in the US this week. Friday’s Non-Farm Payroll leads the list.

Resistance Levels: 1535 and 1557 are the two most important resistance levels before the 1600 handle.

From the long term perspective, Gold is making a bullish impulse wave which could extend to 1800. However, the dip from 1557 shows the signs of a corrective pattern. We have identified this as the long term wave 4 of the minor degree. In the last update, we looked at the 4th wave with the chart below. 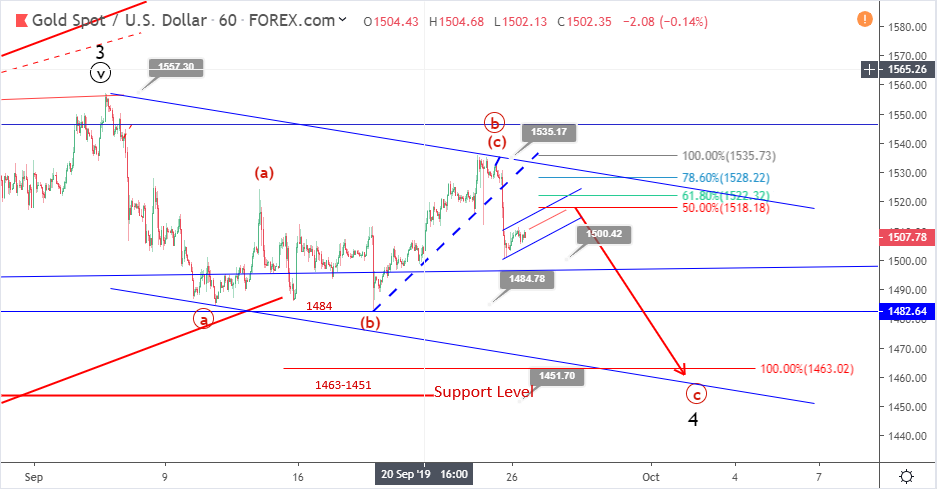 A minor correction toward the Fibonacci retracement levels was expected. However, the correction was shallow and Gold price breached below 1500 to hit 1485. The chart below shows price entering into a major support zone. 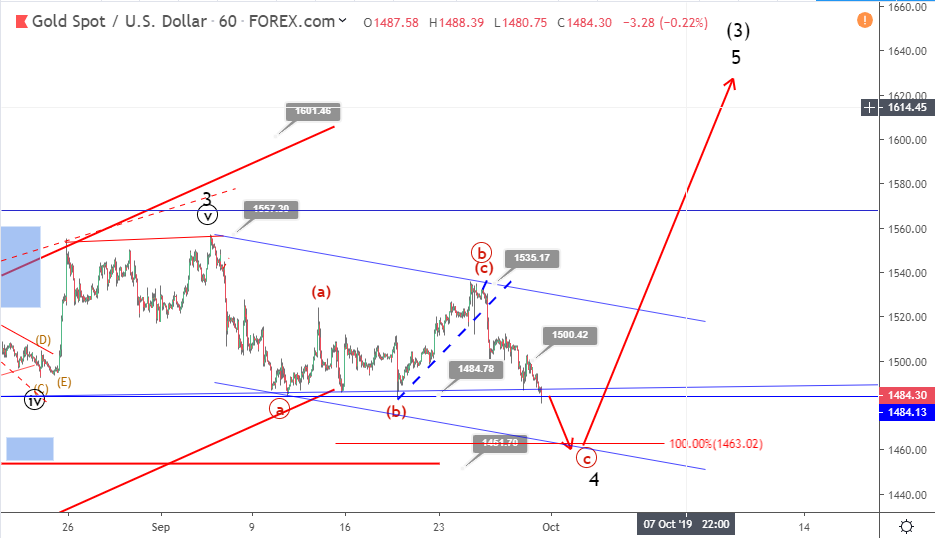 Price is expected to hit the 1451-1463 support zone after breaking below the 1484-1488 support zone. However, wave 4 might end at this zone if we spot a strong bullish reversal pattern.