Gold slumps below 1500 to continue the bearish correction. The following looks at what could happen next based on the Elliott wave theory.

September 10, 2019 | AtoZ Markets – For the first time in over two weeks, Gold price is trading below 1500. The bullish momentum was rejected at the 1550-1555 resistance zone. Buyers are exiting their positions to get the clue of the next direction of the price. Gold has the potential to drop even more but a big bounce might happen first.

There are no high impact forex events today on the economic calendar. The US-China trade war which has been the major driver of this commodity for over a year is no more the big deal at least until the October meeting between the two parties. Gold price is therefore expected to be driven by the net market sentiments which currently support the bears. The short term direction might be influenced by the economic data coming from the US from Wednesday to Friday.

Gold has dropped below the 1500 handle and now being held at prices a bit above the 1480 support level. If the price bounces off this support level, we might see a minor rally to retest 1500 or 1533 before returning downside unless the 1550-1555 zone is breached. To the downside, 1451 and 1400 are the next bearish targets once 1480 is broken downside.

From the Elliott wave perspective, Gold might have peaked at 1555 after completing a long term wave pattern with a double top reversal pattern. Its price has dropped but there are still traces of the bears. In the last update, we used the chart below to show a head and shoulder pattern was emerging to add to the double top pattern. 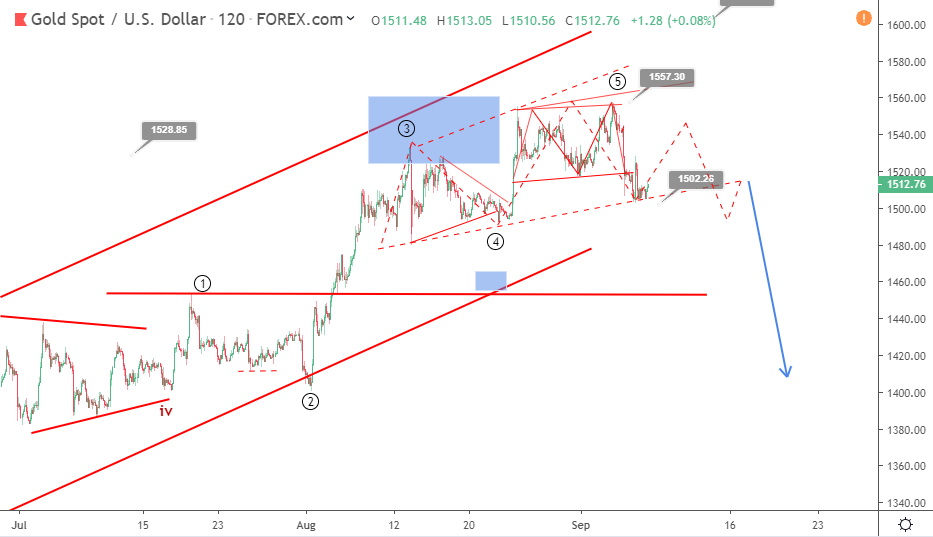 The head and shoulder pattern was slanting. The price has now responded with a dip below 1500 without the second shoulder bounce. The new chart below shows the sub-wave of the current dip and what we should expect next. 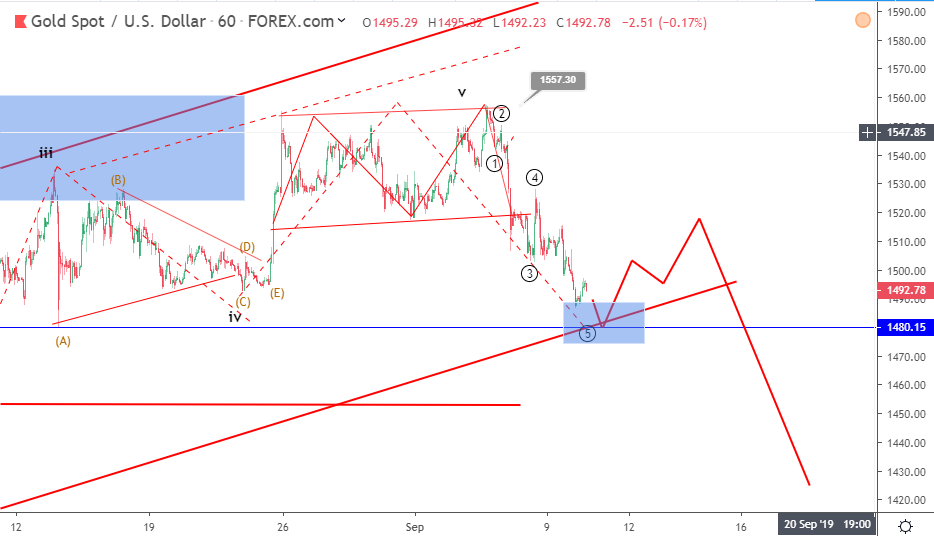 Gold might have a minor bounce at 1480 and its neighbourhood before it continues downside. Having said that, a non-slanting head and shoulder pattern could still happen. However, in general, the bearish correction is expected to dig deeper to 1451 and 1400 resistance levels.