October 07, 2019 | AtoZ Markets – The precious yellow metal continued the bullish trend last week, just at the beginning of October. The metal was lifted from 1458 to record its biggest gain in a straight week since August. However, after hitting 1519, it retreated to 1495. Afterwards, it recovered slightly to 1511 following Friday’s US employment reports. Eventually, it ended the week very close to 1500 and has been a bit unchanged this week. It seems the bullish trend will continue above 1557 but much will depend on the US-China trade talks coming later this week.

The US-China trade talks will resume this week after months of tariffs war between the two countries. The last two weeks were dominated by President Trump’s impeachment enquiries, UN assembly meeting and other geopolitical issues. It looks very clear that the US-China meeting this week won’t be approached softly and none of the parties would want to compromise – talk of tough negotiations. The market, therefore, might not expect a deal to happen. What is more likely is that there would be another date for more talks or even a truce. However, prior to the meeting, Gold might remain stuck between 1522 and 1490. Going forward, the uncertainties and risks of a ‘no deal’ scenario will increase the demand for the safe-haven metal and thus set its price toward 1600. On the other hand, an amicable deal will see money flow away from the metal and its price will fall fast. However, this looks less likely.

The current minor dip is expected to be limited above 1470. Anything below will be a threat to the bulls. The corrective dip from 1557 ended at 1459 and the price has responded with a big bounce. In the last update, we used the chart below. 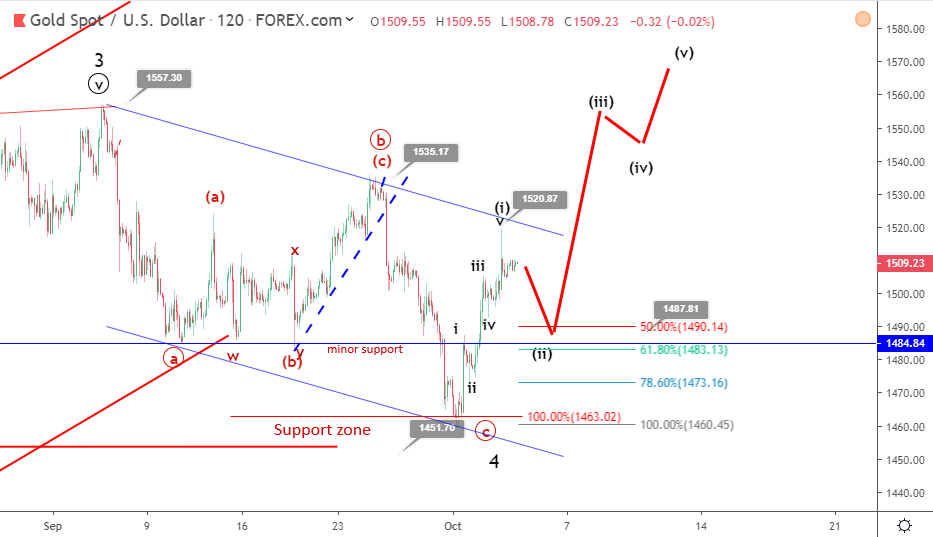 Prior to the NFP, we expected a corrective move to the minor support at 1484 for wave (ii). Wave (ii) is still developing into a double zigzag pattern as the new chart below shows. 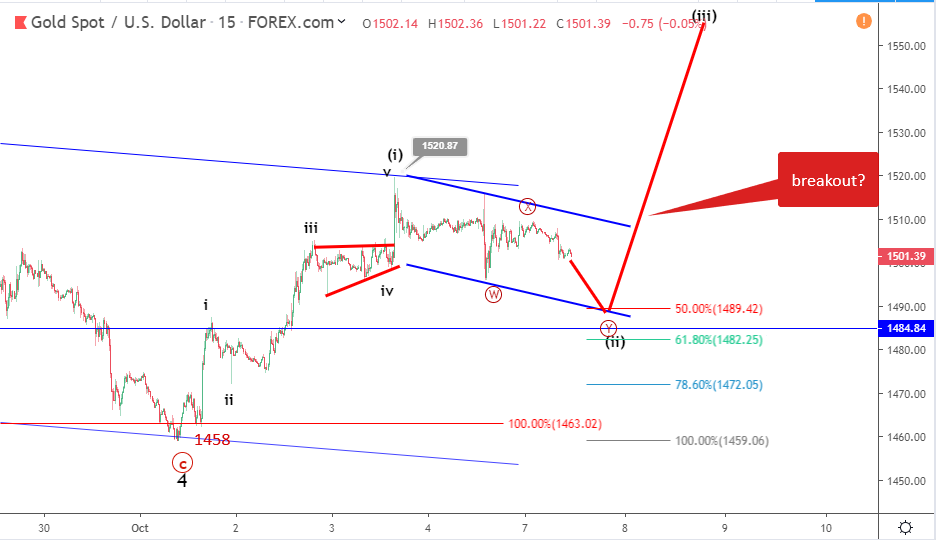 A The dip could continue to 1489 or 1482 before a bullish breakout. If the price breaks above the wave (ii) channel, we should expect further rallies to 1557 or higher.