3 December, AtoZForex.com, Lagos – Gold is coming out of one of its worst months in years, and the yellow metal looks set for further losses. The metal lost about 7 percent in November, concluding one of its steepest falls in a month in over two years. With more potentially negative fundamentals on the calendar for the metal, many analysts foresee a further loss in value.

Topping the list of catalysts which have driven gold’s steep decline, is heightened expectation of a December rate lift off from record low levels by the Federal Reserve. A string of data scheduled to be released before the central bank’s December policy meeting are also expected to potentially weight further on the metal. One of which is the November jobs report to be released on Friday. It serves as another indicator of whether the U.S. central bank will move in December. According to the CME’s Fed watch tool, 78 percent of traders now expect a hike in December.

The ADP non-farm payroll report released yesterday hints on the possibility of a strong jobs report on Friday. The report showed a positive leap in jobs added as the US economy managed to create 217K estimated change in the number of employed people during the previous month, excluding the farming industry and government. This added further strength to the dollar, sending gold down to fresh year lows.

Also of high importance to gold is the European Central Bank policy meeting scheduled to hold today, where it is expected that the bank will announce further monetary stimulus measures. These are events which are likely to see the dollar rise further and sink gold more. 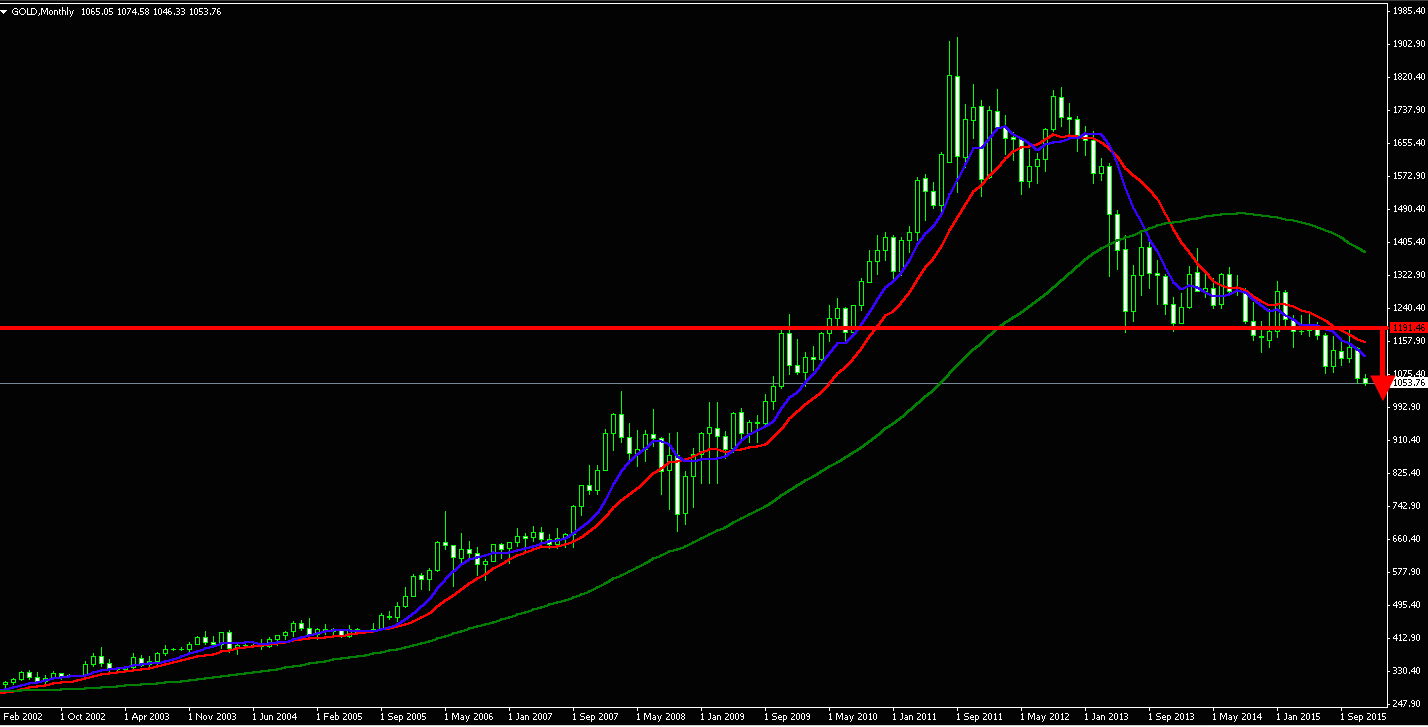 October was more of a positive month for gold, however, the metal was simply setting up for a crash. Besides the obvious fundamental factors stated above, which support the gold crash, technically, the metal had formed a bearish price action signal. This signal was fully formed by the end of October at a resistance level, and served as another catalyst for the steep drop.

If the Fed commences rate hikes in December, gold may well fall to the $1,000 region.