The upwards sloping trend in GBPAUD remains inatct as the pair has recently rallied of a support at the bottom of a small channel and the 50 week SMA. The price surge occurred when momentum fell to the most oversold level in 2015.

“We suspect price will break above the channel, creating a bullish flag pattern. Price pattern measurements estimate targets of 2.3374 and 2.4675,” Bank of America Merrill Lynch projected.

Recommending to place a stop below the channel and 50 week SMA support at 2.025.

Recently, the precious metal has been forming a bullish falling wedge near a major long term support at 1025 – 1000 area.

"This wedge is nearly complete but ideally we expect one more bounce and new low to satisfy this final 5th wave," Nomura noted. 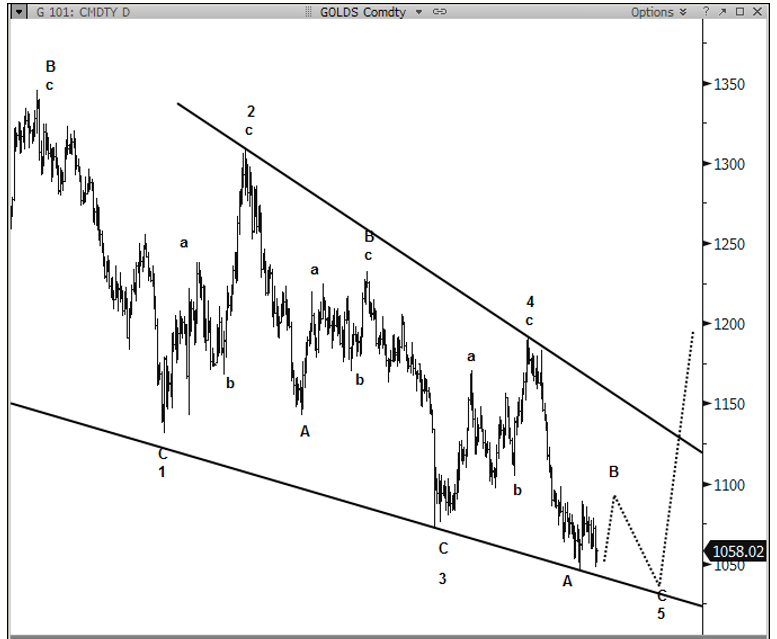 As soon as the wave-B is formed, last leg in the wedge can be continued.

The next support area near 120.30 where old pivot line, an up-trend line and symmetry target align.