Gold has broken below the 1200 handle for the first time in the last 4 weeks. Will price drop further? What are the next important levels to watch?

This week, Gold has broken below a big bearish zone. On 11th October price broke out of the 1204-1214 without any notable barrier, to complete the 4th wave of the year long bearish impulse wave C of a long term Flat pattern. In the last update, the Elliott wave analysis of Gold from daily for intraday day was discussed in details. Since the drop below 1212 this month, price was expected to continue downside as the 4th wave completed at 1243 with a zigzag pattern. To further support the bearish scenario, price broke below 1204-1214 which was expected to serve as a strong support zone easily, to hit its 4 weeks low. Currently, Gold is trading below 1200 and at the edge of breaking below the channel of a 5-6 weeks Zigzag pattern. 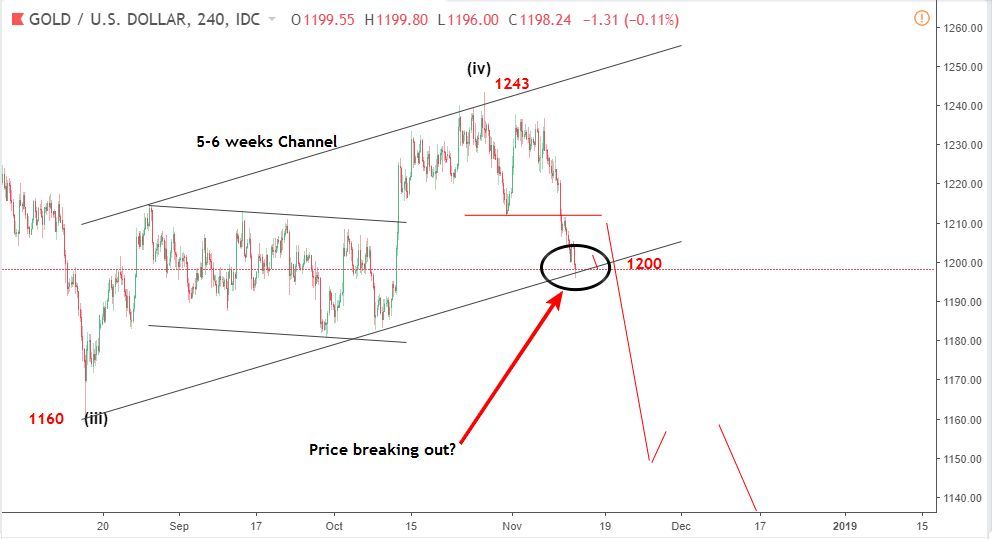 Price is at the base of the 5-6 weeks channel just below 1200. A drop to 1180 is very much likely to follow before 1160. From 1243, we started a new bearish impulse wave which is expected to be the 5th wave of wave C of the long term flat pattern. The chart below shows the intraday wave analysis from 1243 – an update of yesterday’s forecast. 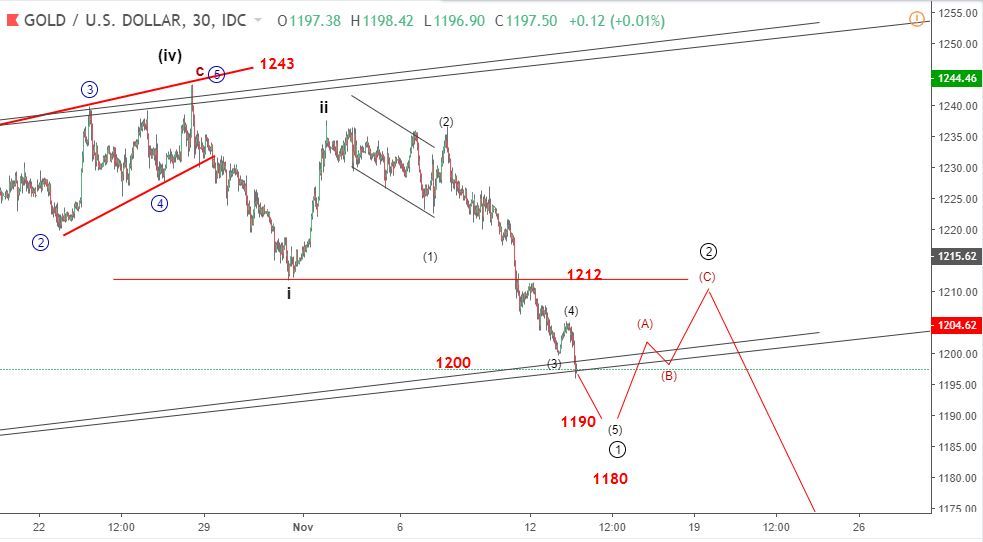 Price moved exactly as expected – dropped away from 1212 without a heavy retesting. The current dip should continue to 1190-1180 before a retest of 1200 or 1212. The next bearish targets are 1180 and 1160 after the a bullish correction which is expected to be limited below 1212 ends. A bullish spike above 1212 might not be too good for the bears.