Bitcoin whales sold huge amounts of BTC in February, according to Glassnode, a data aggregator on the crypto market.

February 24, 2021 | AtoZ Markets – Some of the big bitcoin holders have taken profits at highs. According to the analytical company Glassnode, since the beginning of February, cryptocurrency whales have sold more than 140,000 BTC.

Glassnode analysts call “whales” bitcoin holders with reserves of more than 10,000 BTC. They have been accumulating BTC reserves for a long time, even in January, the whales added over 80,000 BTC to their wallets. However, profit-taking began in February. According to the Glassnode report, large holders got rid of 140,000 BTC worth $6.72 billion. 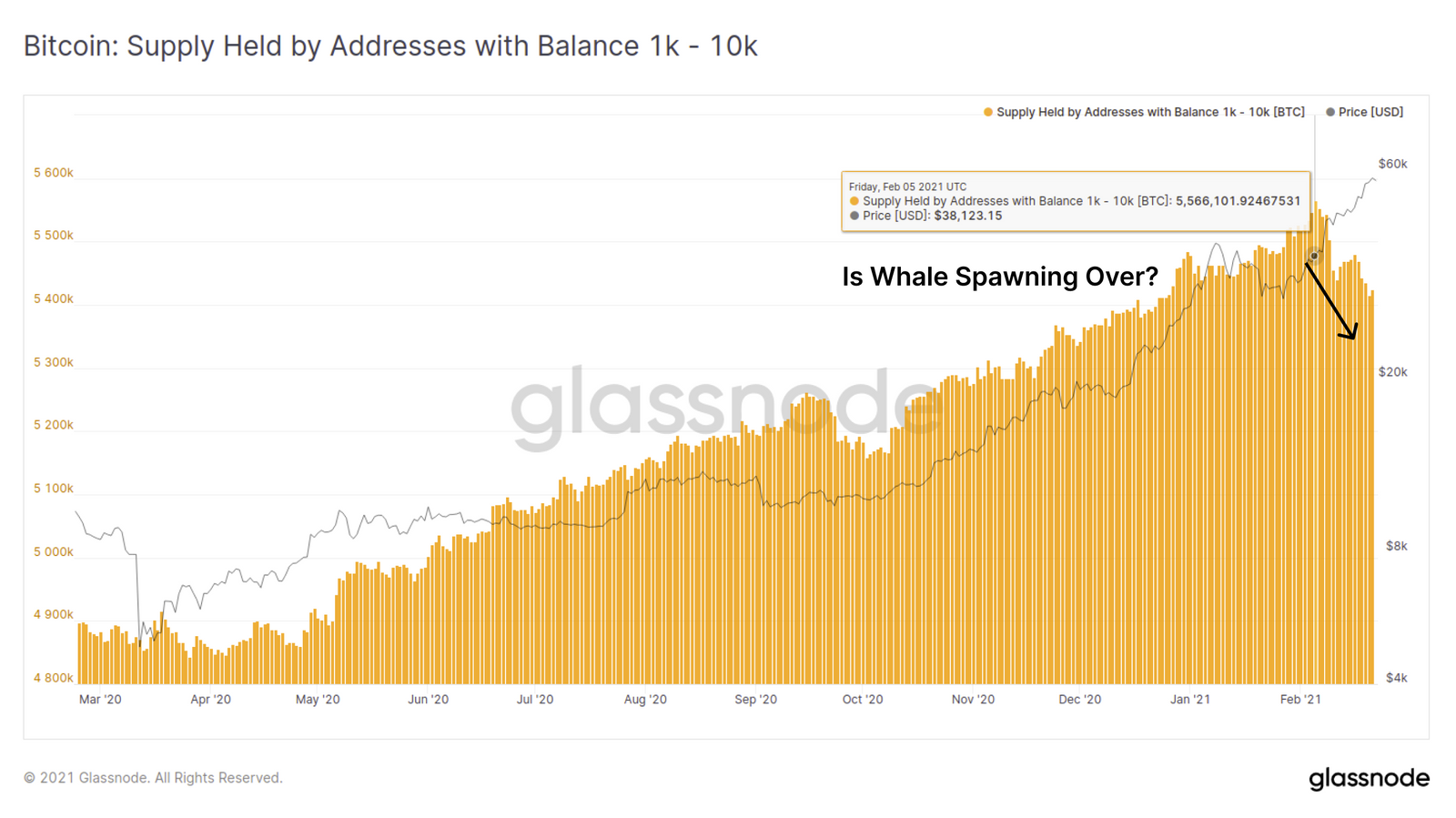 As for the owners of wallets that store from 10 to 100 BTC, they are getting rid of the reserves of the first cryptocurrency for the fourth month in a row. Since November 2020, they have sold a total of 128,000 BTC.

After reaching a historical maximum of $58,300 on February 22, already on February 23, the rate of the first cryptocurrency fell to $46,000, falling by almost 25% in a few hours. This is quite correlated with the profit taking by large BTC holders.