Get VIP Trading Signals Market Watch
Trade Now Your capital is at risk.
According to the analytical company Glassnode, miners have been accumulating stocks of bitcoins lately, while long-term investors are selling their savings to take profits.

According to a report, the outflow from miners has decreased in February, despite a large number of sales by minors in January. 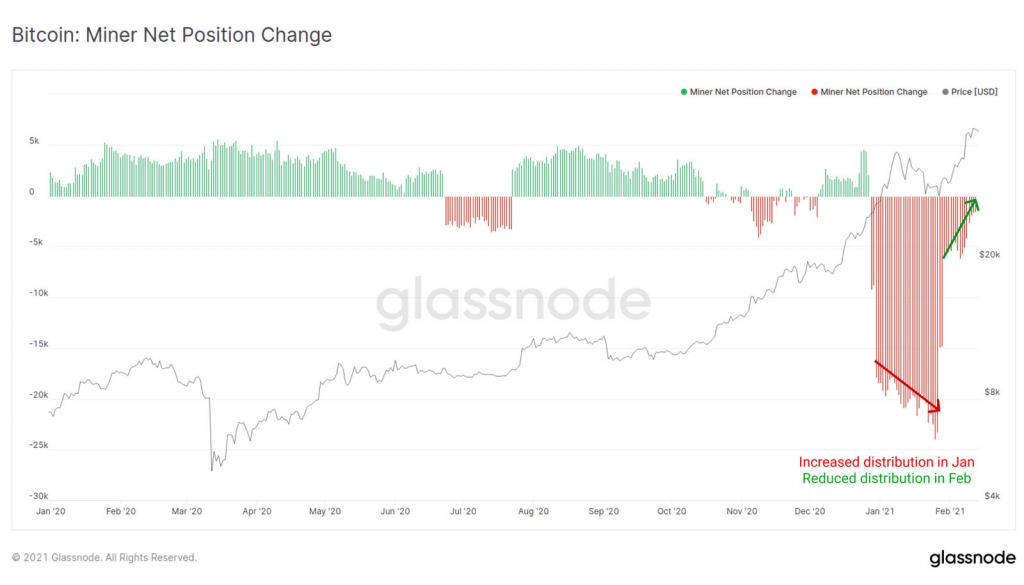 The report claims that miners and long-term investors are the two major sellers of Bitcoin in the bull market.

According to Glassnode, declining miner outflows can be inferred as bullish, with miners either having already covered their costs of operation or stockpiling coins in response to Tesla’s $1.5 billion Bitcoin investment:

“This suggests that miners have either completed adequate sales to cover costs, or could also mean they see Tesla's vote of confidence as fair reason to keep a strong grip on their treasuries.”

As miners are currently accumulating BTC, they conclude that the majority of coins sold in the market are made by long-term investors.

The report notes last week’s ‘Elon Candle’ — with the single-largest daily candle in the history of BTC being posted the day after Tesla’s investment was announced, causing a price increase of 18.5% in 24 hours on February 8.

Glassnode looks at Bitcoin Average Used Output Life (ASOL), an indicator that measures the average life of all used transaction outputs, and concludes that long-term investors have used Tesla news to secure profits.

Glassnode points out that Coin Days Destroid (CDD), an indicator of Bitcoin that hasn't been used for a long time, also indicates that old coins are being redistributed. In conclusion, Glassnode said that long-term investors have been profitable since October when BTC exceeded $12,000.