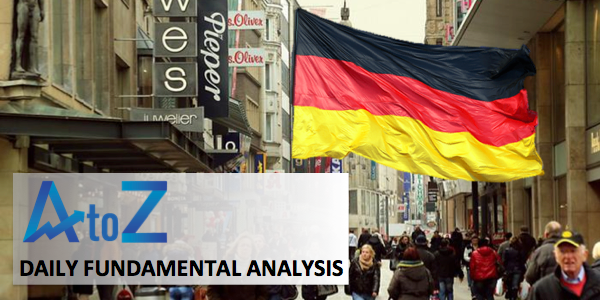 The Reserve Bank of New Zealand’s Financial Stability Report showed that the policy makers are generally positive on the economy, stating that: The financial system is sound and operating effectively, supporting growth in the economy. Bank capital, liquidity and funding buffers remain above required minima, while asset quality and underlying profitability are strong. Regulatory changes over recent years have helped to improve prudential standards for banks, non-bank deposit takers (NBDTs) and insurers. The key risks to the economic growth are Household sector debt is high relative to incomes and house prices are overvalued, the dairy sector, which is experiencing a sharp fall in incomes in the current season due to lower international prices and global financial conditions, which remain extremely loose, in part reflecting recent monetary easing in Europe and Japan aimed at supporting economic recovery.

Germany’s first quarter prelim GDP released this morning showed that the country continued to grow, but at a slightly slower pace as the actual release came at 0.3%. This came below forecast of 0.5% and caused the Euro to fall in the minute after release as Germany Prelim GDP disappoints. 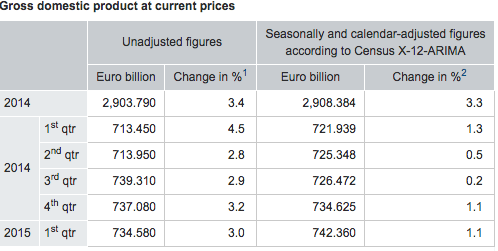 A big day for the UK as the Average Earnings Index 3m/y alongside Claimant Count Change is due by 8:30 a.m GMT. Estimated release for both is 1.7% and -20.5k respectively. The major highlight of the days news would be BOE Gov Carney’s speech on the BOE Inflation Report. Being the first report after the political transition, it will be important considering the 3.4% rally of the GBP against the USD since the election results.

We also have the Core Retail Sales m/m and retail sales m/m from the US. They are forecast to come at 0.4% and 0.3% respectively.