German DAX index has managed to push through the 11,751 resistance level overnight, helping point towards a continuation of the gains seen since Tuesday’s lows.

Providing support amidst global trade uncertainty is the Chinese yuan’s stabilization against the dollar and the prospect of a meeting between the US and China in September. There are no major economic releases today and trade sentiment should dominate price action on the DAX.

The DAX fluctuated between gains and losses within the range of 11550-11750 before ending 82 points higher at 11650. The short-term uptrend may persist as the index is seen recovering since bottoming at 11444 on Tuesday and the daily RSI reading has exited the oversold territory. Look to the 200-day MA at 11650 to determine near-term direction on the DAX. 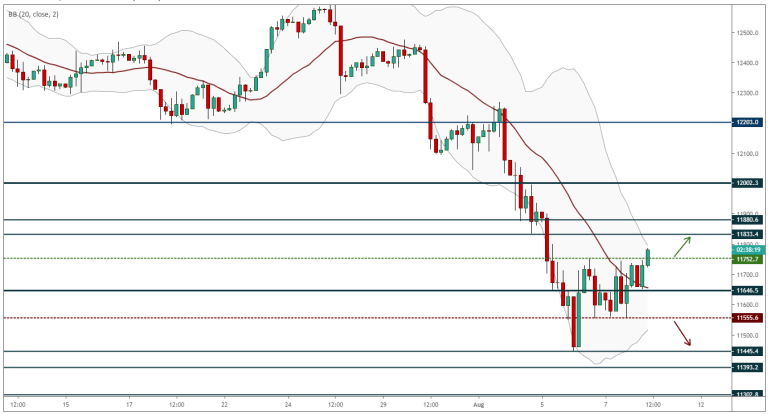 Forex Weekly Fundamental Outlook- Focus on ECB and US CPI

Best Australian Based Forex Broker in 2021

Toronto Stock Exchange Launches Ethereum ETF Trading
Forex Crypto
Top 5 Forex Brokers
Top 5 Crypto Exchanges
Your subscription could not be saved. Please try again.
Thank you for subscribing. You will be the first to receive all the latest news, updates, and exclusive advice from the AtoZ Markets experts.
Everyone is reading
SEC vs Ripple: Court Orders SEC to Disclose Its Cryptocurrency Policy
Can Ripple Break Below $0.55 Significant Event Level?
Ethereum Facing Support Around $2,300 Price Area - Will Strike Upward?
close ×