Bearish movements for the GBPUSD saw a long downside shadow towards 1.516 before an intraday support at 1.5200 gives rise to retracement hopes today. Resistance at 1.5277-1.5300 would likely resume normal service for the drop to resume, while a breakthrough higher could see the pair return to 1.5400. 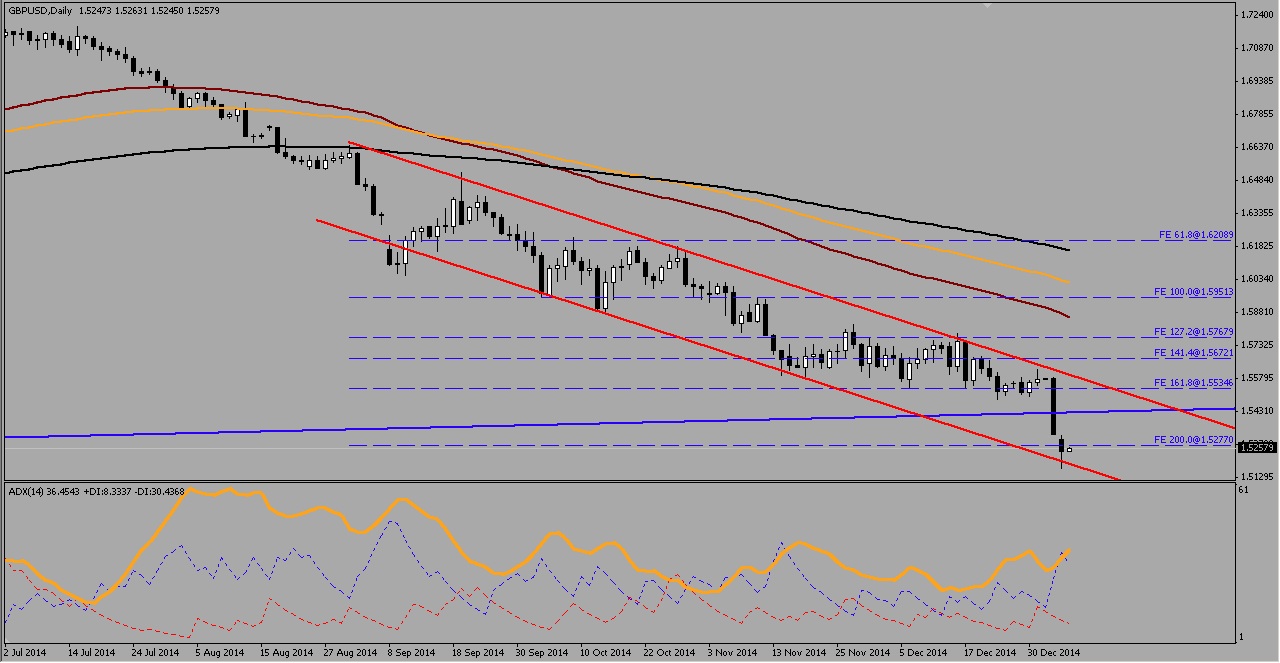 Cable has come to exhaustion at the bottom of the downtrend channel. 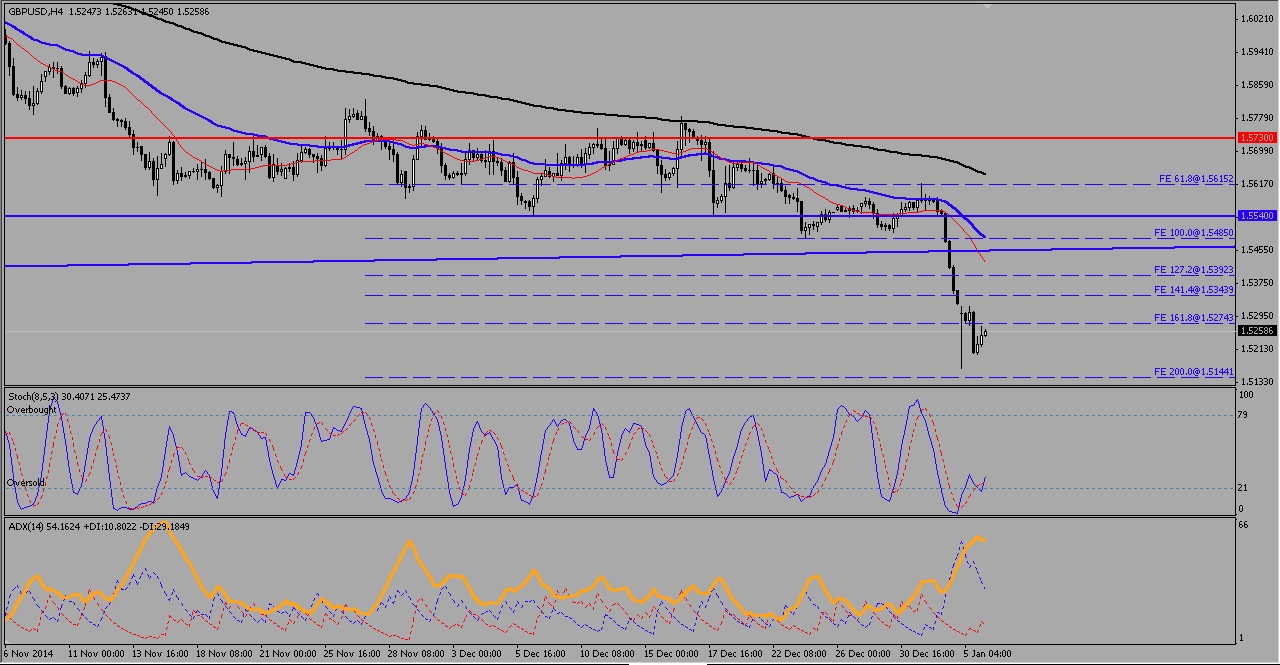 A minor retracement has occurred at 1.5200 during Monday trading and could see a rebound towards 1.5400 should 1.527 and 1.534 be broken upwards. A slight dip in the ADX could see the bearish momentum drop and change course for a retracement.

Later today during the U.K session we await the Services PMI data, which if last month’s figures were to be a benchmark, is expected to show modest growth again this time round. Yesterday’s construction PMI saw a dismal 57.6 reading, way lower than the expected 59.2 figure. GBPUSD slides to 1.5200 support intraday before a mild correction during the New York session going into the Asian session at time of writing. 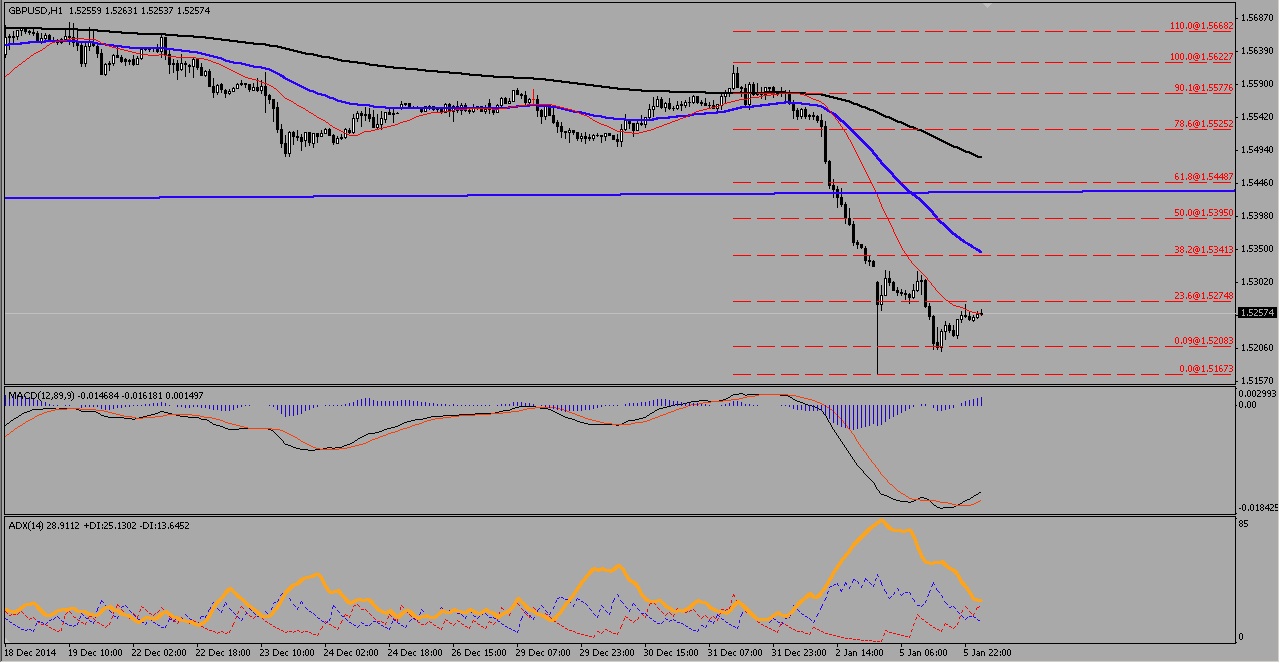 The MACD shows a crossover and a retracement in the downtrend is to be expected. Without a firm return above the 0 level the pair is never in danger of turning bullish.