09 March AtoZForex, Amsterdam — Ahead of the UK manufacturing production data release the London stocks already rebounded. Confirming that the market expected a strong UK Manufacturing data, recovering from the sharp decline that recorded in December.

On the drop this morning, indeed a strong UK manufacturing data got registered, as the Office of National Statistics (ONS) reported a rise of manufacturing production by 0.7% for January 2016.

After three straight months of a declining trend, with the recorded drop of 0.3% in December last year, the UK manufacturing production rebounded. Beating the overall market analysts’ forecast of a 0.2% rise.

Year-on-year was registered at a 0.1% drop

Today’s positive release indicates that the overall economic outlook of the UK is gaining an optimistic boost again, during the time of Brexit sensations. When assessing the year-on-year figures, the manufacturing data got recorded at a 0.1% drop, which is better than the expected forecast of a 0.7% fall. Especially, after a falling rate of 1.7% was registered back in December.

Looking at the UK Industrial production, it has not performed as well as the UK manufacturing production, considering that it only rose by 0.3% for January. Marking a weaker than expected forecast of a 0.5% rise by the market analysts. Yet, it did improve compared to the preceding month, when a decline of 1.1% was recorded.

For the year-on-year assessment, the industrial production marked a rise of 0.2% for January. Basically, it falls in line with market projections, after a fall of 0.2% was registered for a December previous year.

Ahead of the UK manufacturing production data release, analysts expected that GBPUSD could rally if the data would come in strong, beating the market forecast. Considering that previously, Cable also rallied when the upbeat manufacturing PMI got released. 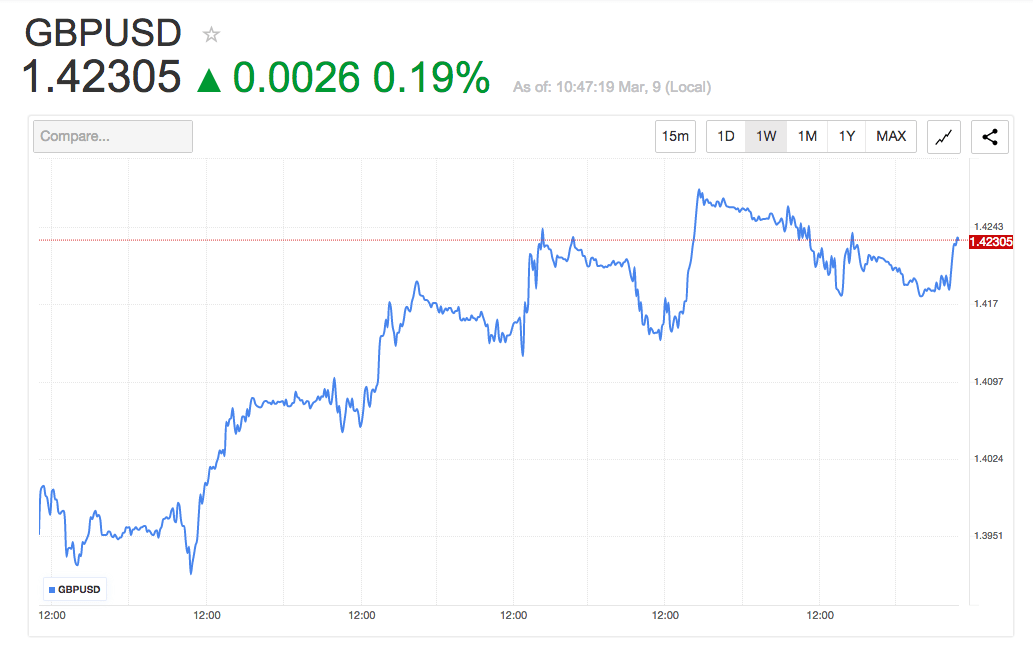 Once, today’s strong UK manufacturing data got release, the pound stormed up above $1.42 as expected. Currently the pair trades around 1.42335, compared to the 1.4230 of before the announcement.