20 September, AtoZForex.com, Vilnius – Clash of the Bank of England (BoE) and the Federal Reserve System (Fed) escalates as the titan opinions over the global developments diverge.

Technically, GBPUSD remains to be bound by monthly boundaries of Fibonacci 61.8% and 88.2% retracement levels at 1.58 and 1.52 respectively. Following a rejections from the lower border, the bulls now rally towards the higher barrier.

To support the view, we have both MACD and RSI indicating bullish daily background. Furthermore, although 50 and 200 day SMAs point to opposite directions, the price has jumped through both of them implying a bullish bias. 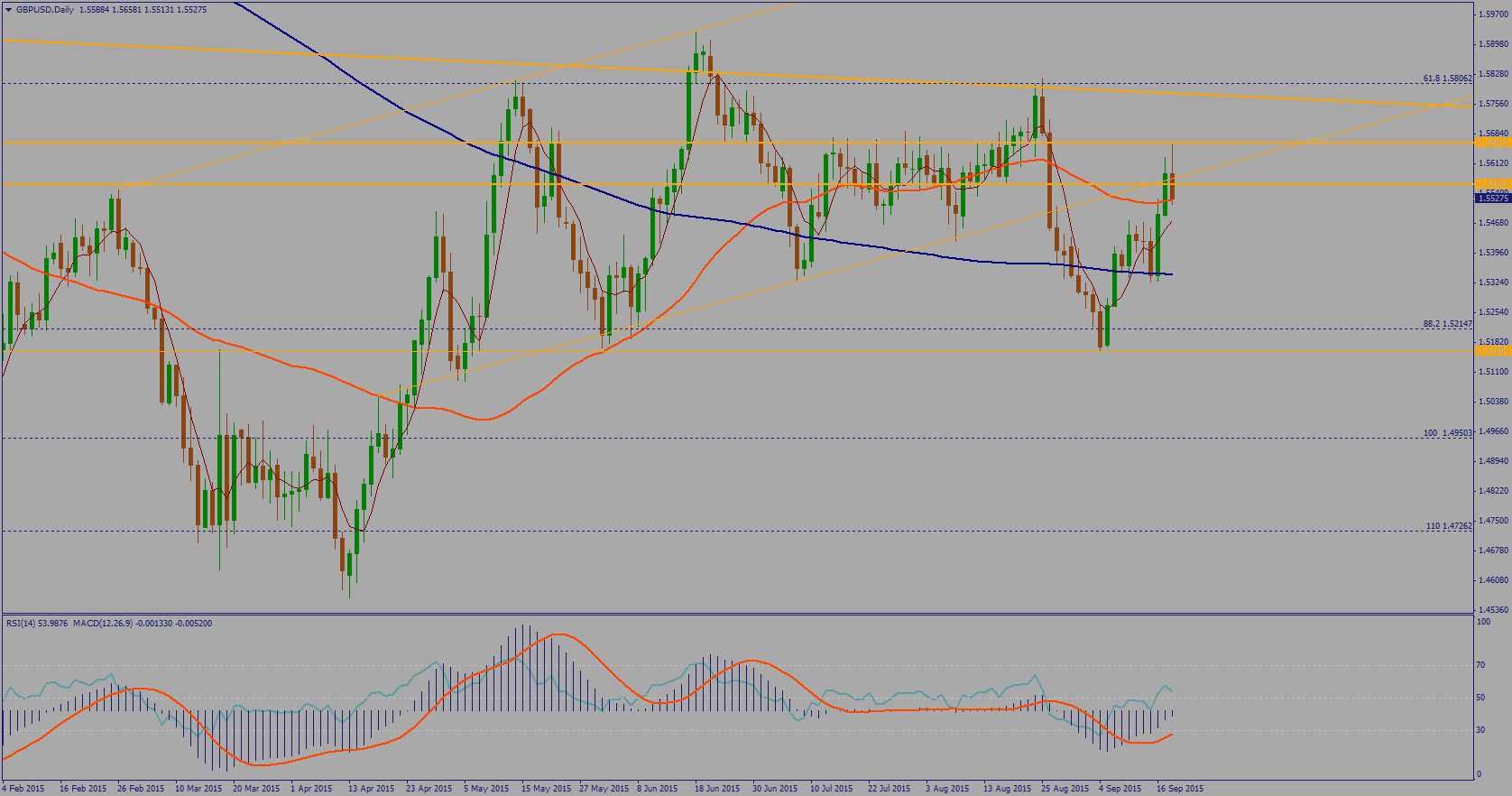 At the recent BoE meeting, the policymakers appeared not to be concerned about the potential negative impact from the Chinese economic slowdown, which is one of the biggest global development concerns.

The Fed, on the other hand, made it clear that the committee is deeply worried about the worldwide developments outside the US borders, weighing on the economic prospects.

As both central banks affirmed to be raising rates, the difference in the fundamental view force the GBP to appreciate against the USD. As such, Friday’s newfound dynamic support of 50 day SMA should bounce the bulls back into action and we would see the initial rally towards the Fibonacci 61.8% retracement level at 1.58 to endure.

Therefore, with a price action bottoming confirmation, we could long GBPUSD to a first take profit at 1.556, second at 1.566 and finally to the initial target at 1.58.